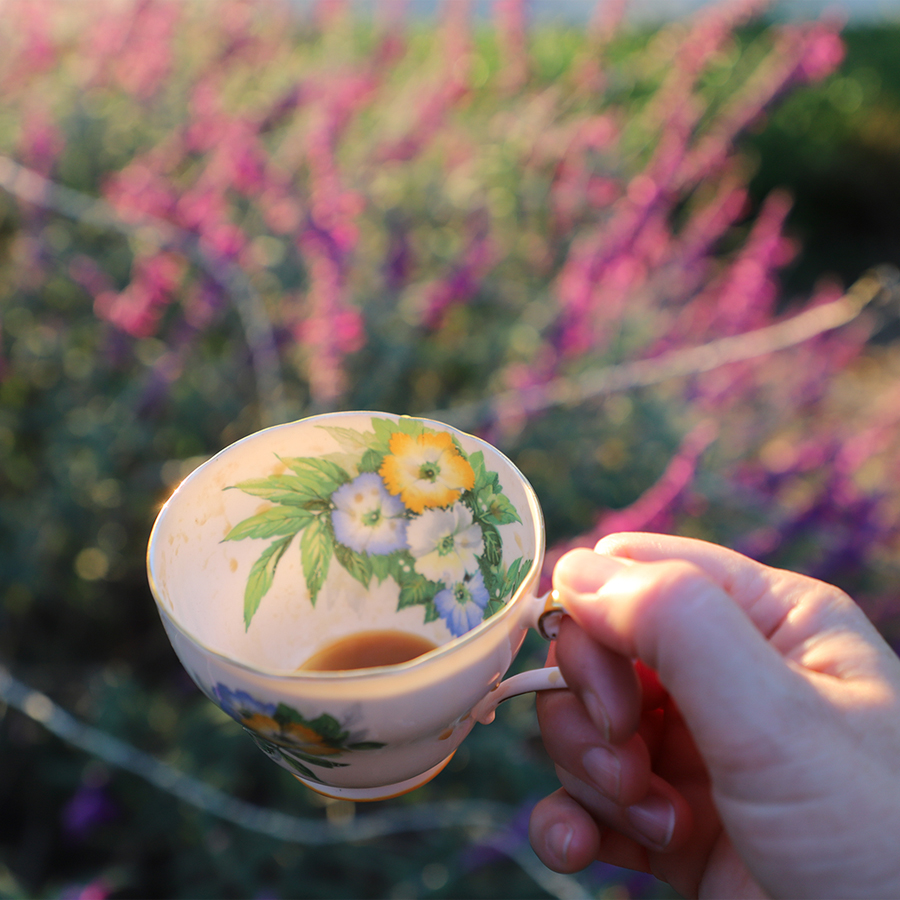 Sometimes I catch golden hour. This shot is from yesterday. I’m shooting a coffee product for a client so I get to take pictures of myself drinking coffee and sell them. Win, win! It’s not this easy but it’s not that hard either.

Yesterday was pretty uneventful. The biggest thing that happened was Bug wore a politically charged t-shirt to school. It was a gift from her dad. I was so worried that she’d get labeled something controversial. That her teachers might pull her aside or worse put something in her file. I worried needlessly. She told me I was more of a problem in my uneducated worrying than her shirt could ever be. “It’s just middle school, mom.” she said. “Most kids don’t even know what you are talking about.” Apparently she’s right because nothing happened except me worrying.

I had to come to see her after school was over to buy her a new violin string. She broke a string while tuning her violin in class. The school is super nice and replaced it for free but I had to show up. There she was standing on the front lawn of her school, chatting away with her orchestra teacher while wearing that shirt. No one said anything. No one even looked at me funny. I guess I’m just a big fat chicken worrier!

But what else is new? We all knew that.

I’m still working on painting my baby shark costumes. It’s coming along, slowly. I’ve been procrastinating on the space costumes and the photoshoot is looming. I hope I can pull it off. I need to sew a cat head and I don’t know how I’m going to do it. I’ll figure something out. I’ve been pondering it constantly. I think I do my most intense work while in the shower. Nothing like warm water running down your back to put you in a deeply thoughtful mood.

I’ve also been working on my puzzle. More than I should. Payam always rolls his eyes when I complain about not having enough time to get anything done but I’m willing to waste twenty minutes looking for pieces to match up. I don’t know what to say. It’s therapy maybe? It is very calming to sit and work on a puzzle. I work on it while I wait for paint to dry.

Yesterday while I was puzzling, Joon offered to make dinner. She wasn’t too keen on what I had planned to cook so she took it into her own hands to make her favorite: Spaghetti Tahdig. It’s kind of awesome having kids this age who will just up and cook dinner or bake a cake if they feel like it.