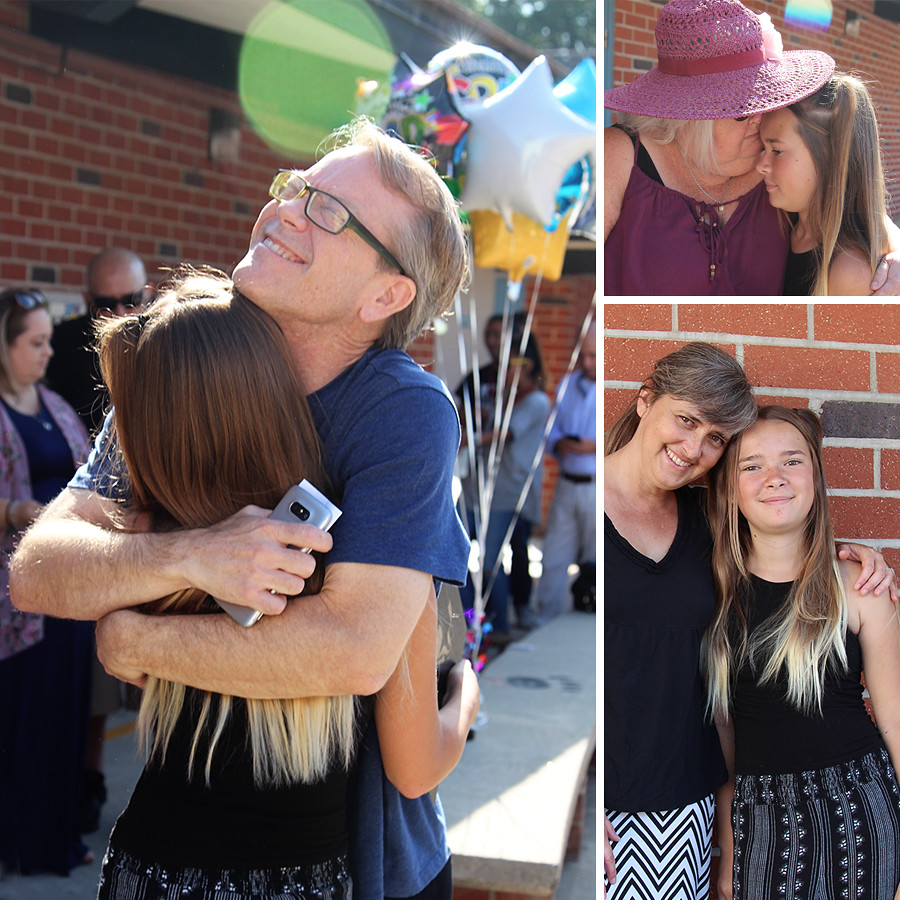 I’ve read a few posts about how silly it is that we make such a big hullabaloo about 6th grade graduation here in the United States.  If I was heading out of town the minute school was over and starting my vacation (or even a week before because let’s face it, the last week of school is pretty much a five week party disguised as free day care) I’d probably agree that it’s a big deal about nothing.  It’s not like they don’t let kids move on to seventh grade. Everybody passes even if you get straight “F’s”. But we didn’t have any big summer plans and I love any excuse to celebrate it so I was into it. 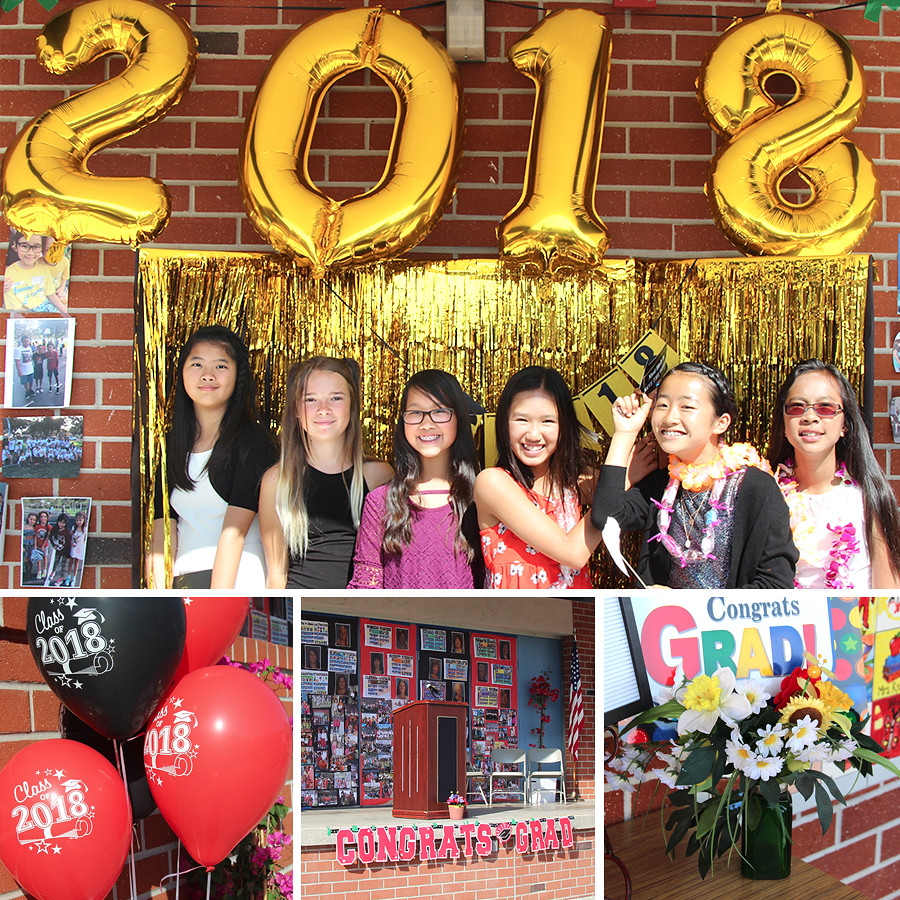 Bug was not it at all. She didn’t even want us to come. She didn’t wanted any flowers or balloons or any fanfare at all. I tried to interview her on the morning of graduation. I asked her if she had any advice for her younger self and if there was anything she’d miss about elementary school. Her straight-faced answer was pretty much as few words as possible. I’m sure mostly just to spite me. It was pretty much: I don’t care.  I don’t care now, I won’t care then and I have nothing to say to my younger self.

But I ignored her and made a big deal out of it anyway because I knew someday she would care. I invited my parents from out of town and everybody showed up. It was a big deal. 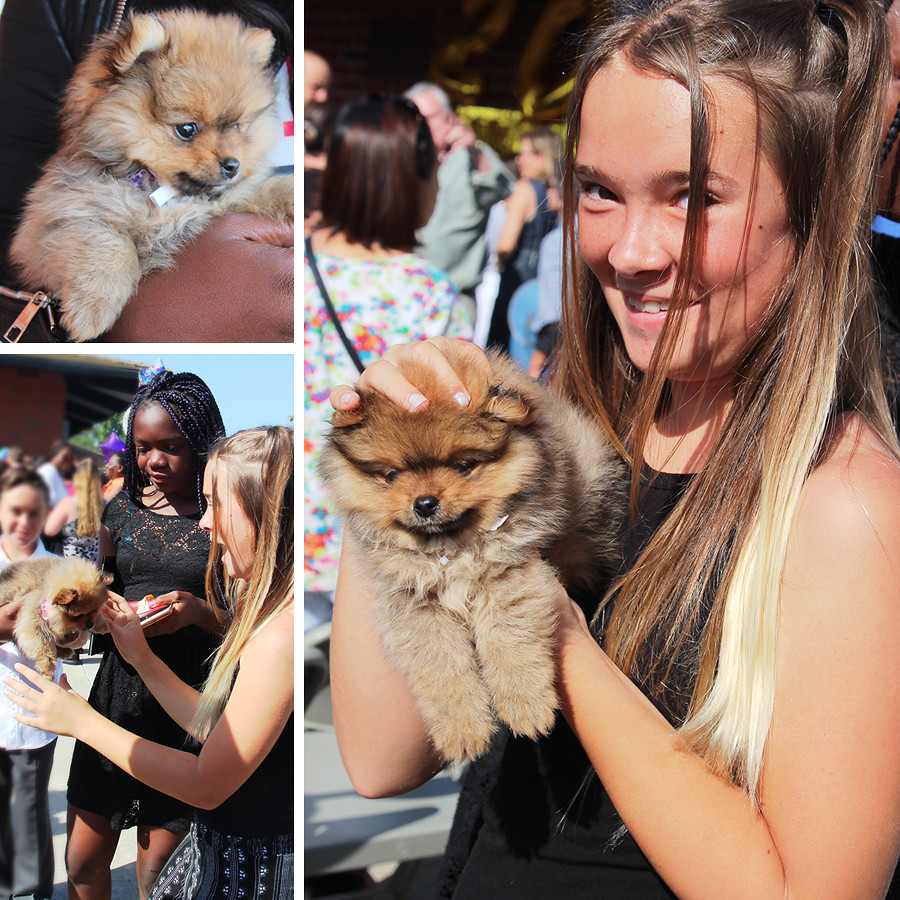 So no flowers and no balloons, right? How about a puppy? Just kidding. We didn’t get Bug a puppy. My friend Sandra showed up with her puppy (Look at that thing!!! It’s like a beanie baby collectible!) and Bug said,  Is that for me? Did you get me a puppy for graduation? I wish. I think a puppy is all she could get excited about for graduation. Too bad we already have two and we can’t really take on any more. 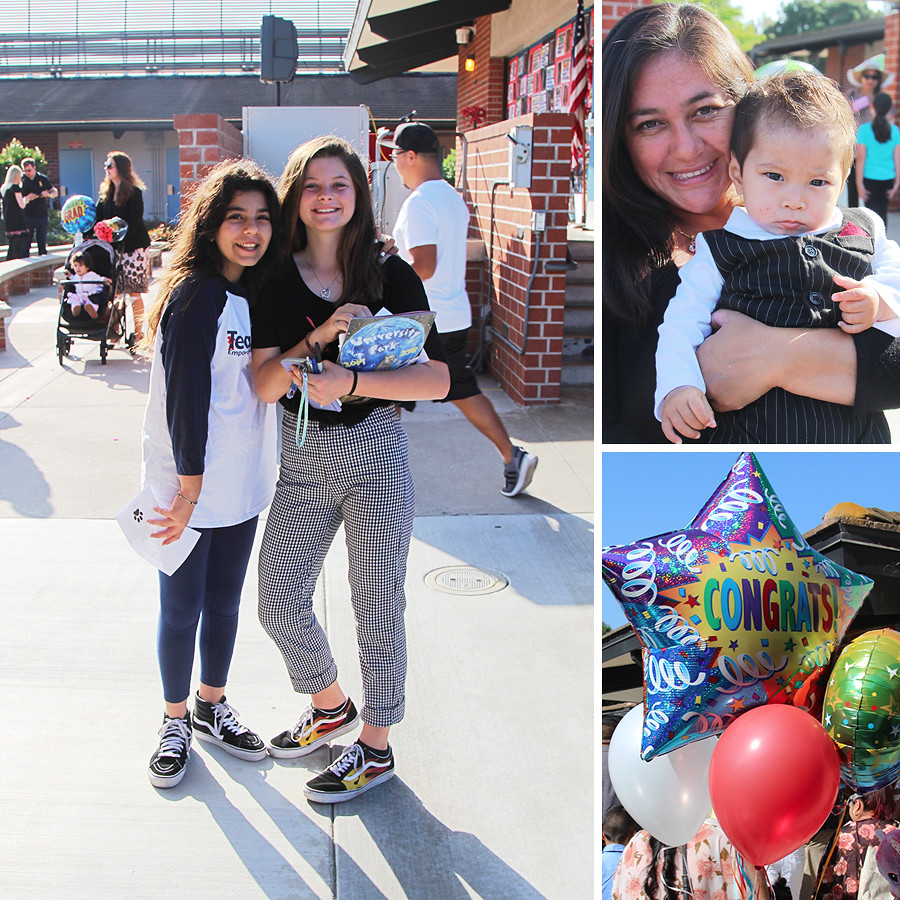 Everybody was there. Joon, who is a grade behind Bug, worked the event as staff. I guess that’s what fifth graders do. They help people find their seats, hand out programs and then sit along side in their own section cheering on each graduate as they cross the stage and receive their fake diploma. It was really sweet. Some kids get more cheers than others so you know I was going bananas and making a fool of myself when they called Bug’s name. I love that kid. 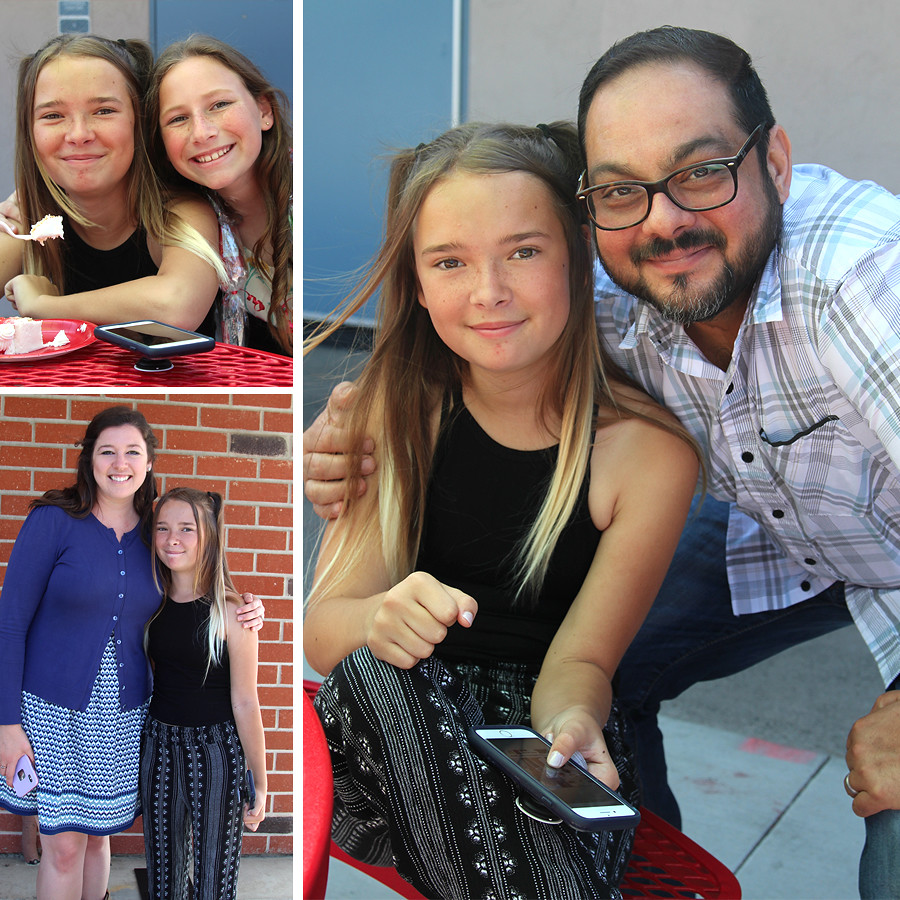 And so does everybody else. She didn’t want her picture taken but we forced her. She did want a picture taken with her teacher which was a huge big honor (pictured in the blue sweater). I really loved her teacher this year.

This was the first time Bug has been in an ESL (English as a Second Language) class. Our school is known for their ESL programs and every student is in mixed languages class at one time or another whether they speak another language besides English or not. Joon has been in ESL classes several times because she speaks Farsi and the school loves to use her as a translator but Bug never experienced that until sixth grade.

Honestly, I was a little worried at first because I thought it might hinder Bug’s learning experience since the teacher had to spend so much extra time on the English-learners but the opposite was true. This class was the BEST thing for Bug. She learned so much compassion for her fellow students and probably got graded harder than ever because she was held to stricter standards. She made friends with people from so many different countries and they formed really strong bonds.

At graduation there were several foreign students who were leaving, either going home to their countries of origin or going to other schools in other districts, and they were crying. They were genuinely sad to leave behind this school that has been their home for years. It made me sad too. I just remember Bug and her group of friends… how they might not speak English fluently but how they held hands and affectionately tapped each other on the head in jest. They are such sweet kids who were so happy to be here. I will miss them. Bug will miss them. I think by the end of the graduation and after the picture taking mobs subsided it started to sink in for her. It’s hard to say goodbye to something was so special. Not to mention the new big world of middle school is scary! 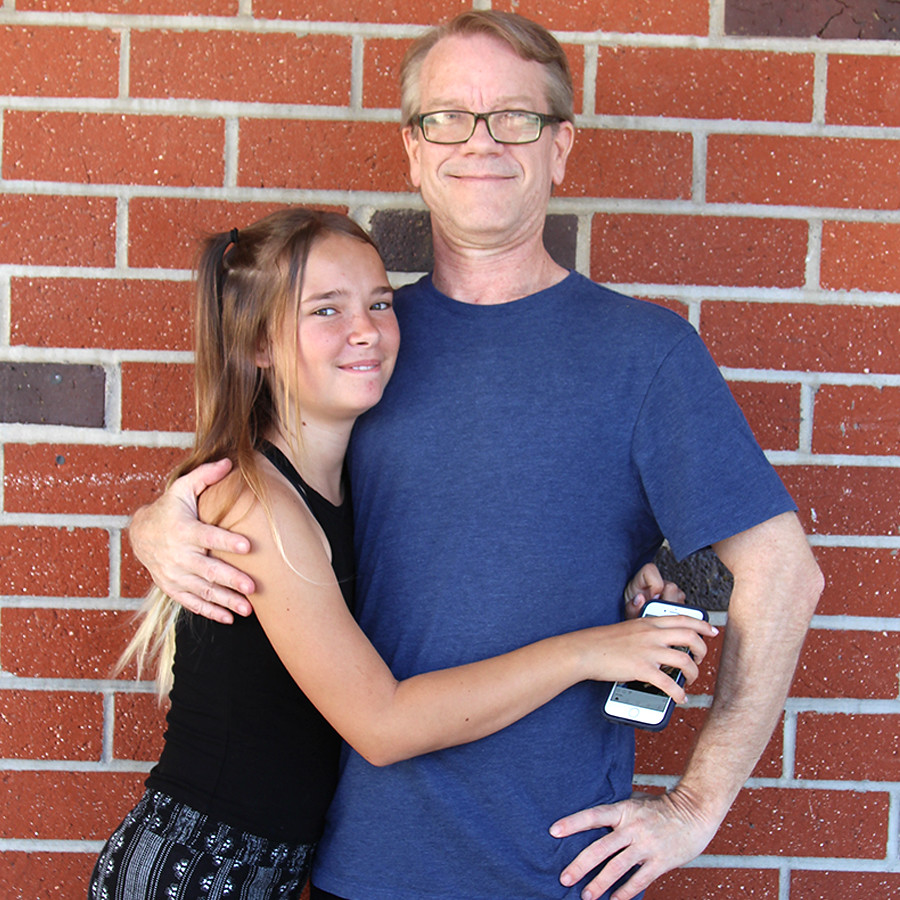 I think the proudest person there was Toby. It was kind of a big deal for him to take the day off from shooting houses to spend hours at this school that he’s always kind of rolled his eyes at. I was really glad he was there. Bug might have been indifferent at the time but I know she will always treasure the memory. 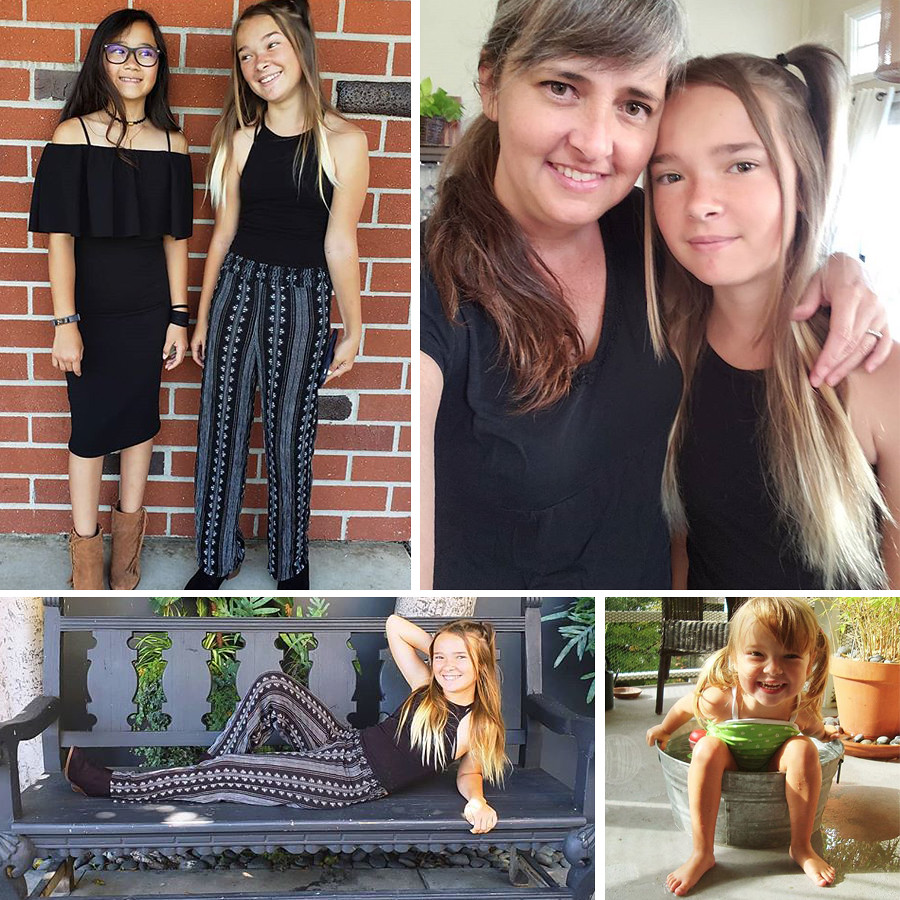 She’s a big kid now. Can you even believe it? I can’t. She’s like a giant now. When I hug her I don’t have to lean over anymore. She sits on my lap when I’m trying to work and takes up so much room I can’t get anything done. Not much different from when she was little but I’m starting to wonder how long this lap-sitting will continue. Of course I keep getting bigger to match so maybe we’ll be okay. Just kidding. I am trying really hard not to get bigger. 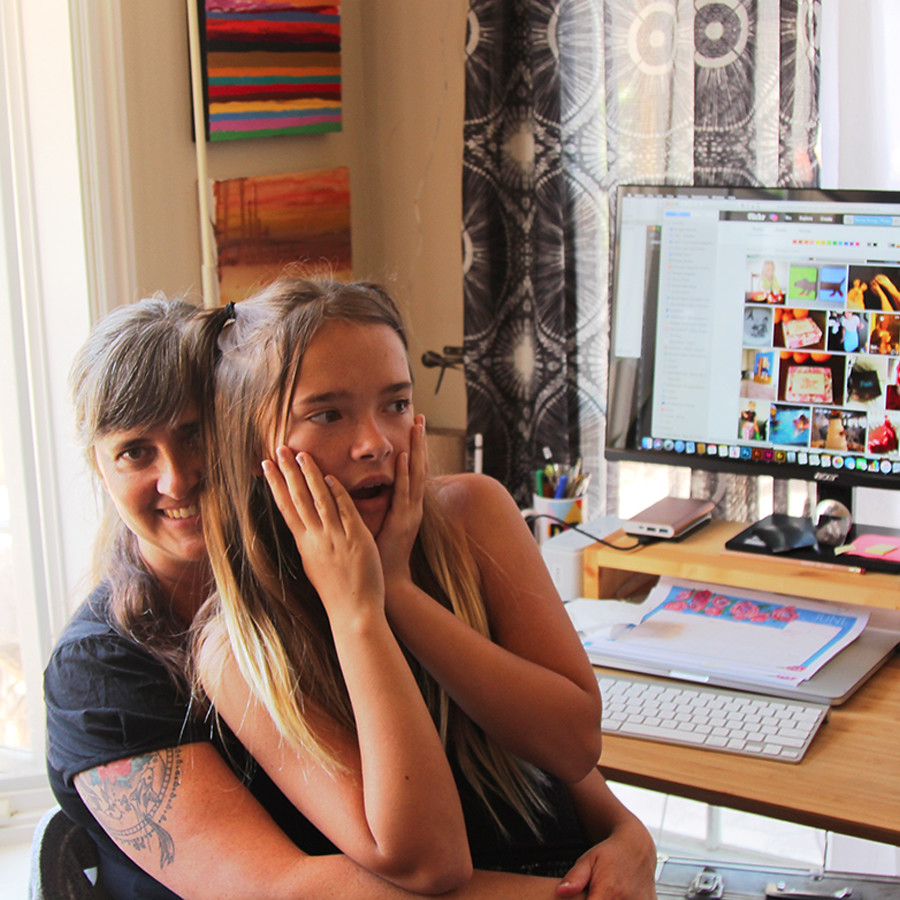 I’m bracing myself for her high school graduation. I can only imagine what kind of feels that will dig up.