I don’t know if you know this but every month I try to make a new banner for my blog. This is silly since I rarely ever post here any more but I continue to attempt to do so because it’s a good exercise for me illustratively and it comes in handy when I make up my yearly SAJ calendar (that I really need to get a hop on right about now.) I updated my banner and I wanted to show it off on instagram but I had this really old moldy Japan post up! That means it’s time to blog. And what do you blog about when you haven’t blogged in a month? A mish-mash catch up of instagram photos of course.

Let’s see… what happened in the month of October. I came back from Japan. It was great when I first came back with the dregs of jet lag still hanging on. For about two days I was not a morning person and I could stay up until midnight watching tv. That was fun. While it lasted.

The girls loved all the presents I brought back for them. They’ve worn their costumes for days on end, as costumes and as pajamas. I wish I had bought more yukatas. Isn’t that how it always is? When you’re in another country you feel bad spending so much money on souvineers and wasting all your time shopping but when you get back you wish you had gotten three times as much as you did! Oh well. I guess that’s what makes imports so special. 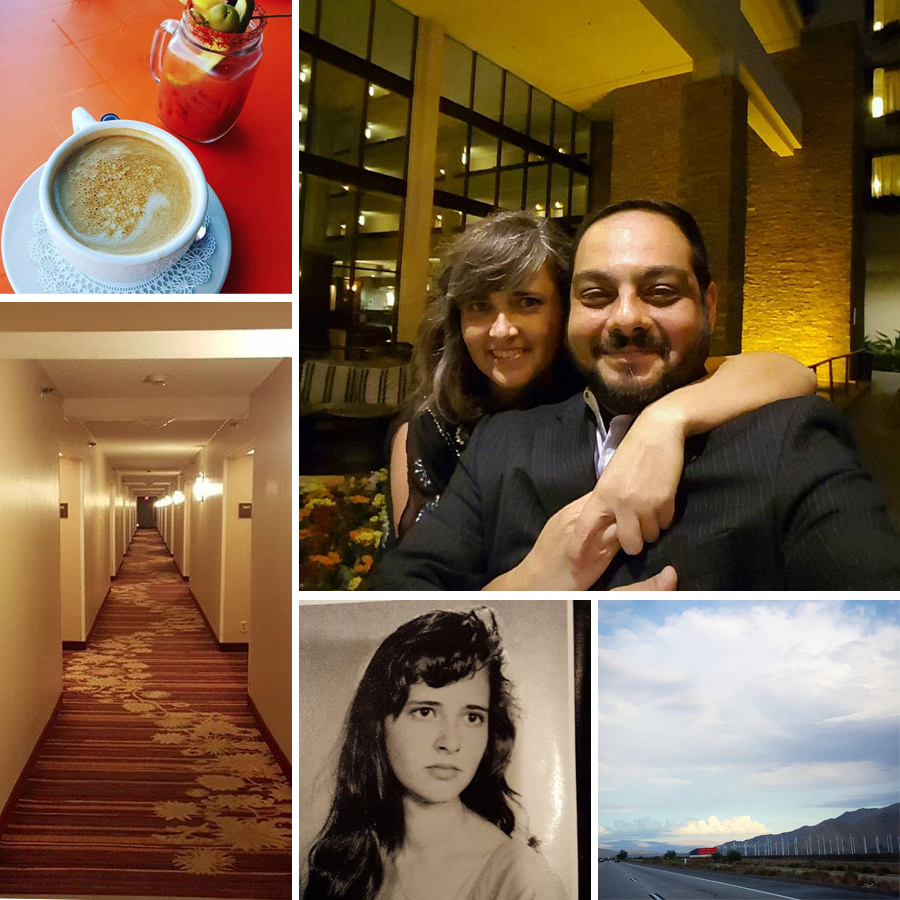 The weekend after I got back from Japan I attended my 25th high school reunion and it was a big ol’ bust. But it was fun to spend a weekend in Palm Springs with my main man. I was looking forward to showing him off to all my old classmates but only 15 of them showed up. It was fun still. Not worth what I paid for in tickets and dinner and a hotel room but oh, well.

And THEN! the next morning I woke up to a cockroach on my pillow. I kid you not. Four inches from my head a small brown beetle stared me back in the face, his antennae wiggling as if to say hi, good morning, welcome to the desert! This was not the romantic luxurious morning I had planned, especially since it happened at 7am. So we packed our bags in a dramatic rush and checked out. They comped us our room, which was nice but I’m not too excited to stay in JW Merriot any time soon. 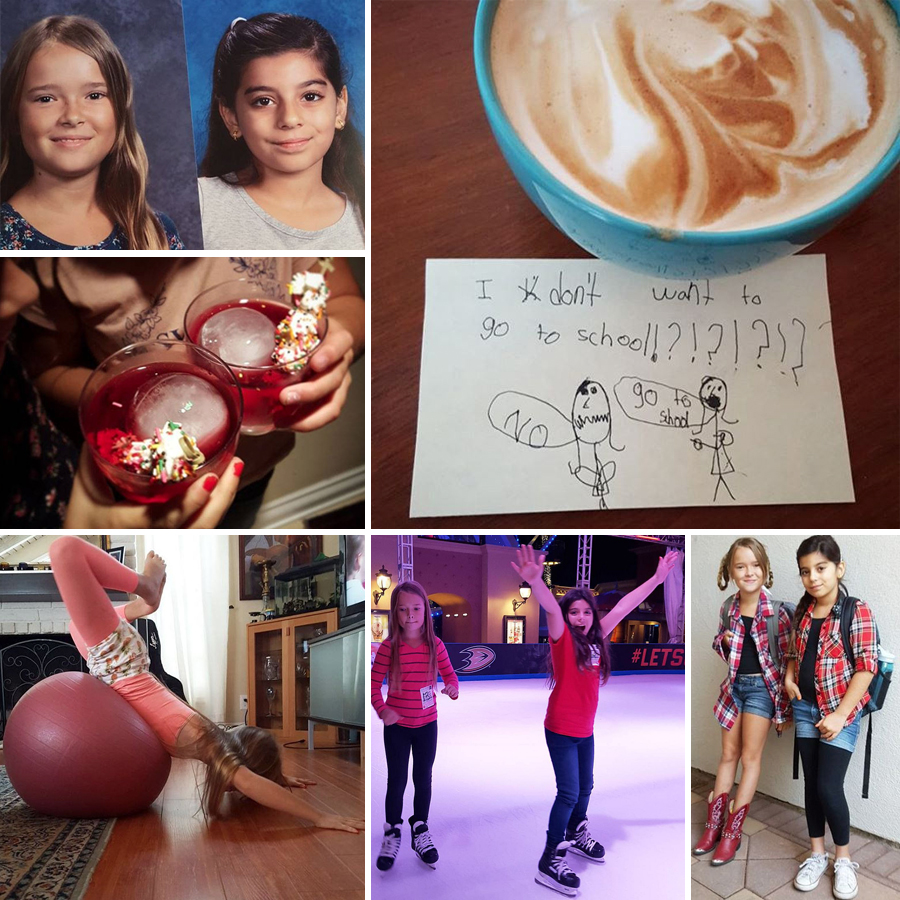 Then back home to a week of single-parenting! Payam had a business trip for a week in the bay area and I was on my own. How did I do it? Of course one kid is easier than two but I swear it’s my kid who wore me out the most. It was drama drama drama with these two. Nothing too terrible just constant bickering and challenging me on every decision I ever made. I can say that I’m glad there is no real underdog in this group. They both stick up for themselves loud and clear. No kid is getting ignored in this family! 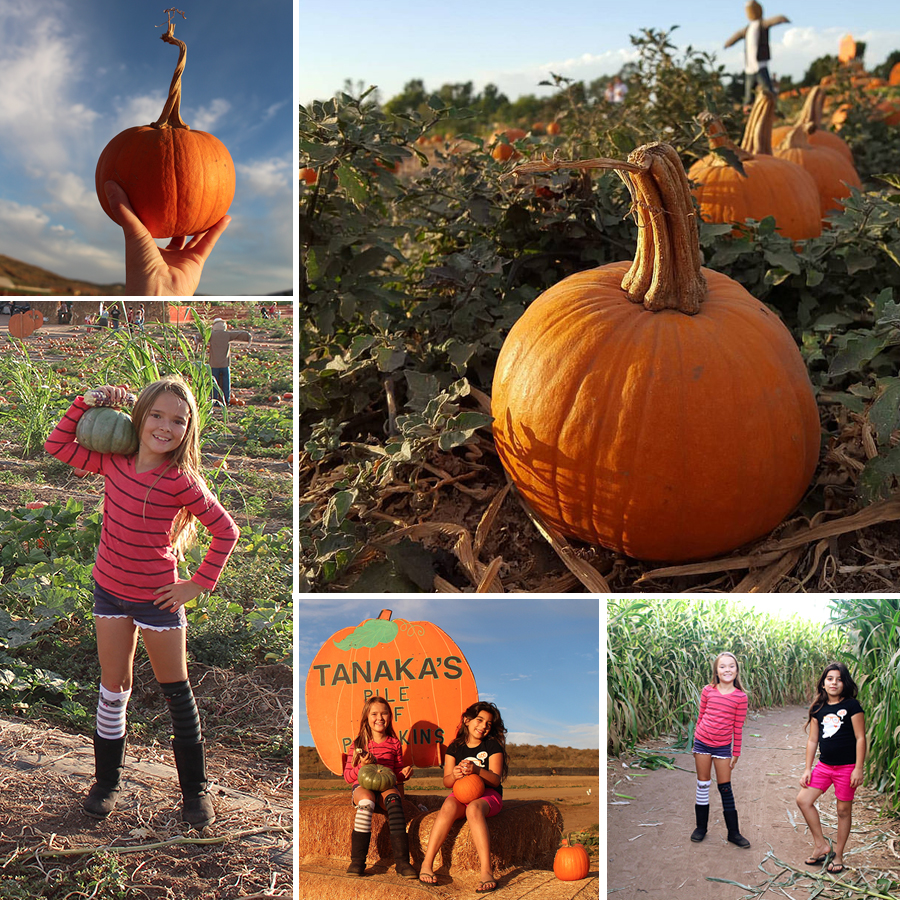 We made the most of our time though. We hit not one but TWO pumpkin patches and then ice skating too when Payam got back. Boy was I glad to see him. I underestimate how much of a support he is in just handling decisions alone. I love my kids and I love parenting but it’s sooo nice to have someone else back you up once in a while. I didn’t realize how mentally exhausted I was until he got back and I could just sit and let him answer all the questions for a minute or thirty. 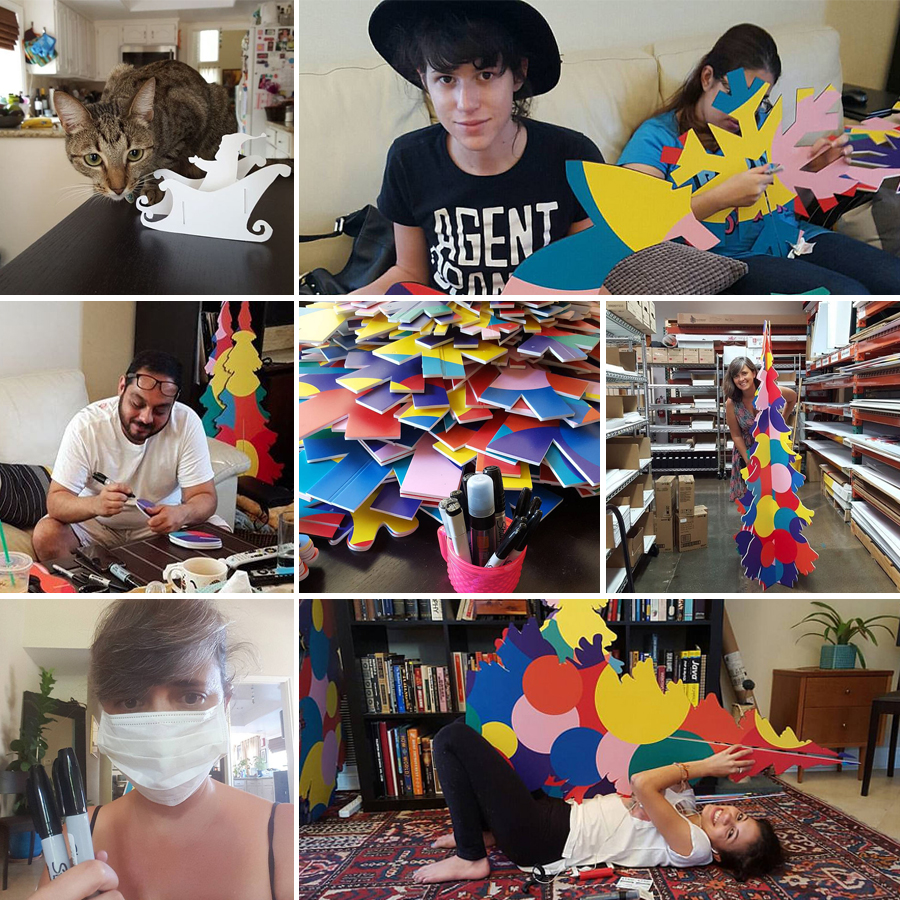 Then it was mettaprints coloring week. We landed a big job for candy company and part of their display included our 3-D snowflakes and christmas trees but they didn’t like the white edges. So for a price we manually colored every single edge with black marker pen. For days and days and days and days. I am now officially an expert at coloring gator board with marker pen. Too bad I’ll never need this skill again because we are never taking on a job like this again, ever!! It was a pain in the butt! It’s pretty impossible to color edges black without screwing up. I had to have a crew to help me. We colored for days. Fumes were inhaled.

Please keep your eyes out for these displays if you live in Chicago or New York. I’m anxious to see how they turned out. 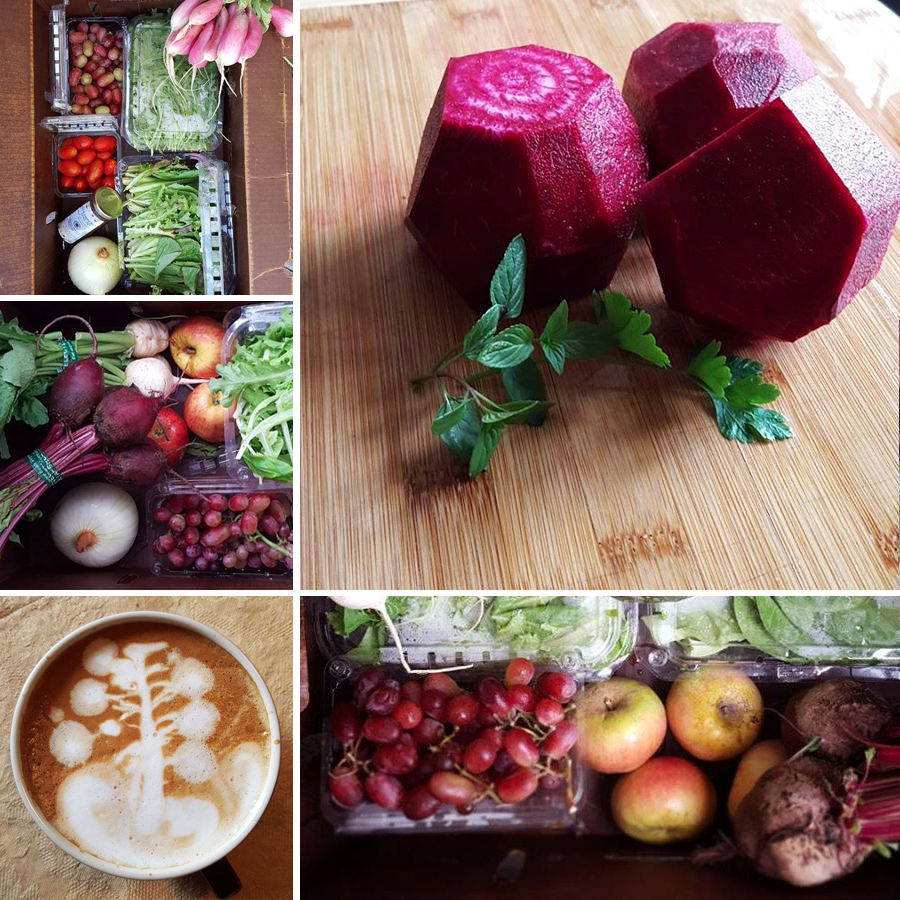 How goes it with the CSA boxes you ask? It doesn’t! I am officially over CSA. I joined because I thought I would get the best of the best produce in a box monthly, forcing me to eat and cook more healthily. I thought it would be local and fresh and challenging. It was all of the above BUT not so fresh! The last straw was last months beets. I love beets but these were not sweet and I’m tired of getting old beat up produce. I have a feeling that instead of giving CSA members the best they box up what won’t sell and get rid of it that way. I’m sorely disappointed. It could have been such a great thing. So instead I’m saving up my $22 and forcing myself to spend it at the Farmer’s Market on what I want instead. Bah Humbug. 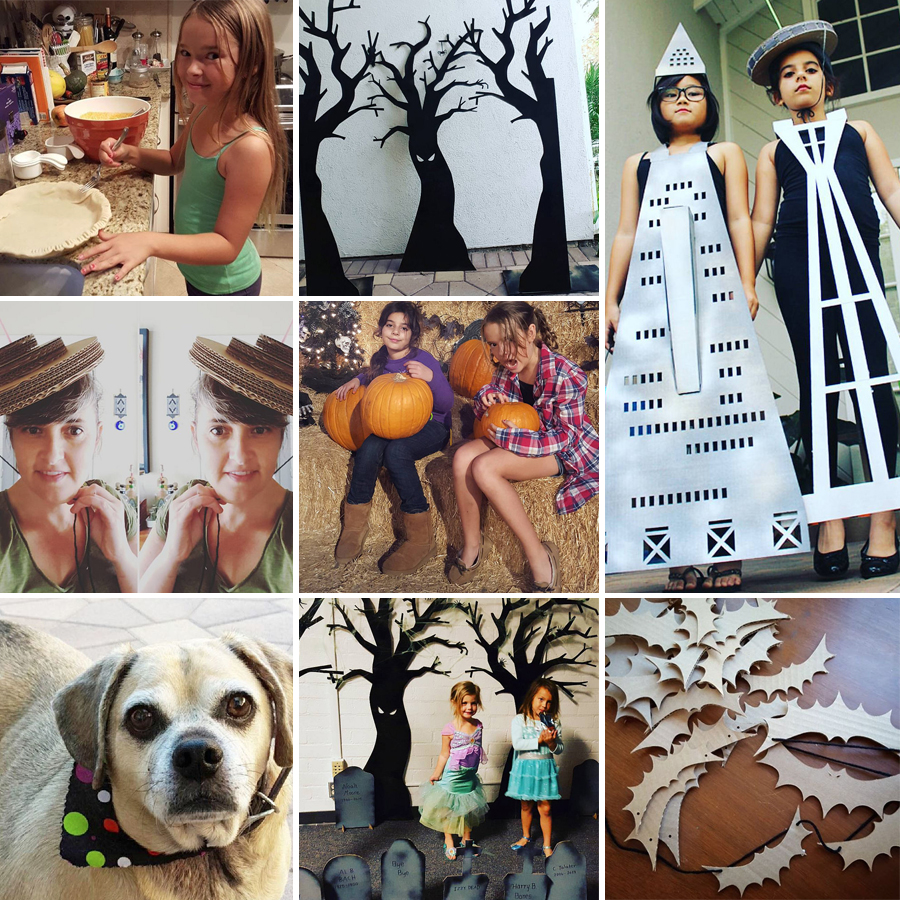 I hate posting old pictures of holidays past but I just can’t be one of those bloggers that posts things ahead of when they happen. That’s too much like work and I do that over on Alphamom instead. Which went OFF this month, by the way.

Merengue spiders! Empire State Building and the Chrysler Building costumes! The Space Needle AND The TransAmerica Building costumes. AND skull planters for succulents! It was a busy month. I do love this time of year though even if I don’t love spooky things that much.

I made some bat garlands and some spooky trees for mettaprints. We used them for the school Halloween parade and that turned out pretty well. I’ll probably package them up and put them in our Etsy shop for next year. 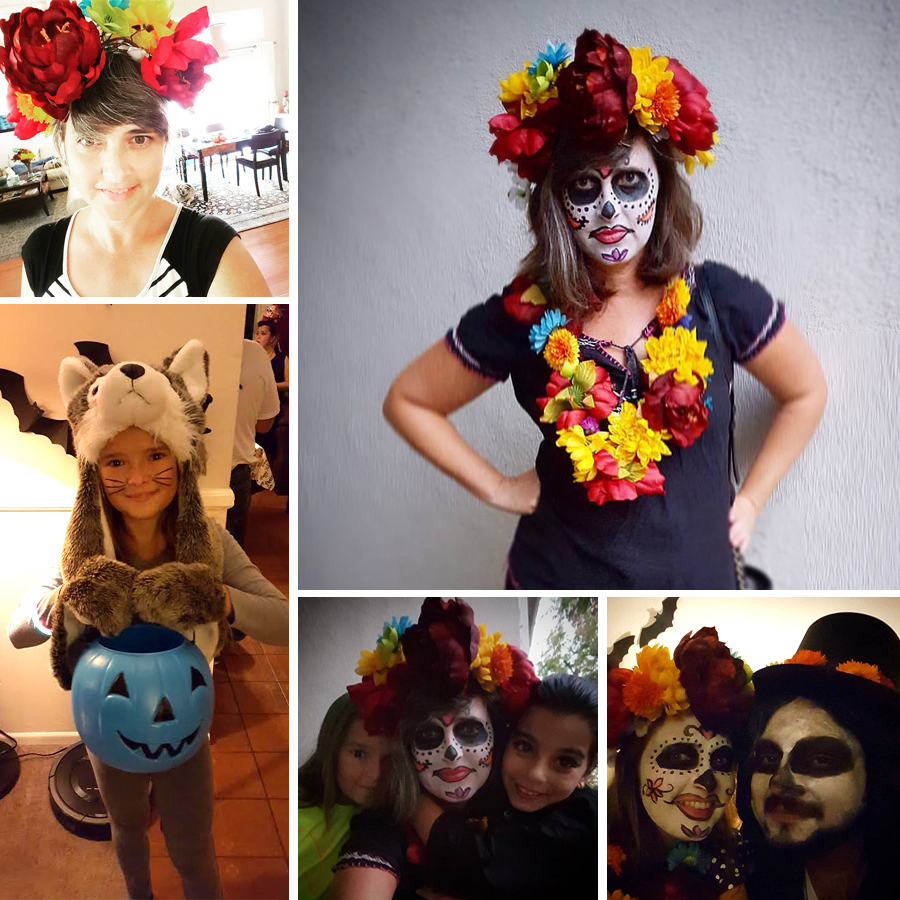 Of course I can’t leave out my Day of the Dead costume. This was a really fun, though not-so-original, costume. It was challenging and fun to do my make-up but it took entirely too long and we were so late to a Halloween Party at a friends house that I had no time to take proper pictures! Isn’t it frustrating when real life gets in the way of all this documenting we need to do?  Bloggers, man. It’s a tough job.

We dressed up for two nights. The first night (a school parade event) Bug went as a pineapple which I thought was really really cute but she refused to let me do her hair up on the top of her head like a spikey pineapple. Nope. She wanted it down, hippie style, sprayed green. We went around and around arguing about it but she was stubborn. In the end, I called her dad and even he got in on the argument and we all decided together to let her have her creative license even though it MADE NO SENSE. That’s what happens when you have a family of creative people. Sometimes they don’t agree on their creative vision and you have to respect it even though IT MAKES NO SENSE!

She went as a sad spike-less pineapple. We painted a yellow shirt with pineapple texture and she wore her pineapple shorts over some neon orange leggings. Just like I predicted, nobody knew what she was because she had no pineapple top so the next night (actual Halloween) she dressed us as a cute wolf and was adorable and got all the candy in the world.

Moral of the story: Listen to your mom. But all in all, I’m glad that she had a vision and she executed it in the fashion that she wanted. I love that she has a strong vision and follows it even if it isn’t entirely successful. Pineapples have been her thing for a few months now. She has two pairs of pineapple shorts and Payam even bought some pineapple socks for himself just to make her day. It’s cute and funny.

However, I am the pinterest queen and I’ve been following this pineapple trend for a while now. I predict llamas are next. They’ve been showing up for a few years now but I think winter 2015 is going to be the winter of the llama. And that is why I have a llama in my November banner. Now you know. 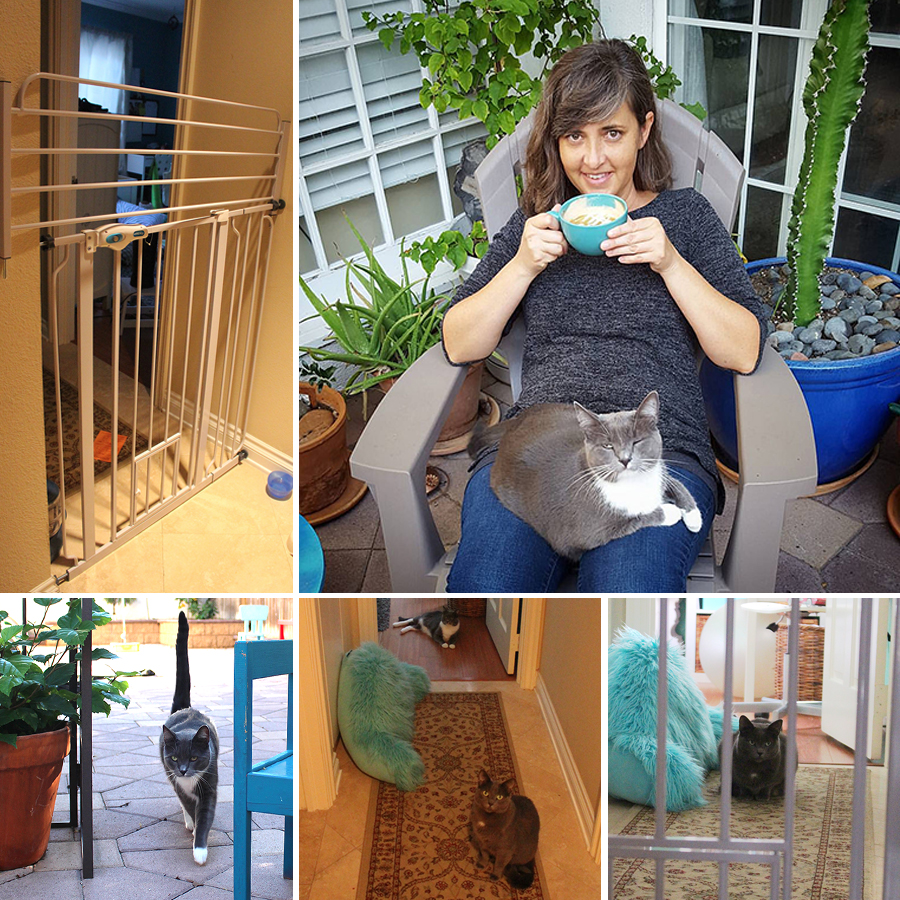 Oh, the cat drama! I almost forgot about it even though while I’ve been typing this, one cat has ran over my laptop three times and successfully typed the number 8 across my screen while yowling and trying to kill the other cat who she can see through the window on the other side of my desk.

Here’s the nitty gritty: The cats are NOT getting along. Still.

While I was in Japan, Payam set up a baby gate between the girls hallway and the rest of the house. This has sort of kept my cats on the girl’s room side and his kitten, Lucy, safe on the other. The reason for the gate is the three am chase-Lucy-to-the-death all-out brawls that have been going on. They play nice in the daytime, everyone sleeps peacefully in their spots but then when all the people are  asleep, the cats all suddenly get wild hairs up their butts and think they have to have World War Three. It’s been bloody and blood-curdling. We tried all the tricks. The smelly plug-in thing with the special cat pheromones that are supposed to keep them calm, cat trees and cat boxes in every room…it’s all a bunch of bunk. These cats will NEVER get along!!!!

The baby gate worked for a while but Aqui figured out that she could jump over it. At three in the morning of course. So now we have a schedule. Aqui gets to be an outside cat during the day (which she loves) and Fiesta and Lucy are somewhat civil to each other as long as they aren’t too close to the dividing baby gate. Then at night I put Aqui and Fiesta in Bug’s room and they spend the night there. It’s not the best solution but it’s better than Aqui getting eaten by coyotes and better than everyone waking up at 3am.

Of course there are kinks to this plan. Fiesta thinks she can get attention by opening cupboards with her paws. So that’s why there are big fluffy blue arm rest pillows propped up against the linen closet. And we still have fights between Lucy and Aqui at the windows but at least nobody is getting their eyeballs clawed out. 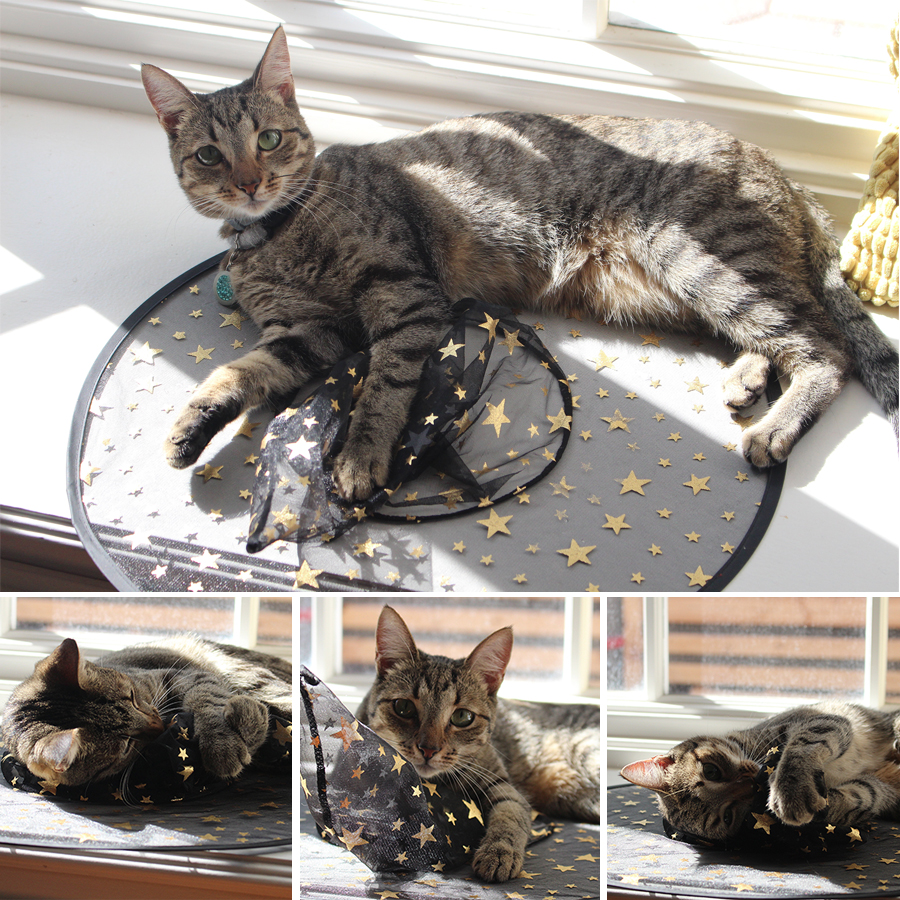 Yeah, cute little innocent Lucy. How could Aqui want to hunt her to the death? I don’t know. But I have a feeling if the tables were turned and Lucy was the bigger cat it would be the same. 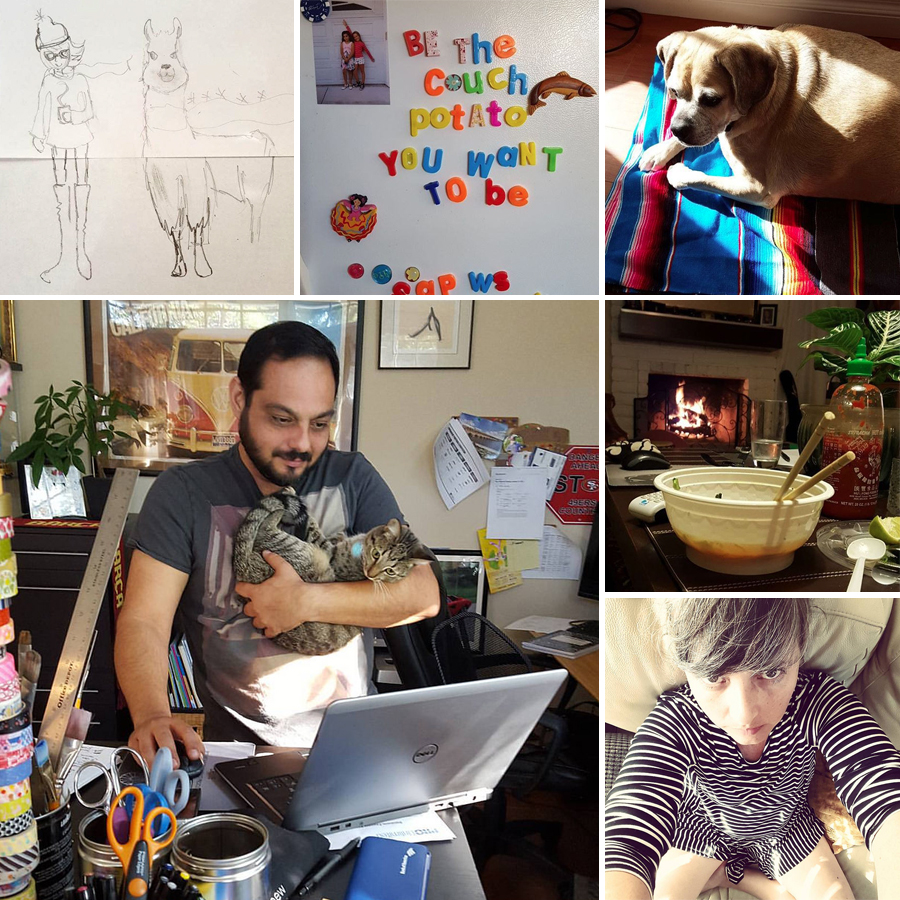 That’s it! You are officially all caught up. See you next month. Maybe.