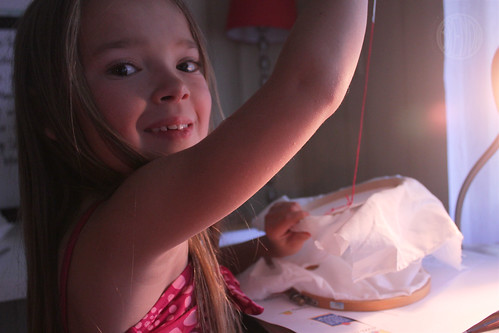 It started because Bug wanted to learn how to sew. She had tied a ribbon onto a pick-up stick and was threading it through an old knitted beanie when it dawned on me that maybe I should teach her how to embroider. That is what they used to do for fun back in the House on the Prairie days before ipads and iphones and streaming episodes of Phineas and Ferb were invented after all. Sometimes it worries me how much we are plugged in and turned off to really fun old-fashioned things. 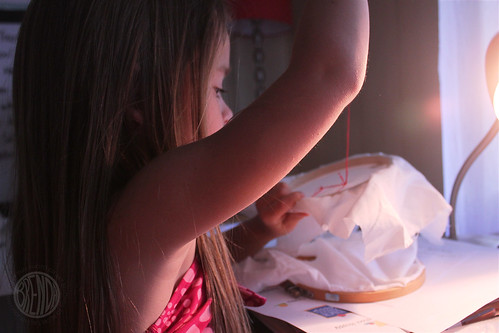 I used to LOVE embroidering. Sit me down with a hoop, some muslin and a rainbow of pretty floss and I was a happy camper. I wish I could find my old projects. I think I covered a pillow case in free-handed frogs for an ex-boyfriend even. I wish I could see that again. But of course it is long gone. I’m not saying I’m some kind of amazing artist embroidering fine tapestries or anything (I don’t even remember more than two or three kinds of stitches) but stitching is a fun medium that shouldn’t be left to Miss Moffet and her poffet or however that old nursery rhyme goes. 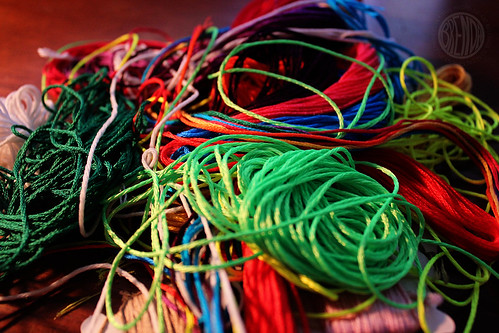 So off to the craft store we went to get another hoop (I only had one and I’m not about to sit back and let Bug have all the fun) and some new floss. I had enough in my collection but I thought it would be fun to get some fresh colors. 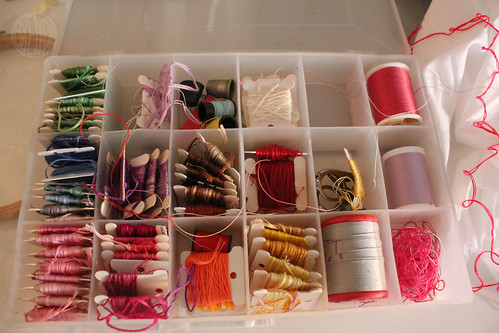 Who has a collection of embroidery floss? I do! I do! I know. I’m a weirdo who is going to have to start letting go of things if I think I’m going to move into a tiny postage stamp-sized studio apartment at the beach this summer but that’s another blog post. I just happen to have it on hand. These things come up from time to time and I have aunts and a mother who gift them to me. 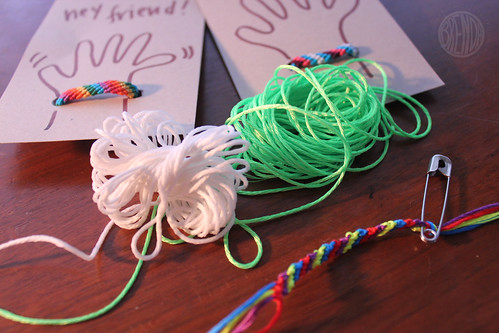 Anyway, the craft store had NEON and GLOW IN THE DARK embroidery floss!!!! And it was only 35 cents or something. My mom tells me that’s an exorbitant amount of money but to me I’m thinking, all that pretty color for only 35 cents? Bring it on! Tubes of paint in those colors cost me eight to twelve bucks!!! This is CHEAP fun! 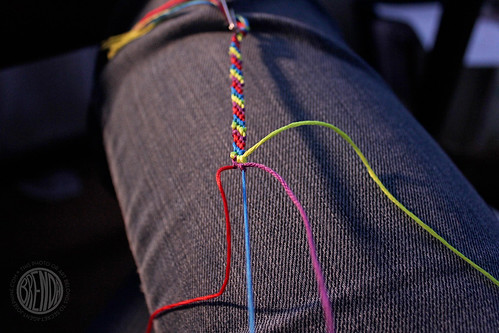 Of course I had to make some friendship bracelets with that neon floss. I know that was a fashion statement last summer but I never got around to making any so, in my book it’s STILL cool and will be cool for a long time even if I hated the eighties.

I tried to get Bug into making a bracelet with me but I kinda need to teach her how to tie her shoes before I try to get her to tie tiny knots in tangly thread. And I think my enthusiasm over the neon may have been a tad over the top and consequently bored her to death. I swear she’s a little mini Miley Cirus sometimes, rolling her eyes at me and making jokes about Bon Jovi calling and asking for his jeans back.

Anyway it was super fun for me. I even made a special rainbow one for Bug and convinced her to wear it to school. Sidenote: She’s been having another bout of anxiety lately (brought on by THREE kids puking in one day. THREE!!) and I told her the bracelet could be her lucky charm and whenever she looked at it she could know that I was praying for her etc etc. She wore it but she wasn’t that into it. I told her I would even make some for her friends if they wanted. And they did! She came home with two requests so I made them up and then put them on fun little cards: 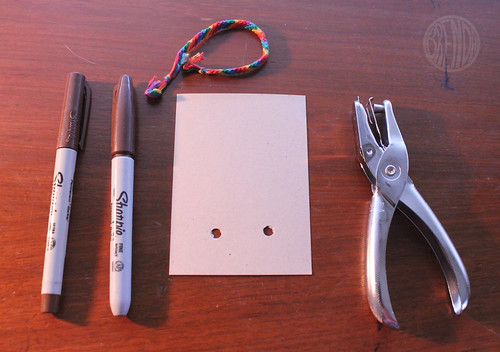 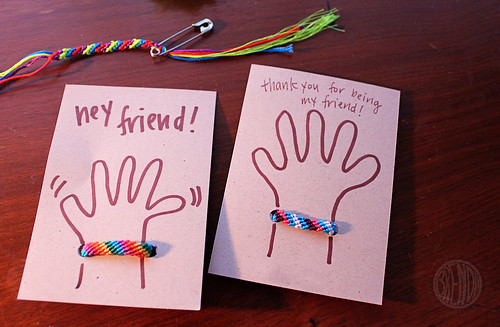 Super simple. Just cardstock punched with two holes and then a squiggly little hand drawing. Then you thread the bracelet through the holes like the hand is wearing it and write some kinda cute friendly phrase. 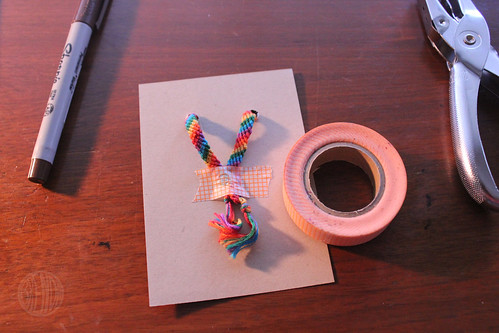 Tape it with some Japanese masking tape on the back and voila! A fun little gift. I know I should have saved this for Friendship Day and posted it on Alpha+Mom but Friendship Day is all the way in AUGUST and as you can tell I want to relive my youth right now! 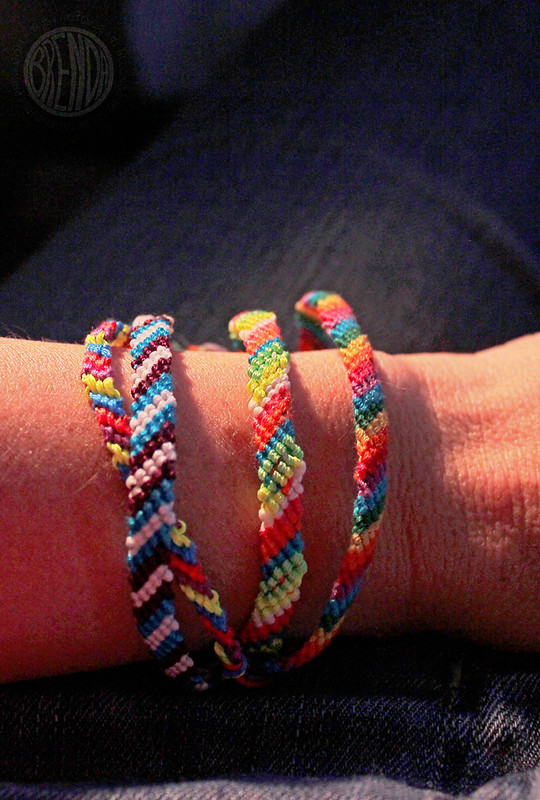