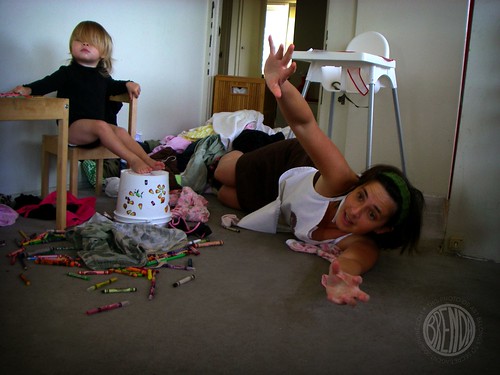 I think this photo tells a better story than what I can come up with now that it is midnight and I am turning into a pumpkin. I am SO tired! I cleaned all day from top to bottom. I cleaned EVERYTHING!!!! The house will be in tip top shape when Toby gets home on Tuesday. 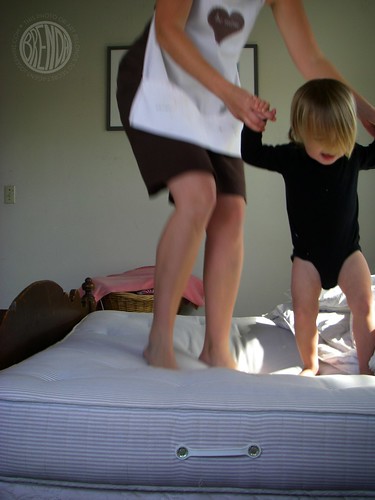 I also did some jumping on the bed. You know, to get the dust out or something spring cleaning-ish like that. I thought it would be super cool to take a picture of my feet while I was jumping and then like an idiot I jumped too close to the edge and toppled over the footboard and caught myself on the closet like a pelican face-planting into a window. So graceful. Then to add to my humility, Baby Bug started singing “No more monkeys jumping on the bed.”

So I’m a bit sore. Sore and tired. I’d love to blog about my car getting broken into and the super fun beach time and tea party I had with my nieces but I need to turn in so I can turn back into a princess tomorrow morning. This pumpkin business is not very becoming. 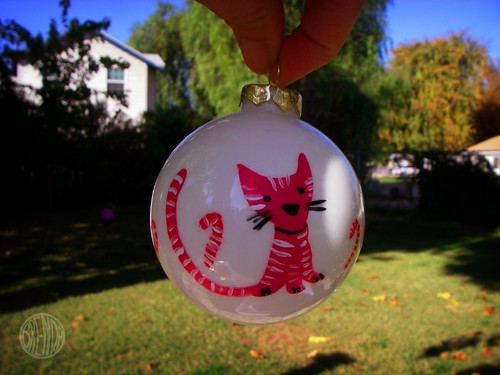 I’m not making excuses but I have not been blogging much. Maybe that’s okay since it is DECEMBER and NOT November. Man, when did December get to be such a busy month? And I’m not even talking about holiday plans. We haven’t even gotten to those yet.

I’ve been busy with the shop. Hooray for the shop! I had no idea that was going to keep me so busy. I’ve also been out at my Mom’s and if you know anything about hanging out at my Mom’s, you know there’s always something going on. Never a dull moment out at the sticks.

Unfortunately, it’s been rather cold out here so I’m not taking pictures outside. Also, my mom’s house is so dark and unphotogenic, it’s impossible to take pictures inside. So if you were judging my business by activity on my blog or flickr account, you would think it was nothing but dullsville.

I’ve been busy busy busy. We started things off with five hundred loads of laundry and then there was the giant task of reorganizing the complete and extended collection of outgrown clothes that my mom houses in her garage. That would be seven or eleven or so giant Rubbermaid totes full of clothes from my nieces and Baby Bug. We never throw anything out. Baby Bug and any other kid I might ever have after her will have hand-me-downs until the end of time. I wish I had pictures…

After the Olympic clothes-sorting event, I decided to take on an ornament-painting project. This was a journey to failure and back. Long ago in November I decided it would be fun to be part of OMSH’s super-fun swaparooni project. For the month of December it’s an ornament swap instead of the usual color-coordinated loot. I figured it wasn’t that much of a commitment. Surely I could manage to get one ornament in the mail before a deadline. How hard could that be?

Obviously this was before I opened up the world’s most popular flash card shop and before I was struck down by the flu. The deadline came and went and I got squat in the mail. Boo-hiss for me and my internal over-achiever. It was really hard to take actually. I hate missing deadlines, even though I do it nearly every day.

I decided it would be very fun and exciting to paint an ornament. Paint! Let’s paint! My mom never needs to be talked into going to Michaels. You say, let’s go, and she says, “How high?” or something like that. My mom loves crafting as much as I do. So off we went Michaels. I don’t know why I am drawn to that crazy store. It’s jam-packed with so much tacky awful stuff. (Sorry, not talking about anything you bought there of course!) Maybe I go there because there is nowhere else to get supplies around here.

Of course I had to walk down every aisle and get sucked into every little pre-packaged idea of how to amuse myself with stuff that I probably already have. But hey! It’s right here in a box so maybe I should just buy it and not bother looking for it when I get home! I hate that trap. Thankfully, I wised up and put most everything back before I got to the check-out counter but I did manage to buy two baskets (to hold all my crafting crap of course!) that WERE NOT fifty percent off like they said they were.

I hate it when that happens. Since when do baskets cost 50 bucks each? I had to turn right around and take them back the minute the receipt finished printing. What a hassle.

Michaels is totally guilty of up-marking stuff so they can discount it later. I know. I priced them way back when I was buying up canvasses for my Dog Days of Summer project. 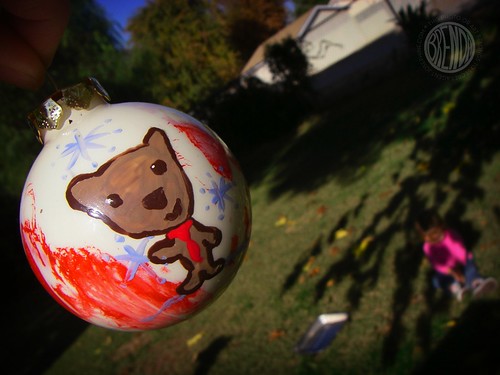 But anyway, I was talking about the ornament painting. It didn’t go so well. At least not to my standards. Now that I’m lurking around Etsy all the time these days, I’m starting to think I’m some kind of professional crafter or something. I was sorely disappointed with my painting strokes. The paint we bought (that is specifically for glass) was messy and goopy and showed every stroke like nail polish. I think it was nail polish, actually. If you put on more than one coat at a time, it would pick up the layer underneath.

It was just a mess and a headache and definitely not a project for someone with a toddler who gets into everything and/or wants to “help” all the time. I barely got two ornaments painted that I’m happy with and I still have a whole table full of paint and brushes and glass ornaments that need to be filled with paint on the inside (because I don’t like them when they are clear for some strange reason). I’m just over it.

So I moved onto something I’m a little more comfortable with: 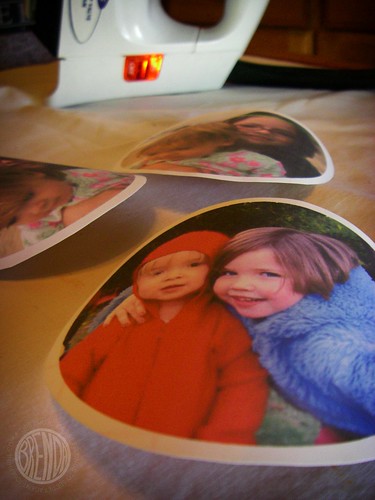 Iron-on transfer paper! I’ll have to share pictures of the results tomorrow.