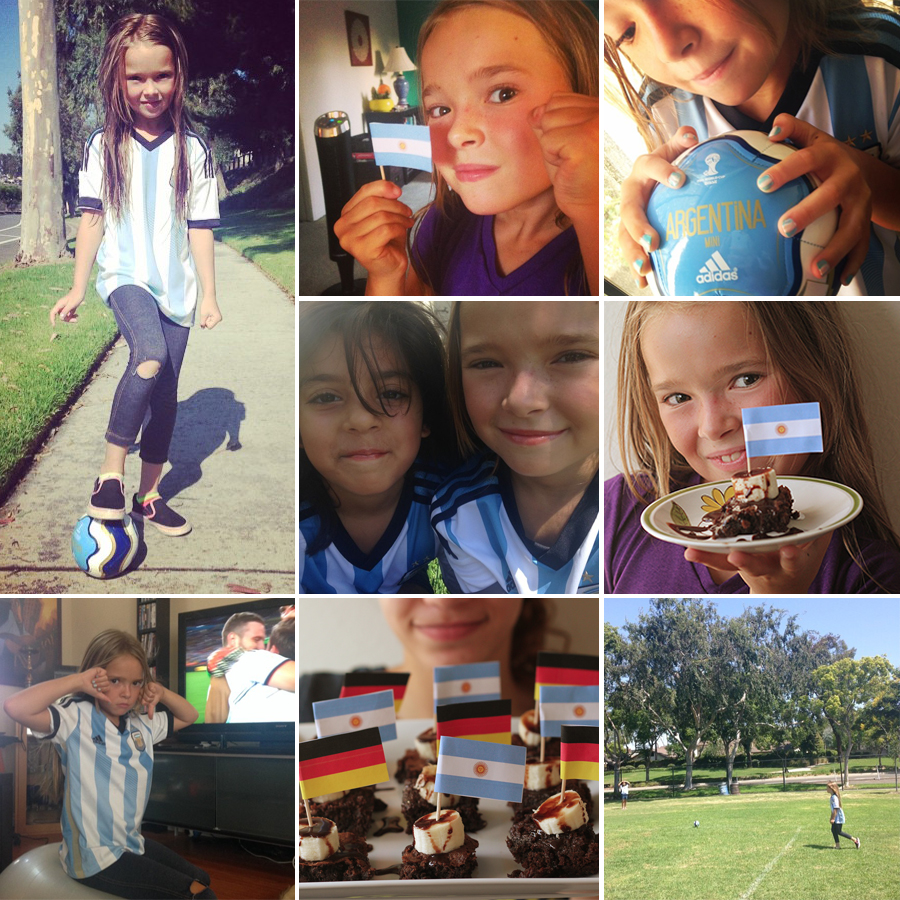 The guy in my life likes soccer.   I thought I’d humor him and watch a few games here and there. You know, just be there for company and maybe learn a thing or two by osmosis. Surprisingly, I got into it. Well, into it in my own way I suppose. He shouts at the tv when the ball nearly misses the goal by a few inches or when the referee doesn’t call a foul when they should. I keep a running commentary on who’s shoes are the brightest, who’s the best looking and why the team with the more brightly colored uniforms should win.

So when the World Cup rolled around, we had a little World Cup party with the girls (Bug and his daughter). We thought if we made it festive enough we might  be able to keep the channel on the game instead of Sponge Bob and who knows, maybe they might grow into soccer fans too.

I made little flags for snacks and Payam (that’s his name, should I call him Mr. P?) got the girls (super expensive–yikes!) Argentina jerseys. They played with their mini soccer balls and ran around cheering when Argentina did anything relatively close to scoring a goal. Sadly, Argentina didn’t score any goals and they didn’t win. But I think we won because it was a pretty good time and I have a feeling we are all going to be soccer fans from here on out. Yay soccer!

In other news: Bug has been officially signed up for AYSO in the fall. Bring on the soccer mom status.