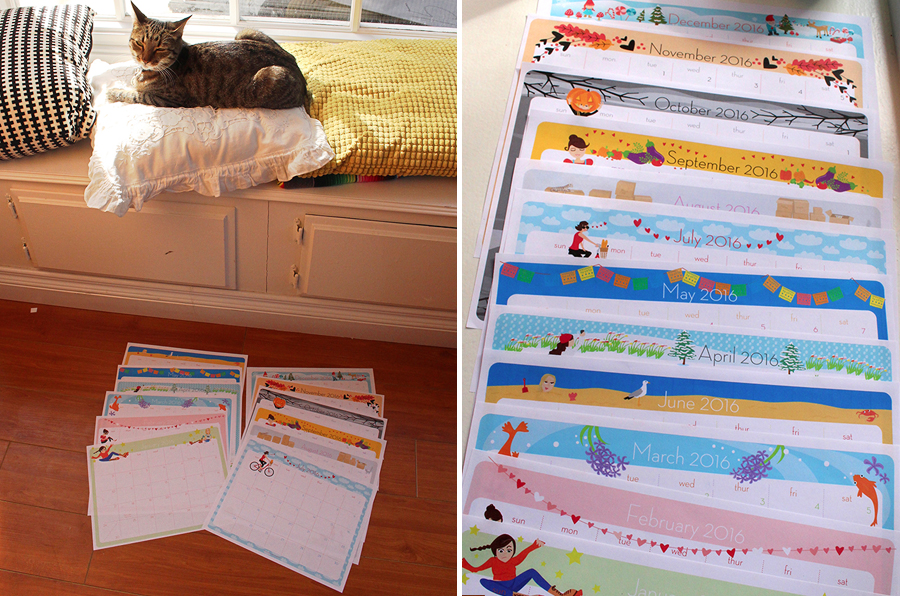 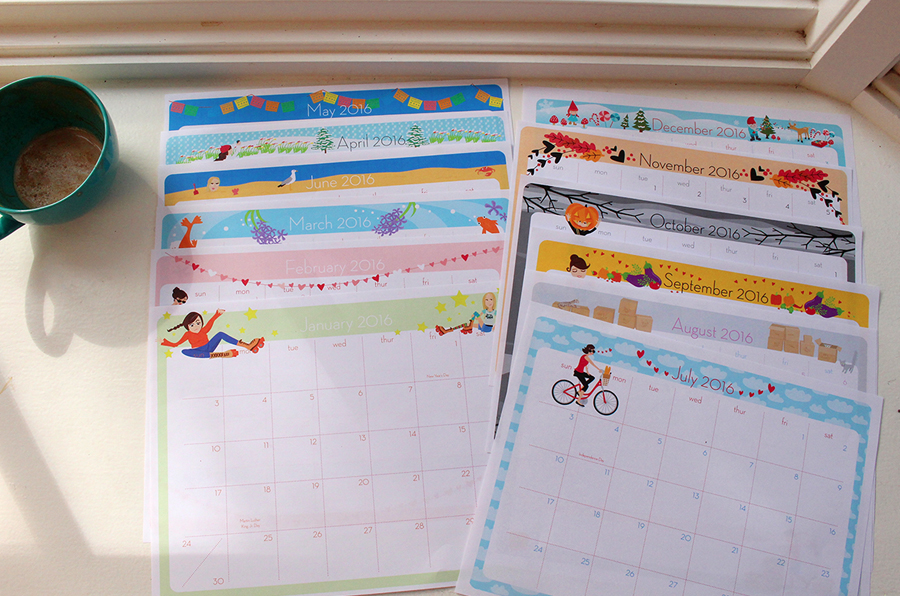 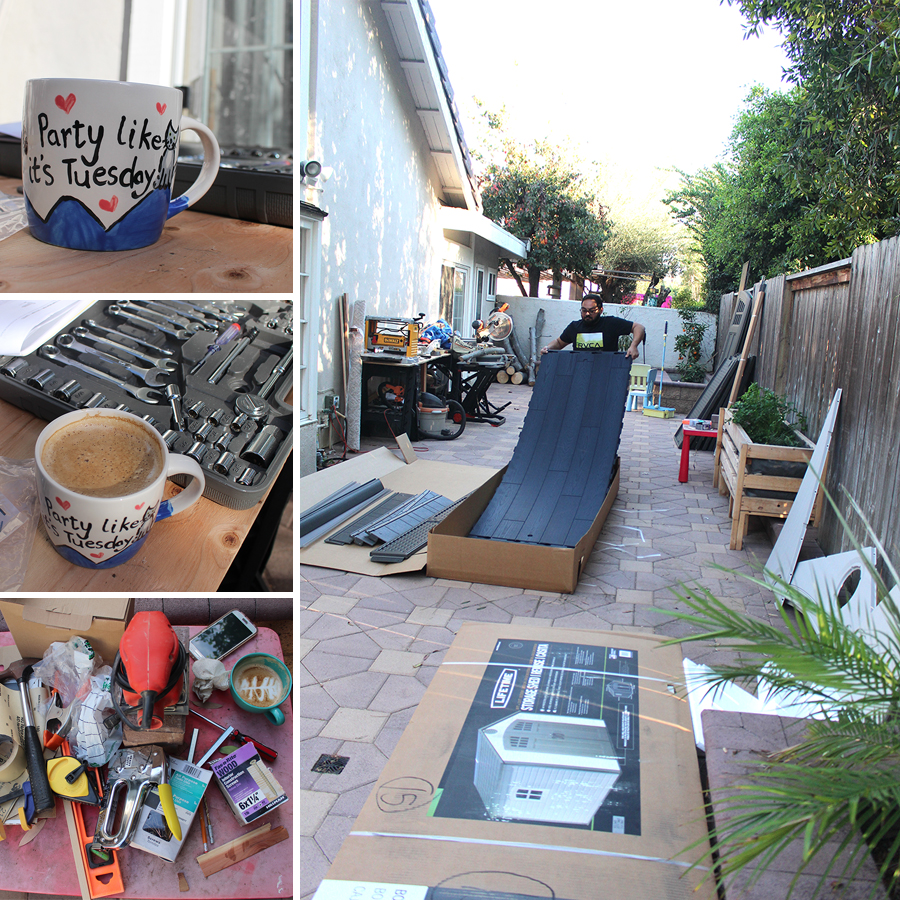 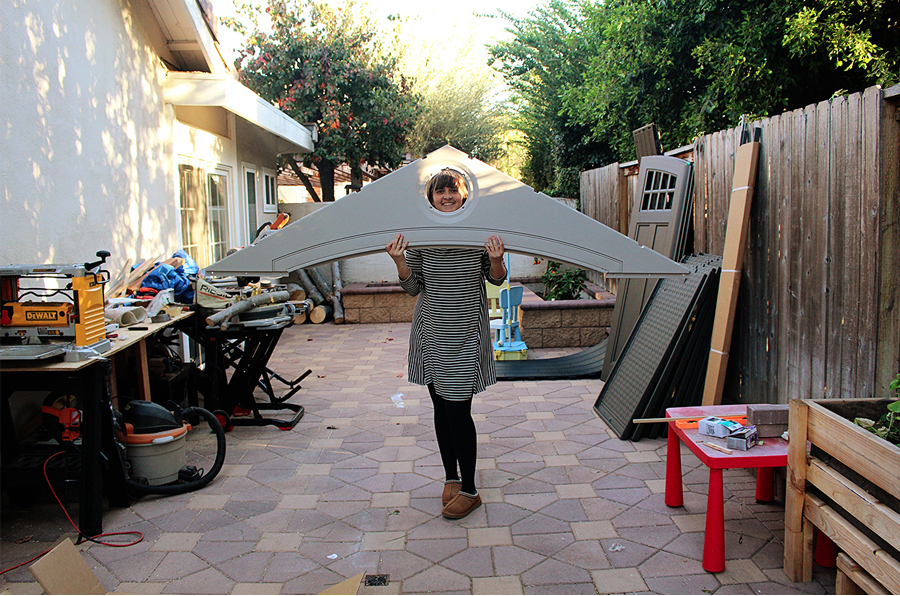 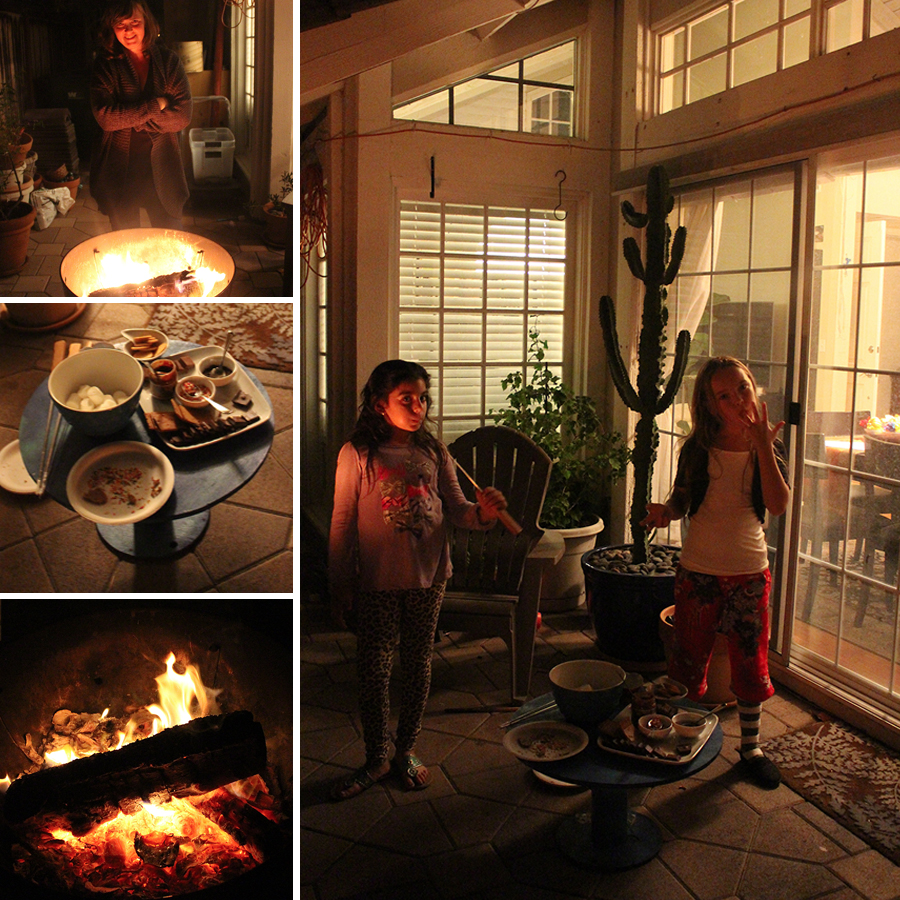 The other night the kids talked us into having a s’mores outside. This is actually a really good idea because we are the outside fire experts. We have not one, but three barbecues.  One is a classic gas-operated grill, another is an Weber that Payam has rigged into a standing fire pit and the third is this pot-bellied chiminea thing that we found discarded on the side of the road.

I know! What can I say, we like outside fires. It doesn’t get cold enough here very often for us to enjoy them but when it does we really, really do. Don’t worry though, all fires are well contained and not dangerous.

When Payam and I were first dating I kinda fell in love with him while sitting outside by his many fires, drinking wine and talking late into the night. It’s a sentimental thing for us now. 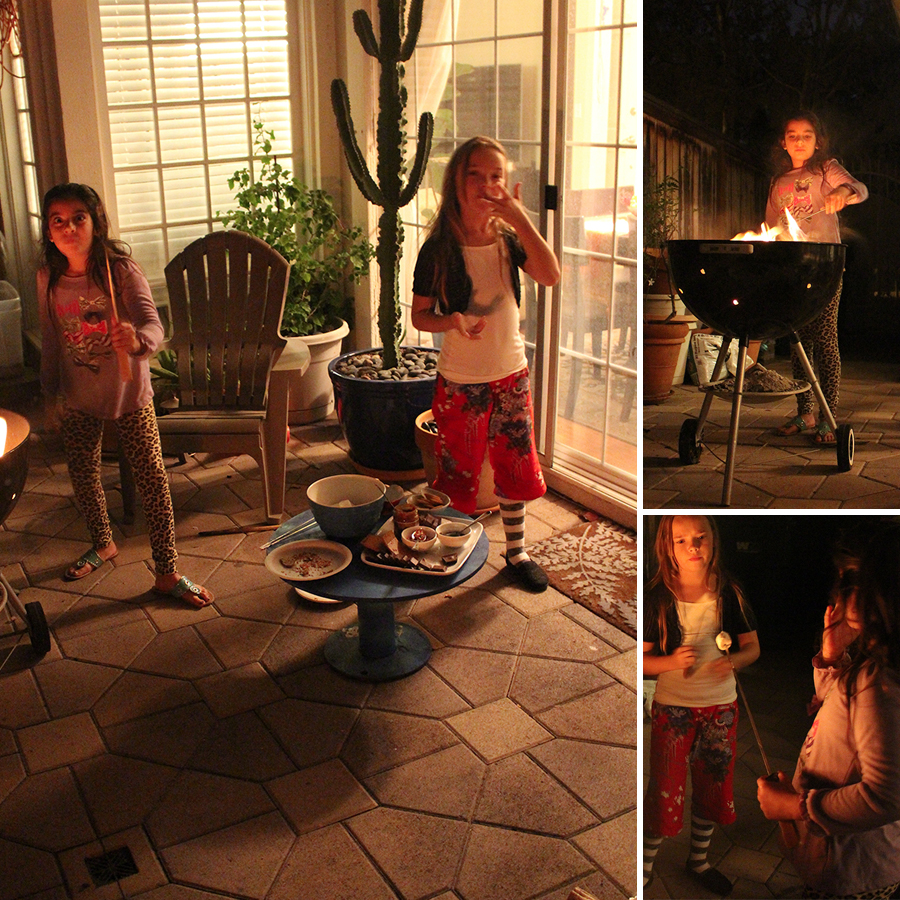 I’m not as big a fan of actual s’mores as I am to fires outside but it was fun thing for the kids. S’mores are just too super sweet for me even with dark chocolate. And what is the deal with graham crackers and chocolate and roasted marshmallows? The marshmallows never quite melt the chocolate enough and then it all crunches into a gooey mess in your hands. But I keep trying because they sound really good and fires outside are just so, sentimental!

We set up a little table with a bowl of marshmallows, some sprinkles, chocolate and graham crackers of course and some carmel dolce de leche I had sitting around from that brownie bar post I wrote a while back. I also had some pretzels on hand that I crunched up in a small bowl. They were my favorite. I love sweet and salty mixed up.

After the kids had their fill they ran off to play (Minecraft) and Payam and I stayed out to enjoy the fire a bit longer. 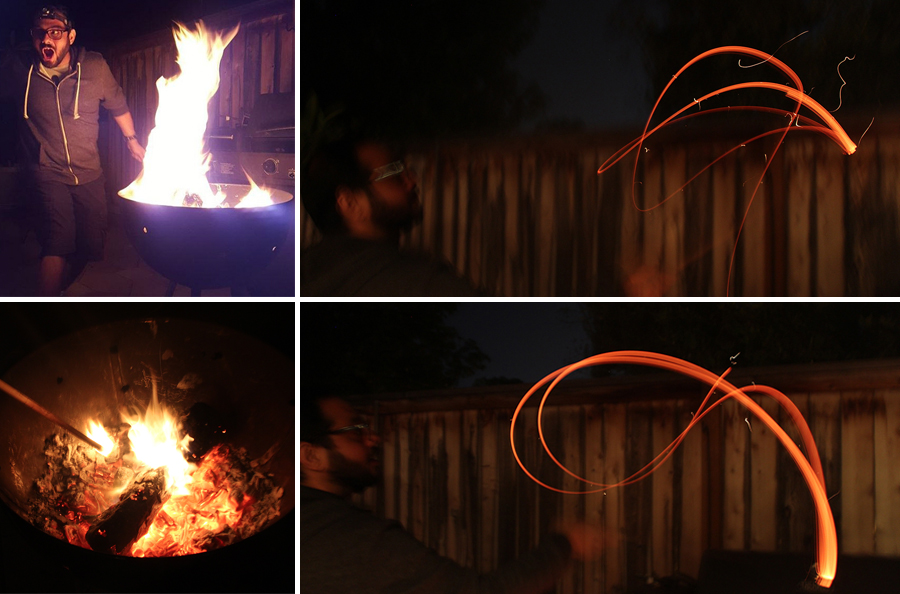 It was so nice, I even brought out my big camera and tried to capture some fire art.

It’s hard to capture but I think you get the idea.

It’s been really really nice to have some cold weather for a change. It almost feels like we’re having a real winter!