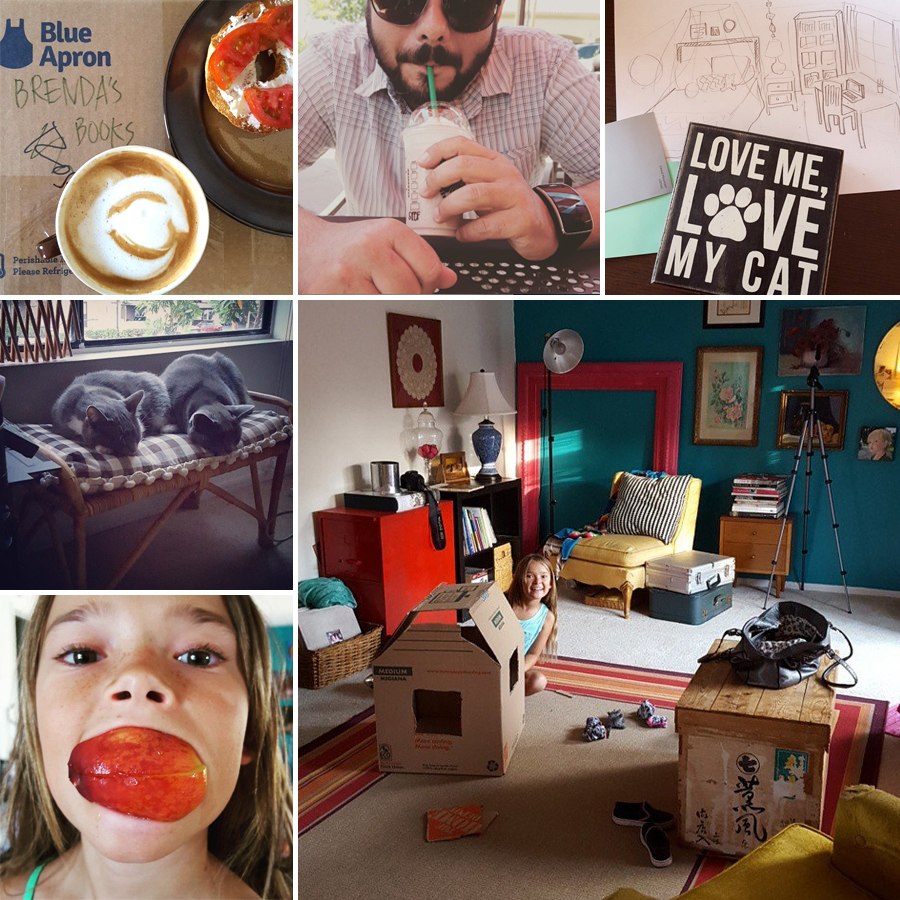 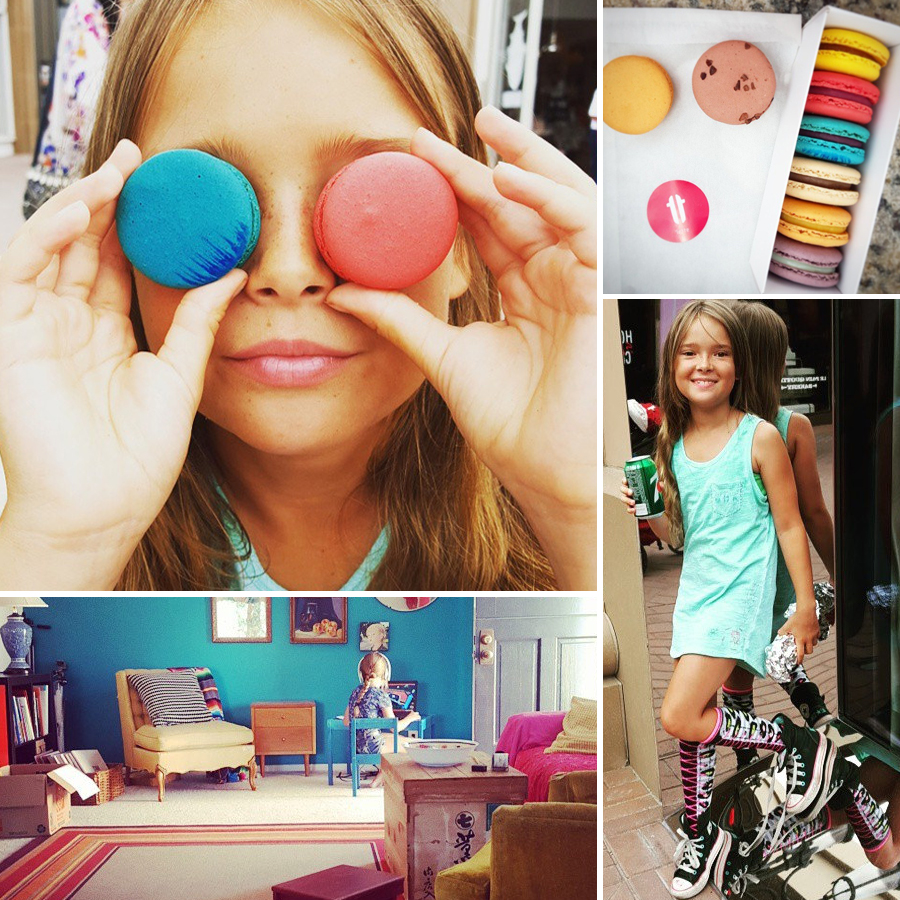 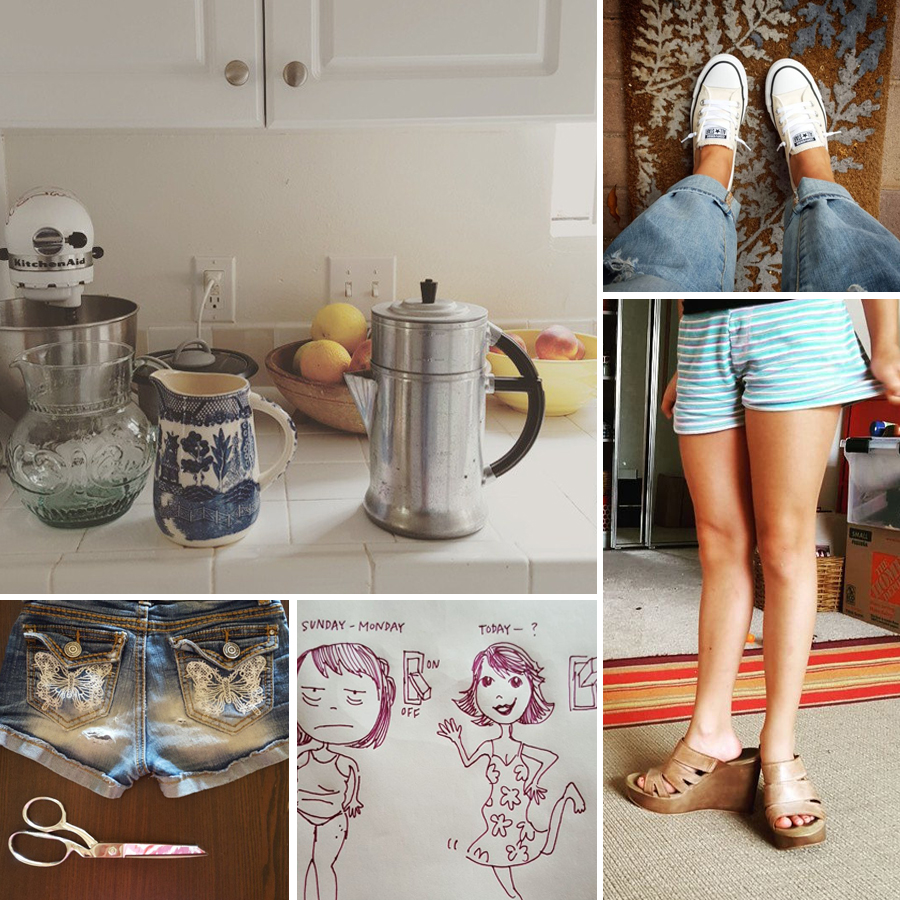 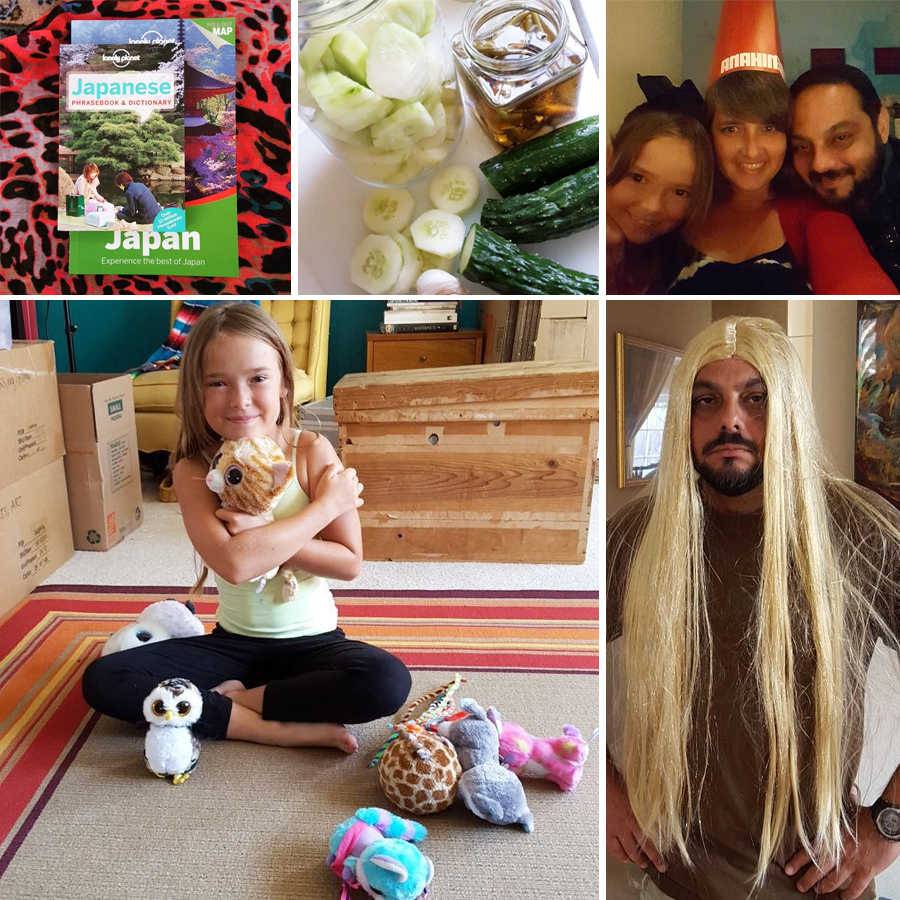 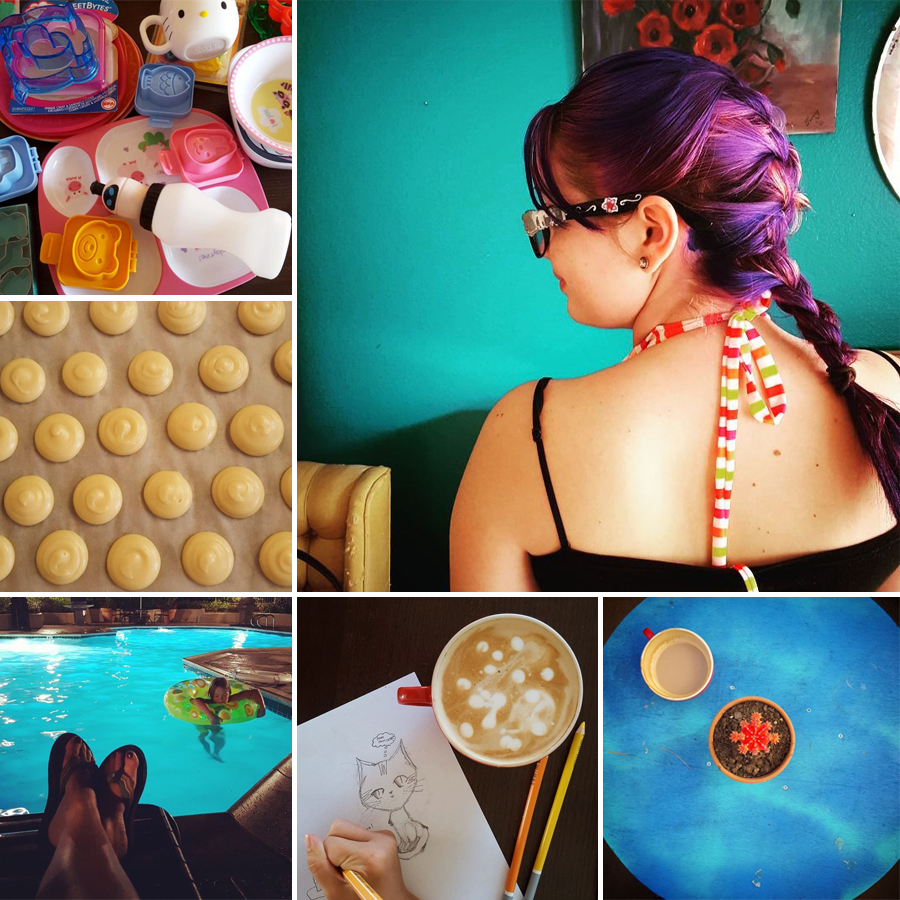 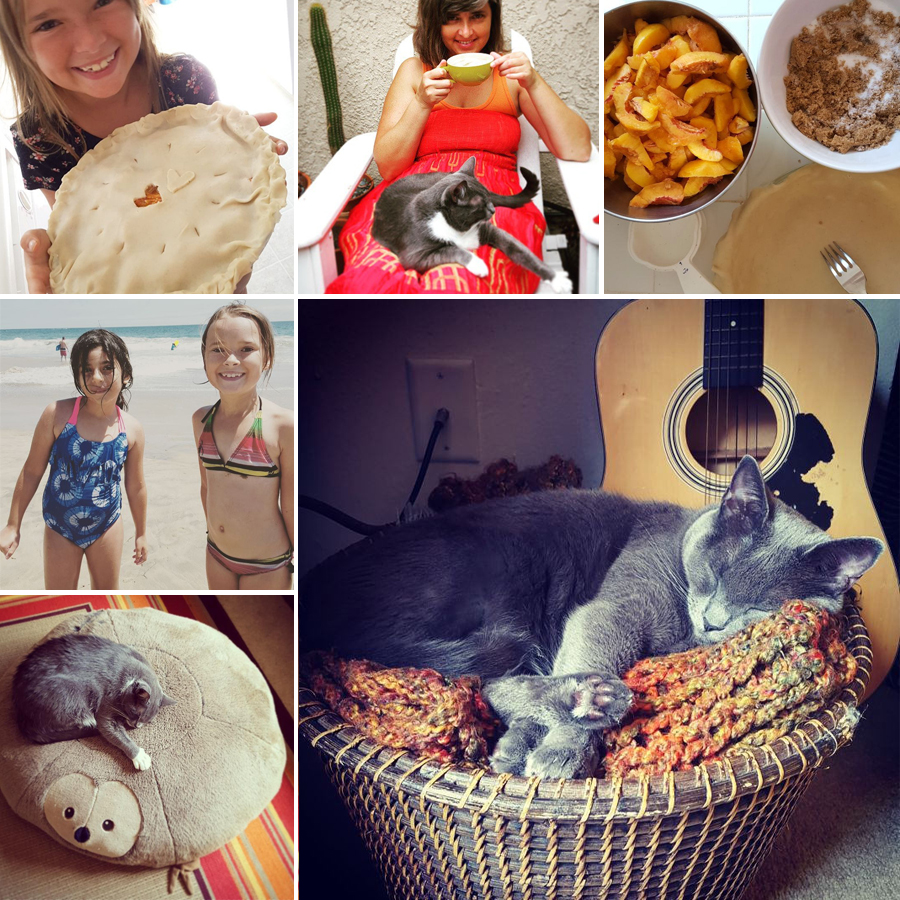 I wasn’t going to blog this because who’s going to go out and buy a three-and-a-half by five-foot picture frame and then spray paint it pink so they can make it into a cool headboard? That’s more of a I-just-found-this-is-the-alley-behind-my-house kinda DIY thing. But who knows, it got so much love on Instagram, I decided to take photos of it and post them here. Because why not?! Surely someone is googling “How to make a cheap headboard.” I know, I have. I have no idea how much frames like this cost though (somebody is probably cursing me for ruining a perfectly good frame with spray paint) but if you have one, it’s pretty easy and looks kinda cool. 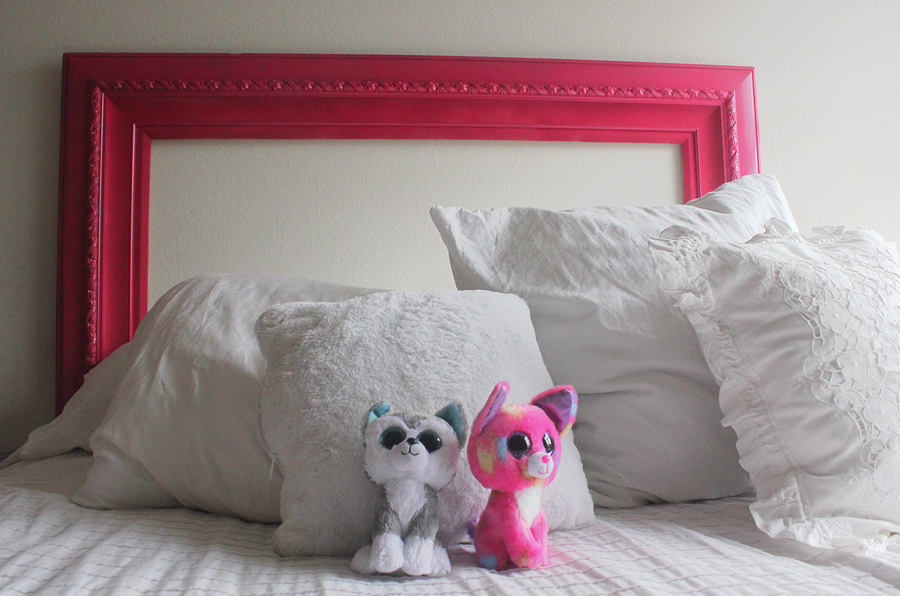 I have no advice on where to buy a frame cheap. My friend Deb’s husband found this by their trash and they immediately thought of me. I’m not sure what that says about me and my standards regarding things in the trash but I’ll go with it. I love spray painting things and using them as something else. At first I was just going to use it as a background in a Valentine’s photoshoot but then I needed a place to stash it in my tiny one-bedroom apartment and behind the bed seemed like the best place. 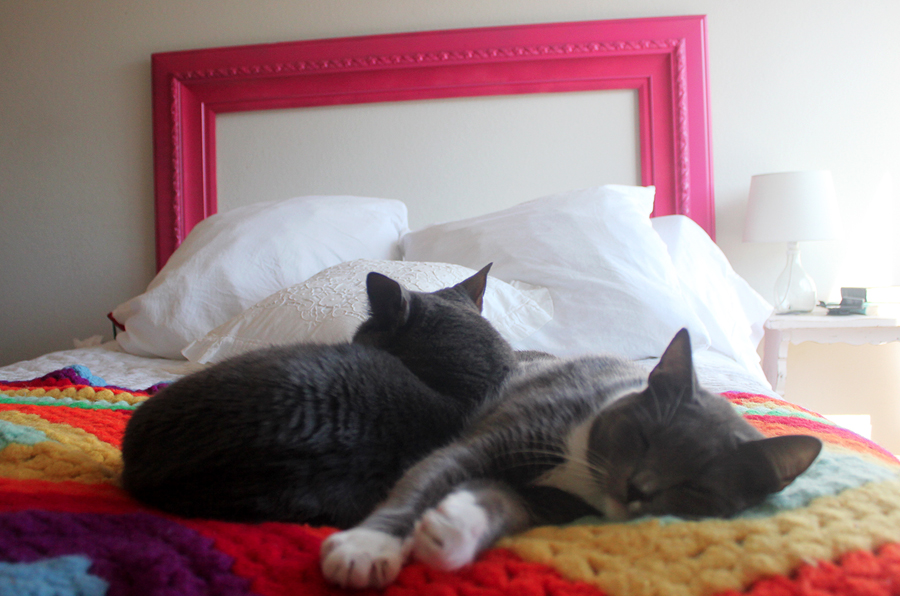 And guess what?! It kinda looks like a headboard! It’s not functional as one. We still hit our head on the wall when we want to sit up in bed but it looks cool. And most importantly it shows off our new flea market rainbow blanket nicely. Another find I picked up because I thought it would look cool in a photo shoot. Basically my house is a living prop house. 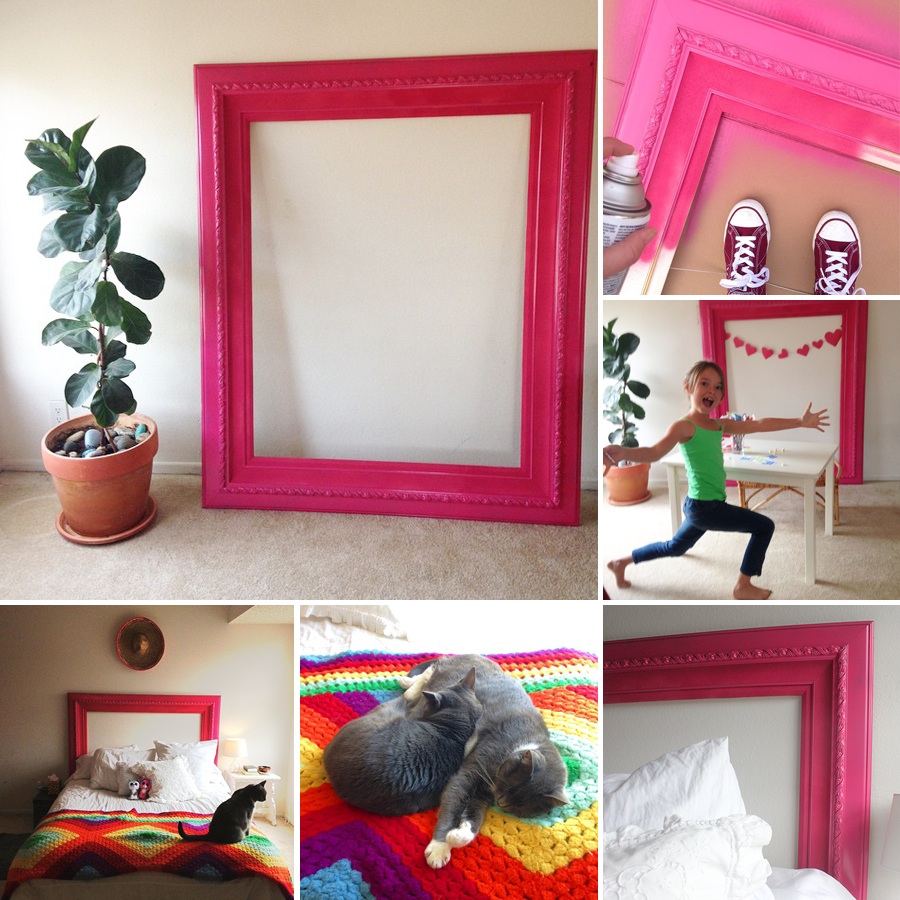 If you want steps on how to do this, here is what you do:

2. remove the artwork from inside it (or not)

3. lay it out somewhere that you can spray paint (preferably outside in a well-ventilated area with a giant piece of cardboard behind it to catch all the overspray)

4. spray the heck out of it using the usual spray painting methods

6. heft it up stairs and shove it behind your mattress.