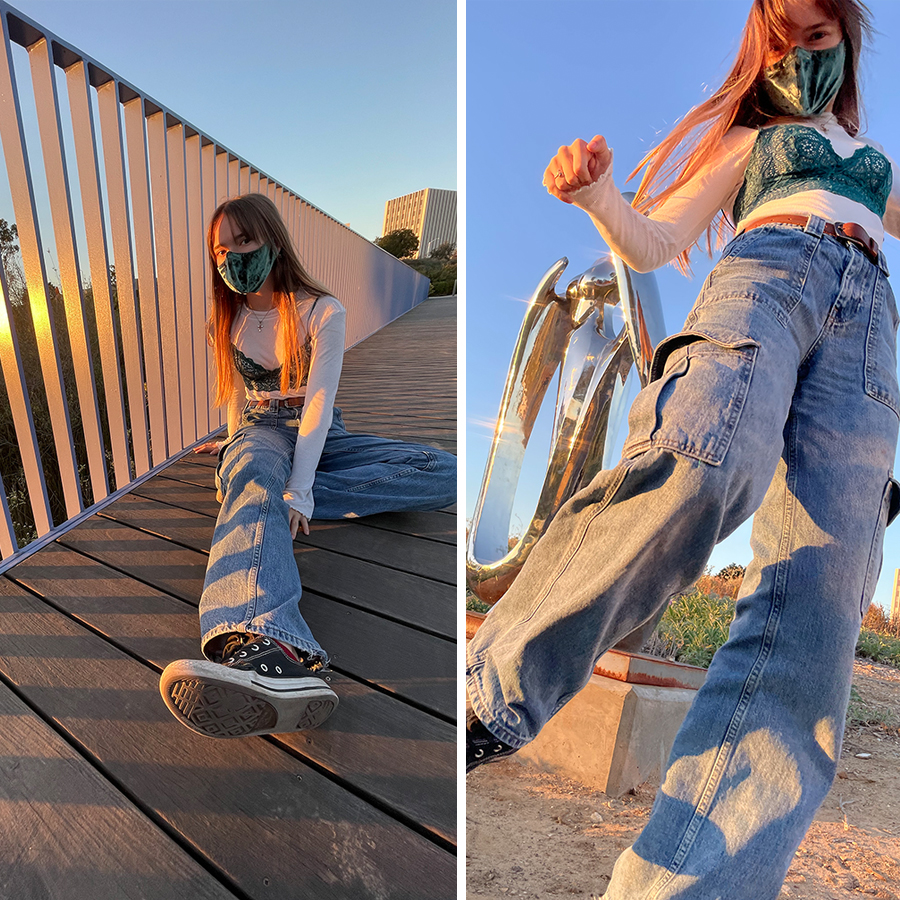 Bug got her braces off last week. This was a HUGE big deal for me. Mostly because I had braces from the time I was 14 (if I remember right) until after my high school graduation. The fact that I had braces was a HUGE BIG DEAL. This is because my parents couldn’t really afford braces but I had the most snarled up mouth they found a way. Many times they couldn’t really swing the payments so I’d sit in the orthodontist office while the dental staff mumbled something to the doctor and he finally sent me home without any tightenings because my parents were late on their payments, thus the reason I had braces on for FOUR VERY LONG years.

But you know what? I am forever thankful to my parents for their struggle and their sacrifice. I would not be who I am today if I hadn’t had braces. I wish I could find a picture of my old snaggle-toothed scary smile to show you.  My perfectly straight-smile has gotten me everywhere (even if my teeth are way too thin and they look a bit discolored because they are almost translucent near the tips) and I am incredibly thankful. 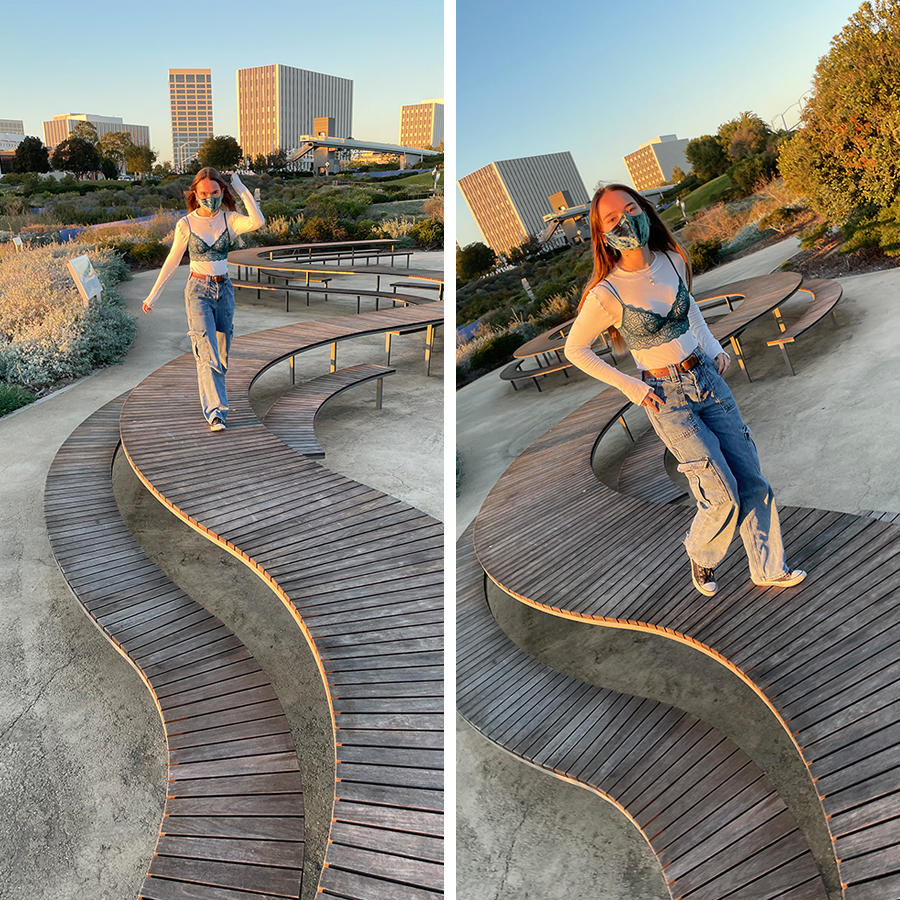 When Toby and I got divorced we agreed that he would pay for Bug’s braces. Her teeth were not as messed up as mine were as a kid but she had a definite flare to her top teeth. Just enough to bother me. But the years went by and there was always some reason Toby couldn’t swing it. Funds are tight when you live in the most expensive place ever. Finally I decided that I’d pay for it. I’d go into debt if I had to to pay for it so I did, that’s how much it meant to me. 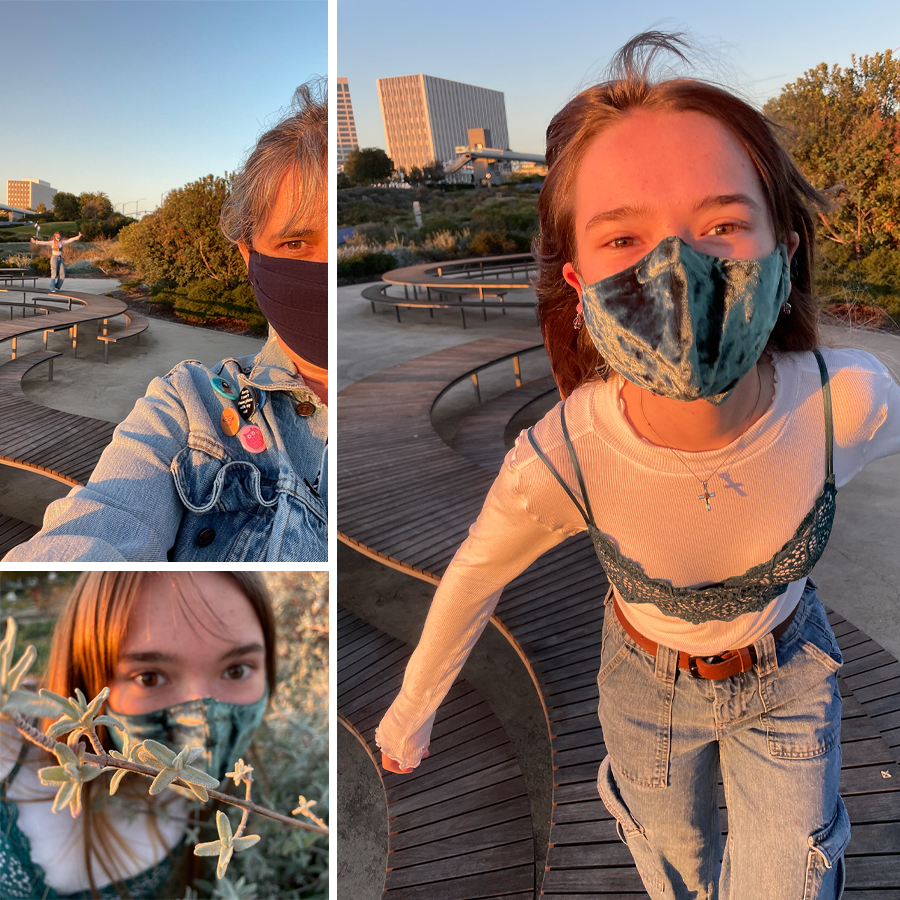 So Bug and I met with a local orthodontist and they set me up on a payment plan. I socked in as much money as I could and made payments after that. It turns out I could totally swing it and I paid it off before her braces even came off!  Thank you books that teachers assign in long-distance learning programs!!!   I am so proud that my books paid for Bug’s braces. If you had told me that my books would take care of me when I started working on them years ago, I would have never believed you. I remember my first paychecks not even being enough to justify how much time I spent on them. But these things grow. If you work at something long enough it eventually pays off. I will always be so proud of Bug’s straight teeth. Now let’s just hope she remembers to wear her retainer every night and I don’t have to pay for them to be fixed all over again before she moves out and has her own means to take care of her teeth. 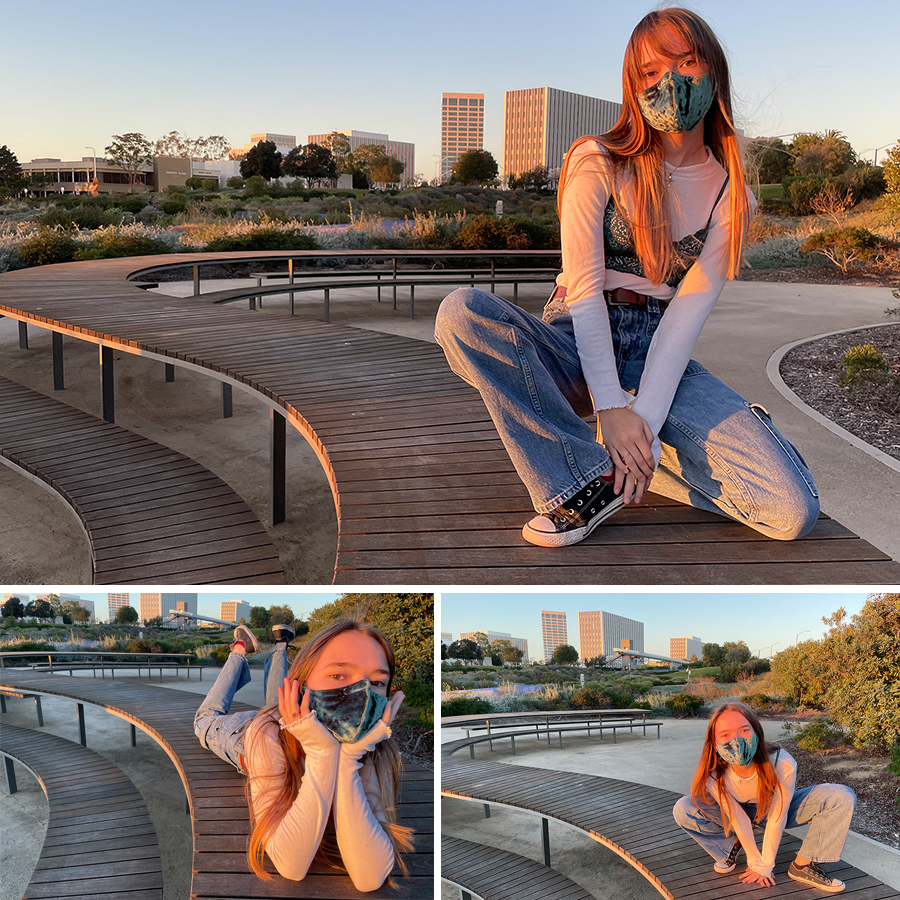 After we went out for a special lunch and she said no to popcorn, gum or caramel (because it’s not like she ever denied herself having those off-limits treats when she had braces) we decided to catch golden hour at a local park for fun. We took a bunch of pictures that are kind of pointless because she’s wearing a mask and you can’t even see her new shiny straight teeth! 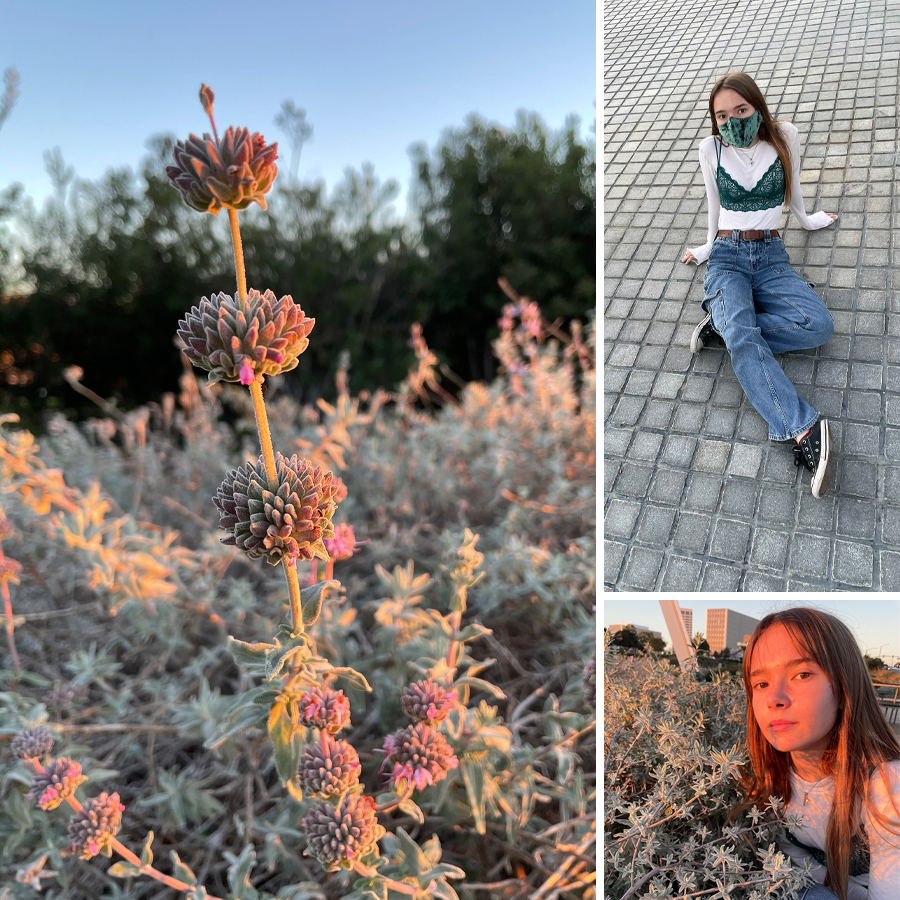 But you know Bug, it was all about fashion anyway.  Teeth schmeeth. She was more proud of her Target bra she hacked up to create some kind of over-blouse bustier. I let her be free with her fashion choices (much to Payam’s dismay) because I really truly think she has something and I won’t be at all surprised if she becomes some kind of color expert/fashion maven someday. 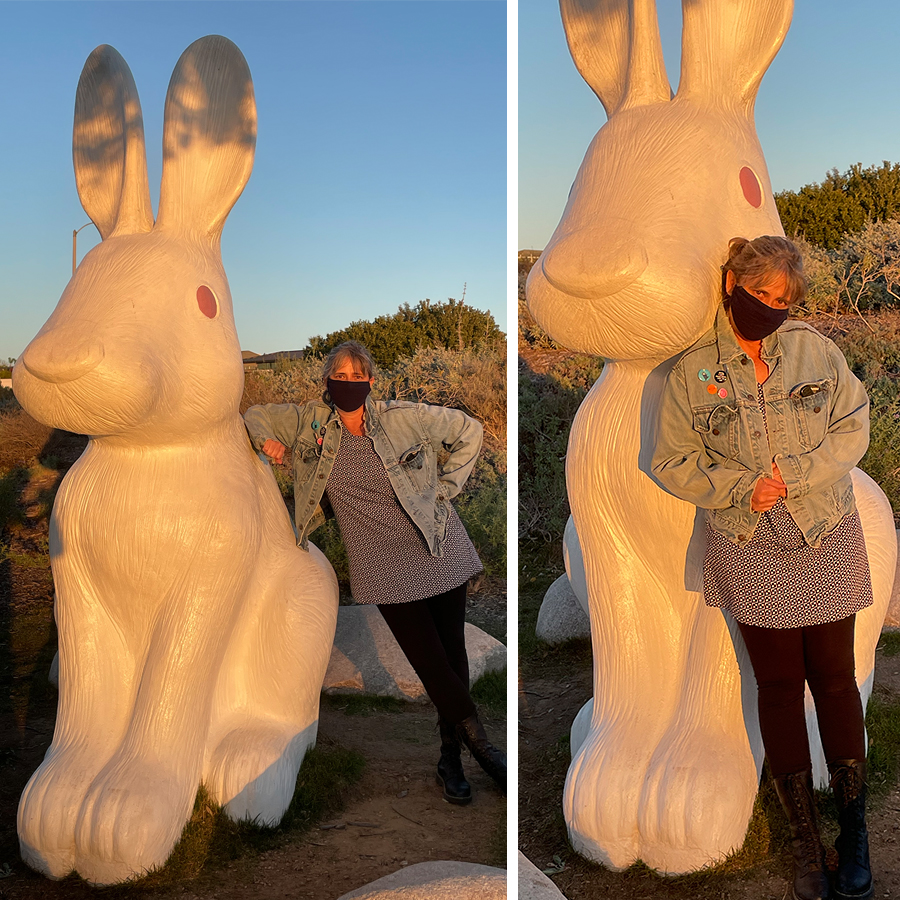 Meanwhile I look like a big dork! Why is middle-age so unkind to me?? Have hips, will model shresh (aka a dress that is not a shirt or a dress, thank you Aunt Kathy for that term). 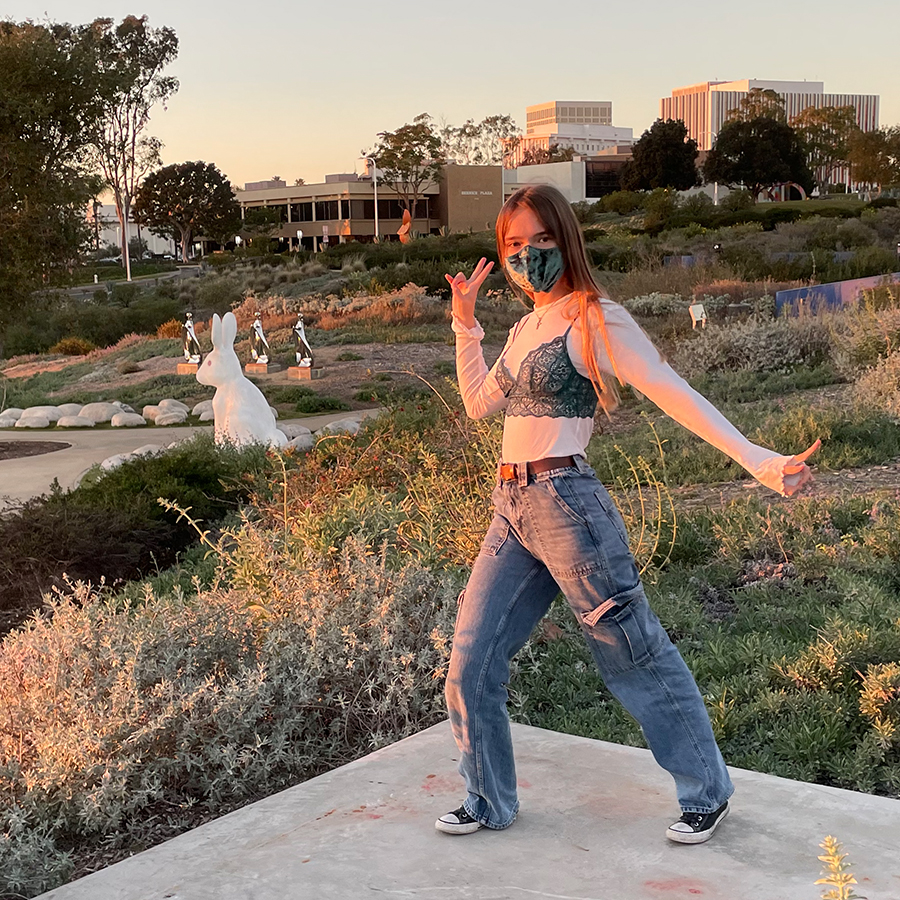 Bug is a big dork too. That’s why we love her so much. 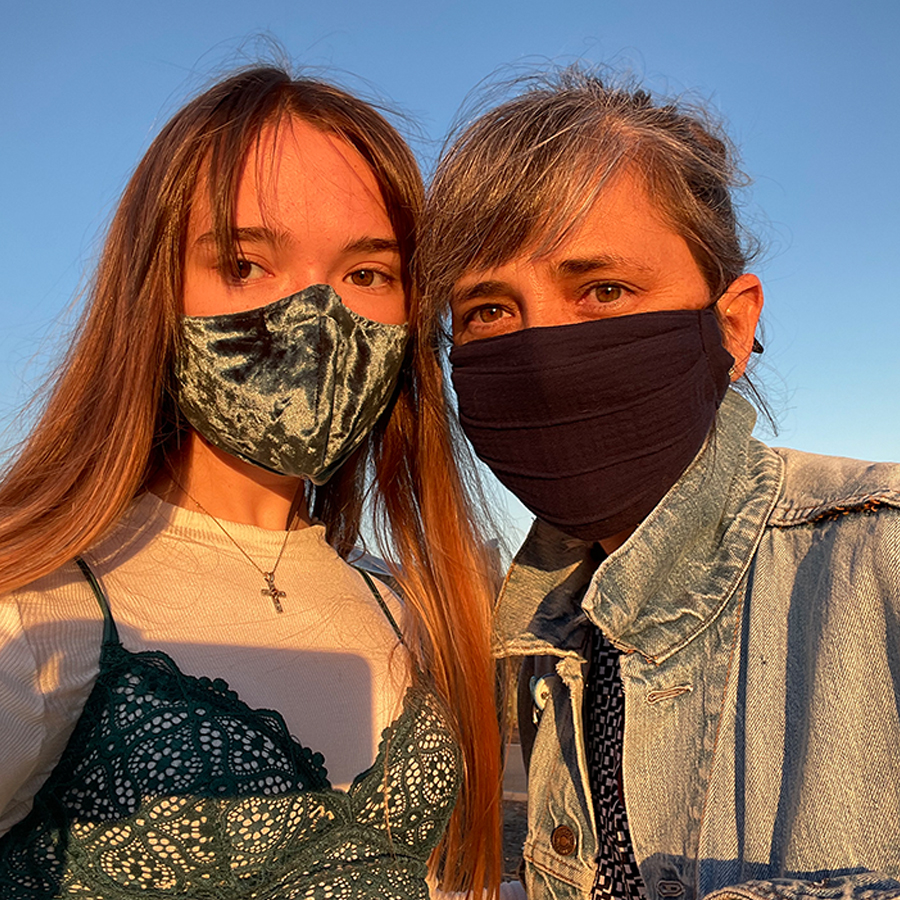 And lastly us because I am fond of taking selfies with this girl. I’ve been doing it since she was born before “selfie” was even a word. 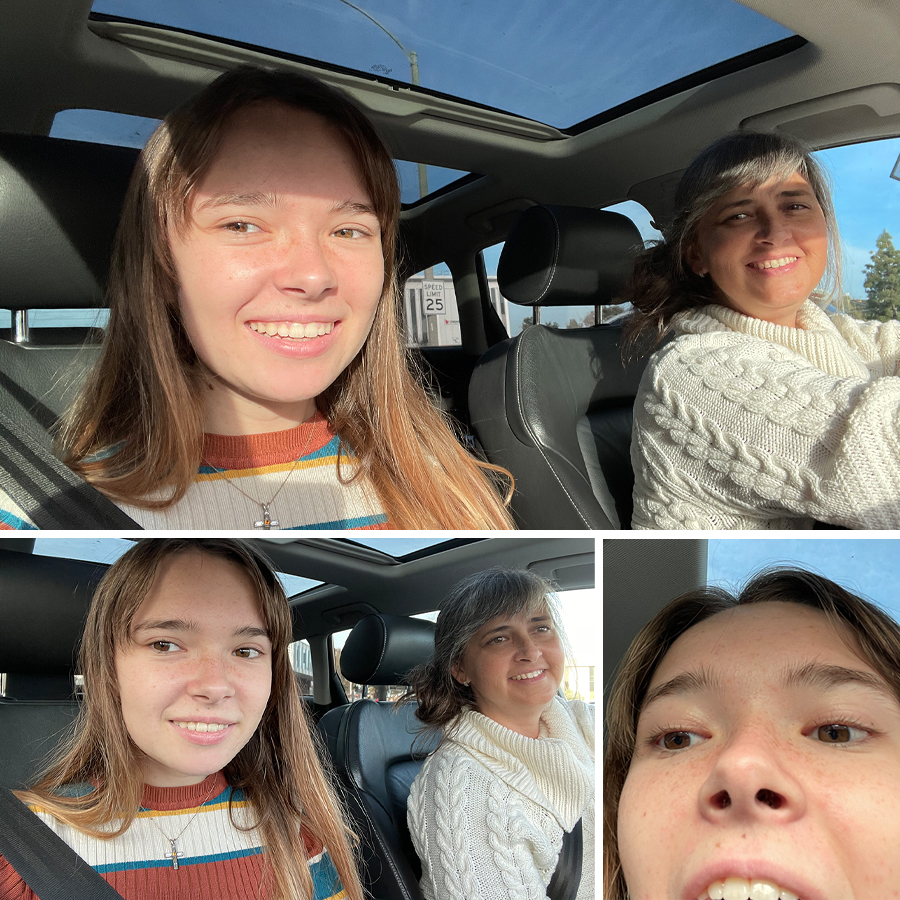 And lastly lastly finally a picture of her without her mask or braces that we took a few days later in the car. Actually she took it because I begged her and that is why you have this doofus gopher goofus picture on the lower right. She’s funny, I’ll keep her.