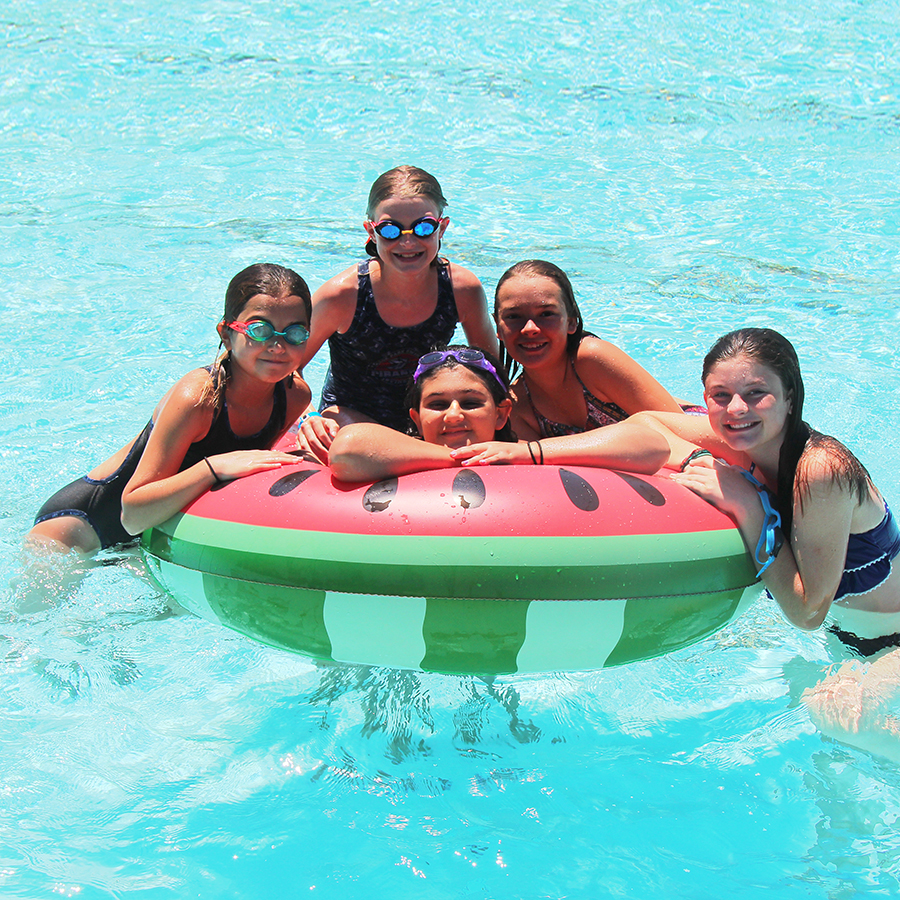 Art Camp is OVER! And it ended with a splash like it should. Between you and me I am so glad it’s over because it was so much work and it kicked my butt but we are already talking about doing it next year so I’m thinking it must have been worth it! I like the idea of it becoming a tradition. Maybe not the best business model but definitely something that the kids and I remember forever. 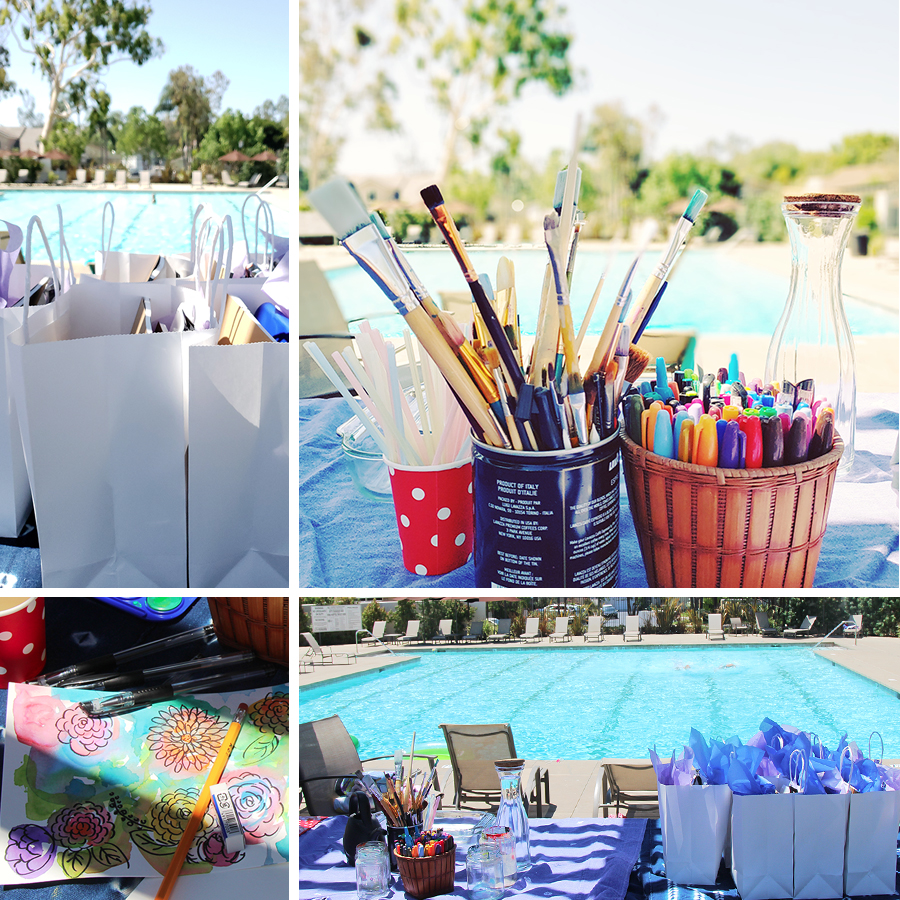 On the last day of Art Camp I knew we had to end it at the pool. It’s really the only place to be this summer as we swelter in the heat. Why not add some watercolor paint poolside and make it a party! A watercolor pool party! I could have really thrown some money into decorations and gone crazy with that theme but as I mentioned earlier art camp is not the best business model and I had to watch my bottom line and not go crazy with the party fever like I usually do. 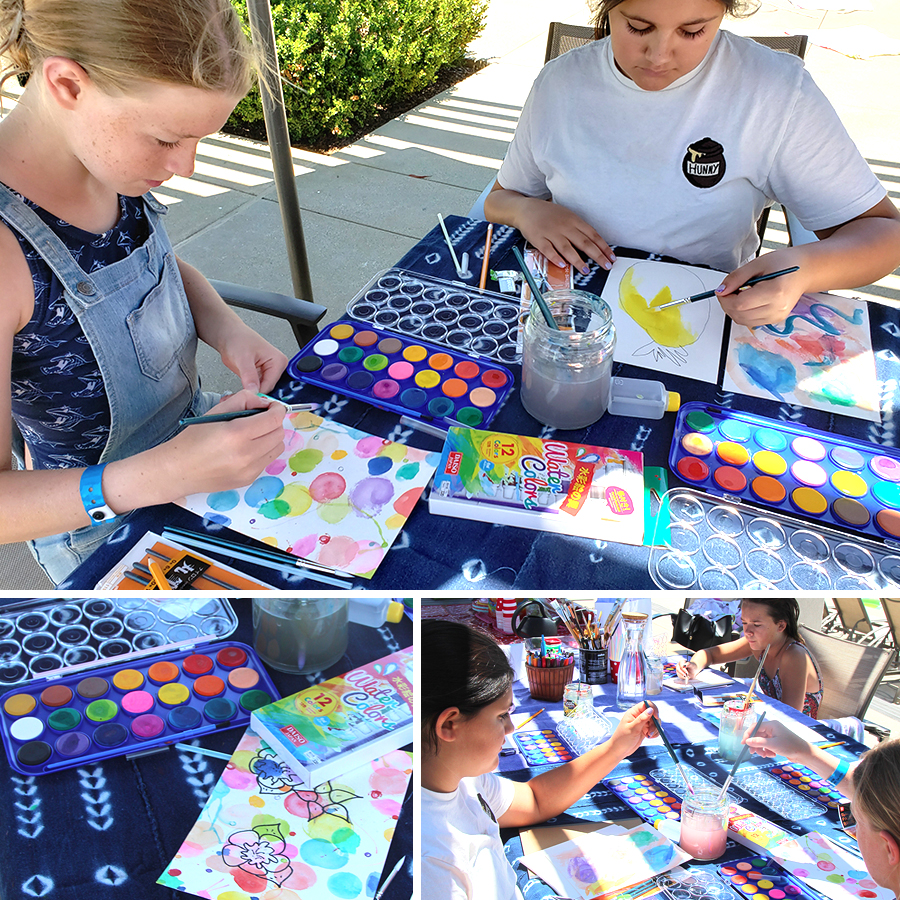 We painted poolside in the shade of the pergola in our home association’s pool clubhouse. It was lovely. There was even a breeze that obnoxiously kept kicking up our art supplies and knocking things over. At one point I got in trouble for having glass at the pool but paper cups were just not working in the breeze. Thankfully, the security guard left us to figure that out on our own and didn’t enforce the rules too strictly. 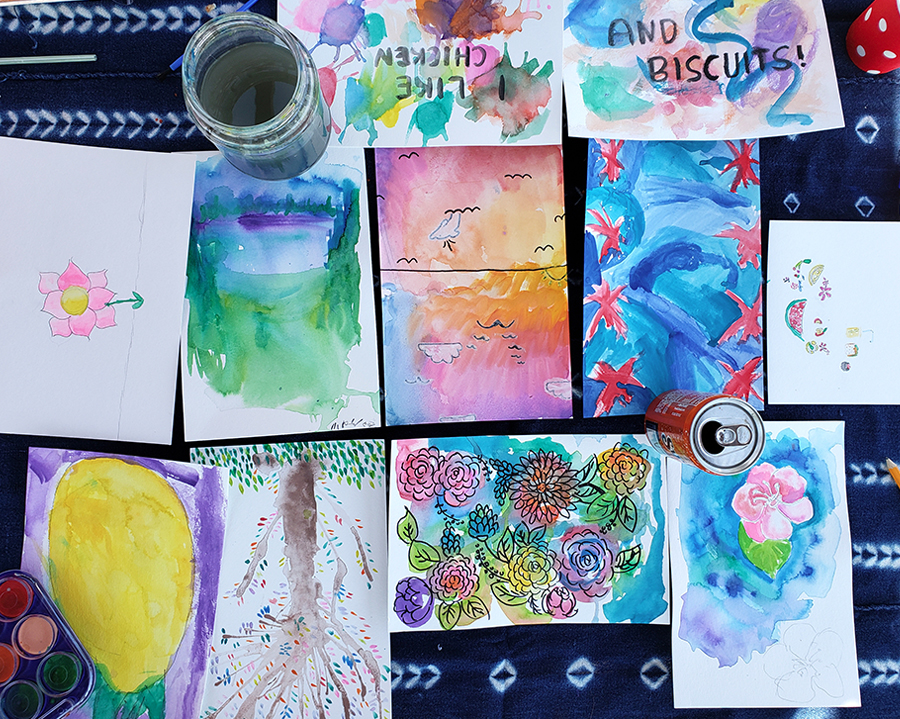 We painted and we painted. 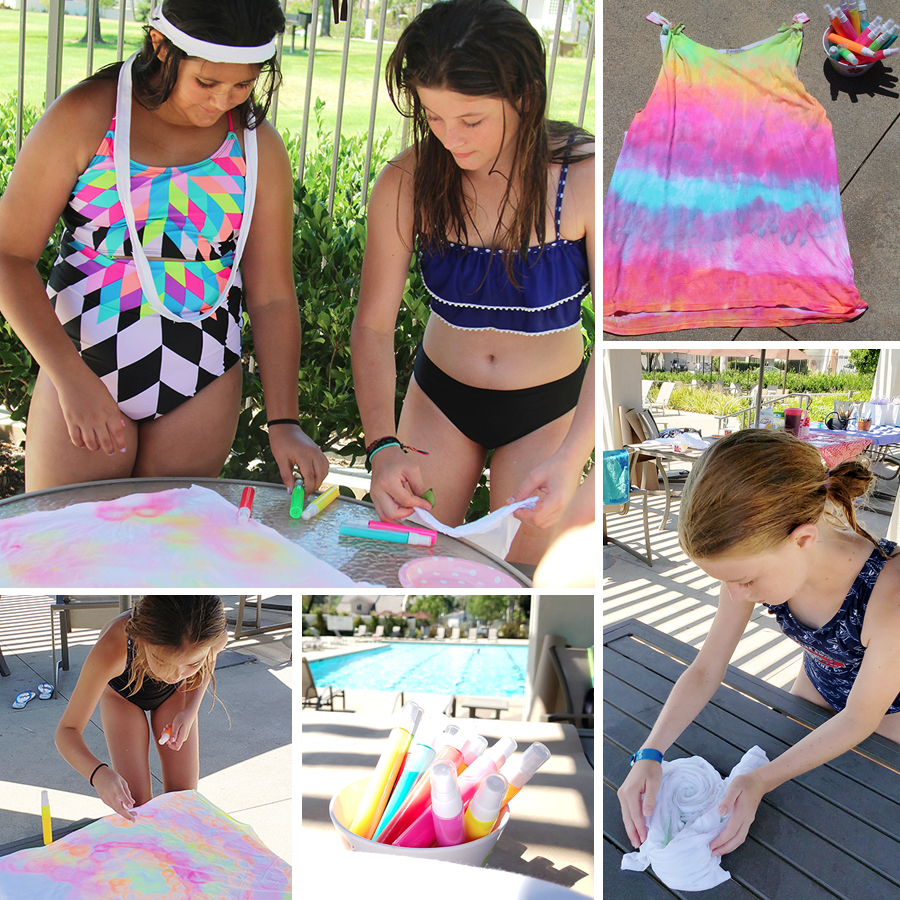 We even made swimsuit cover-ups ala alphamom. I love that craft. It’s so easy and fun. 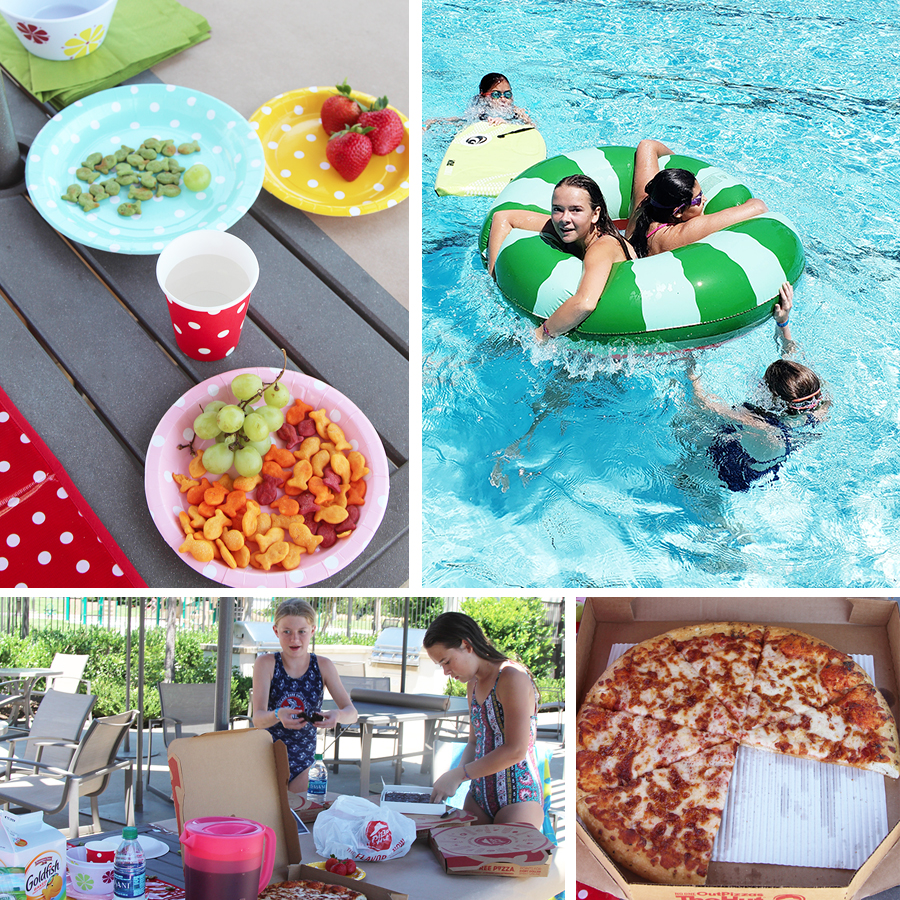 Of course there was food. It was a pool party after all. We’ve been living at this pool lately. 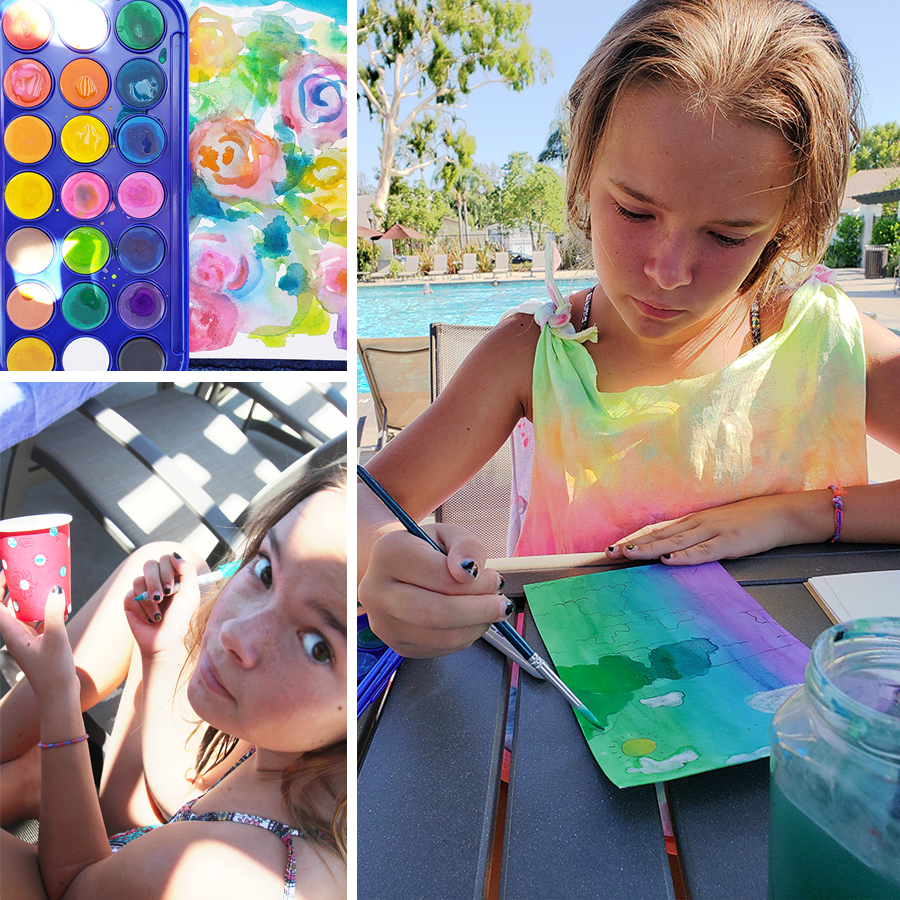 Poor Bug was sun-kissed to death. We all wore sunblock but since she and I were there since ten in the morning, and she spent most of that time in the pool in direct sunlight, I think she might have caught a touch of heat stroke. 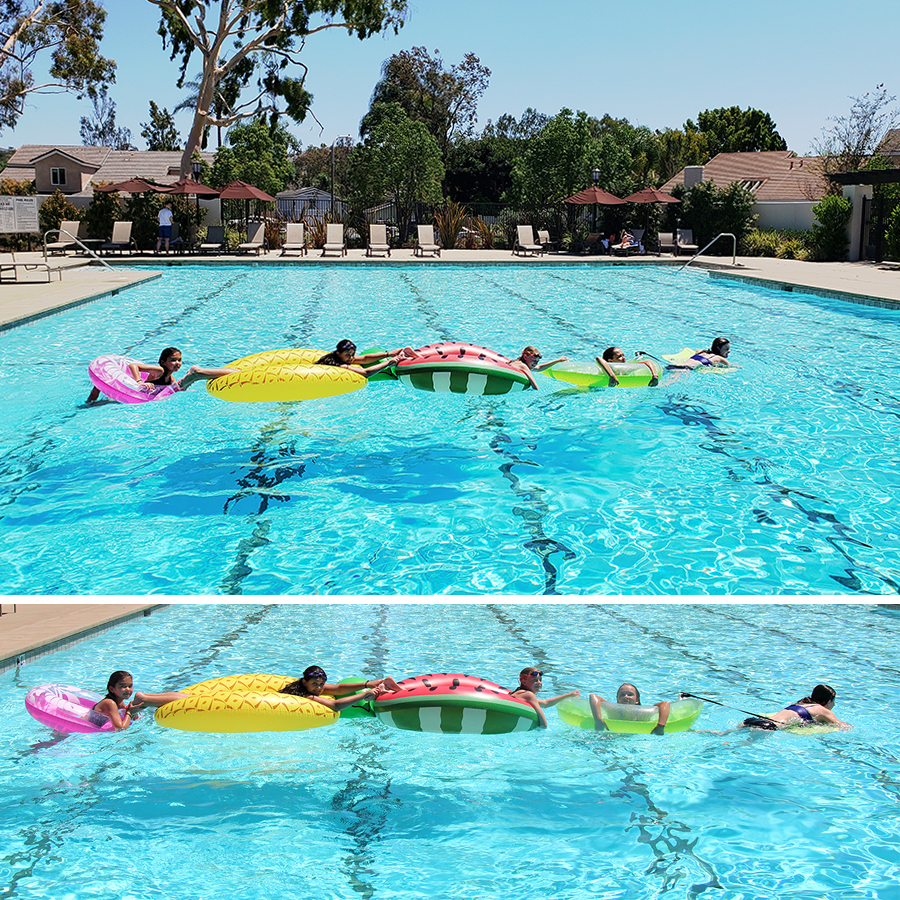 That night we all went home exhausted and a little sunburnt. We all had so much fun but I’m happy it’s over and I don’t have to think about it again until next summer! 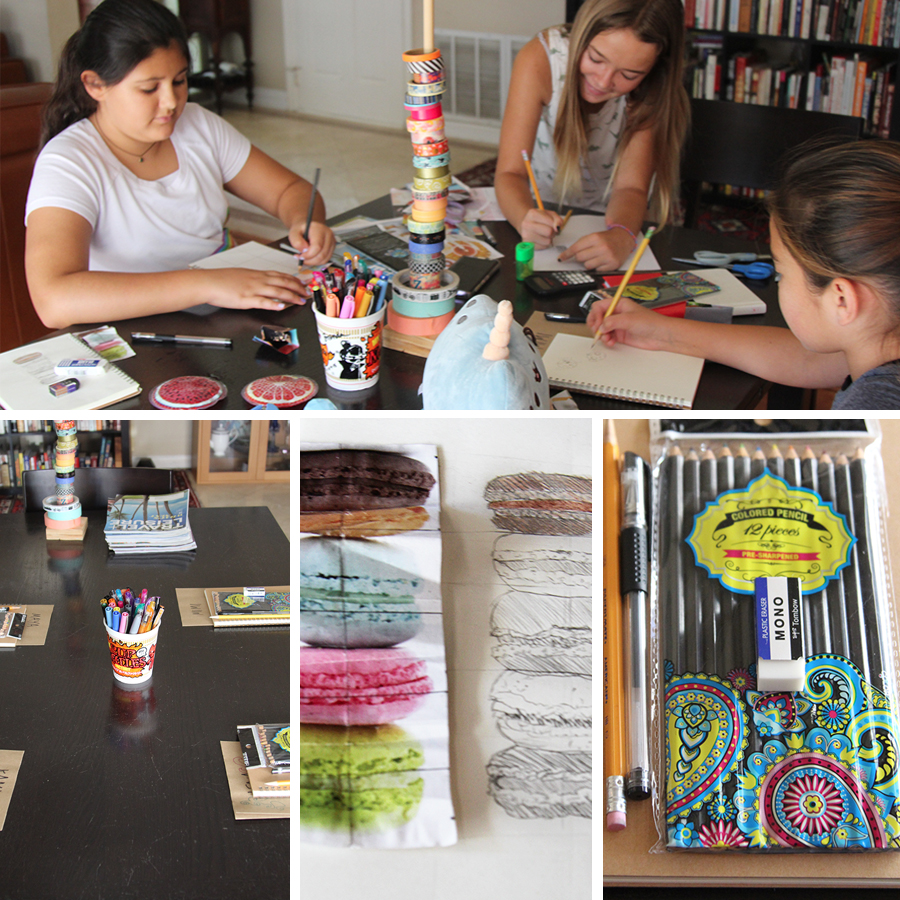 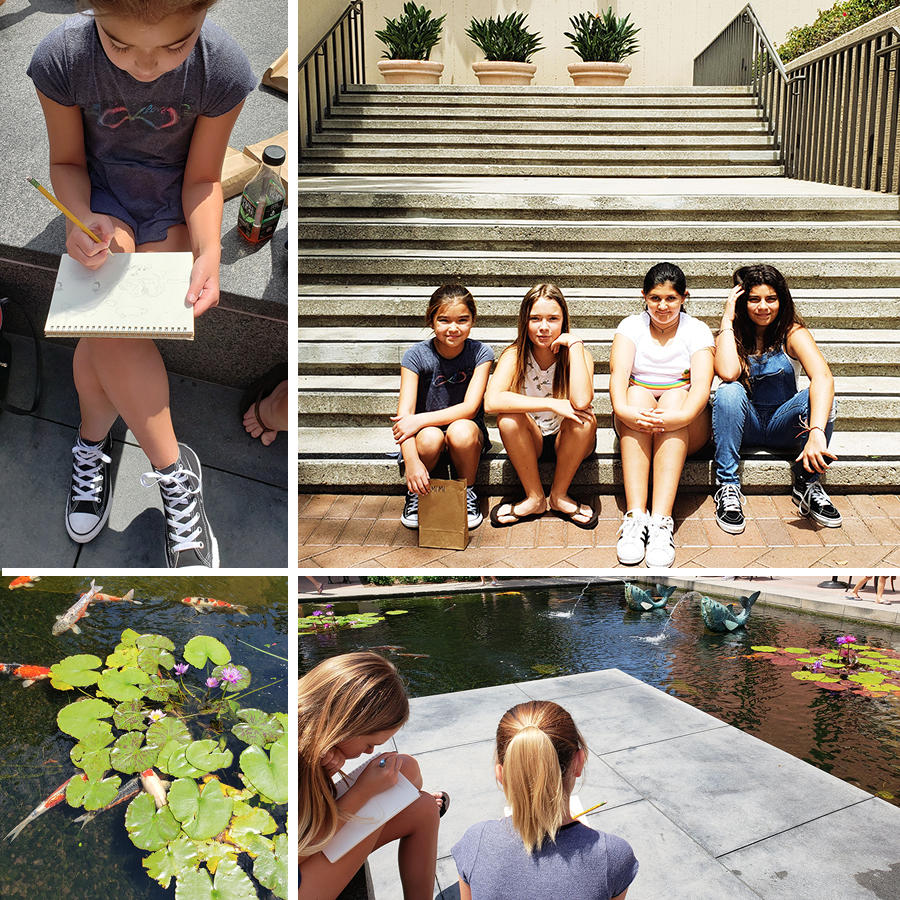 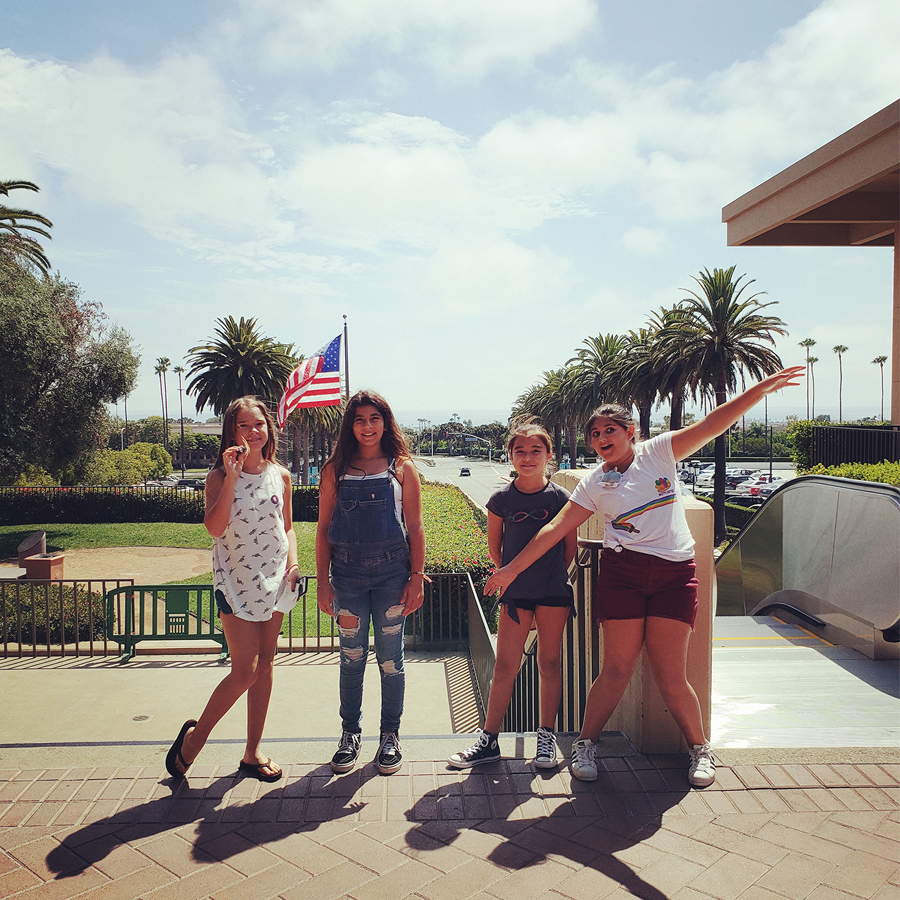 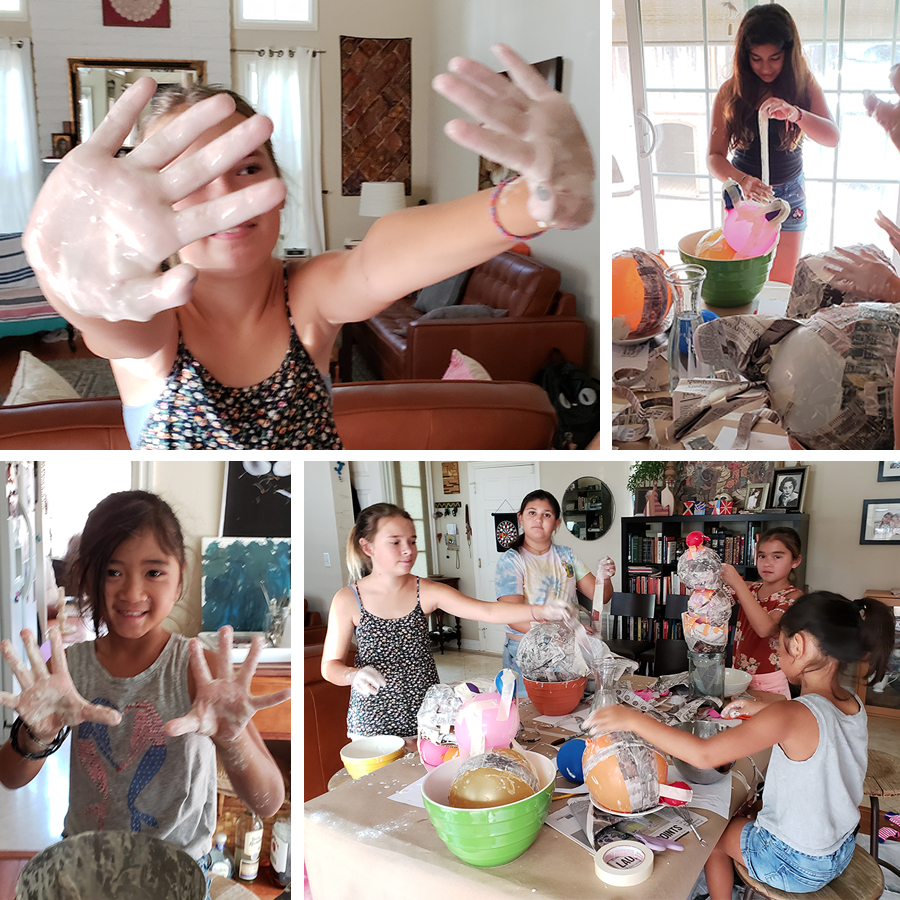 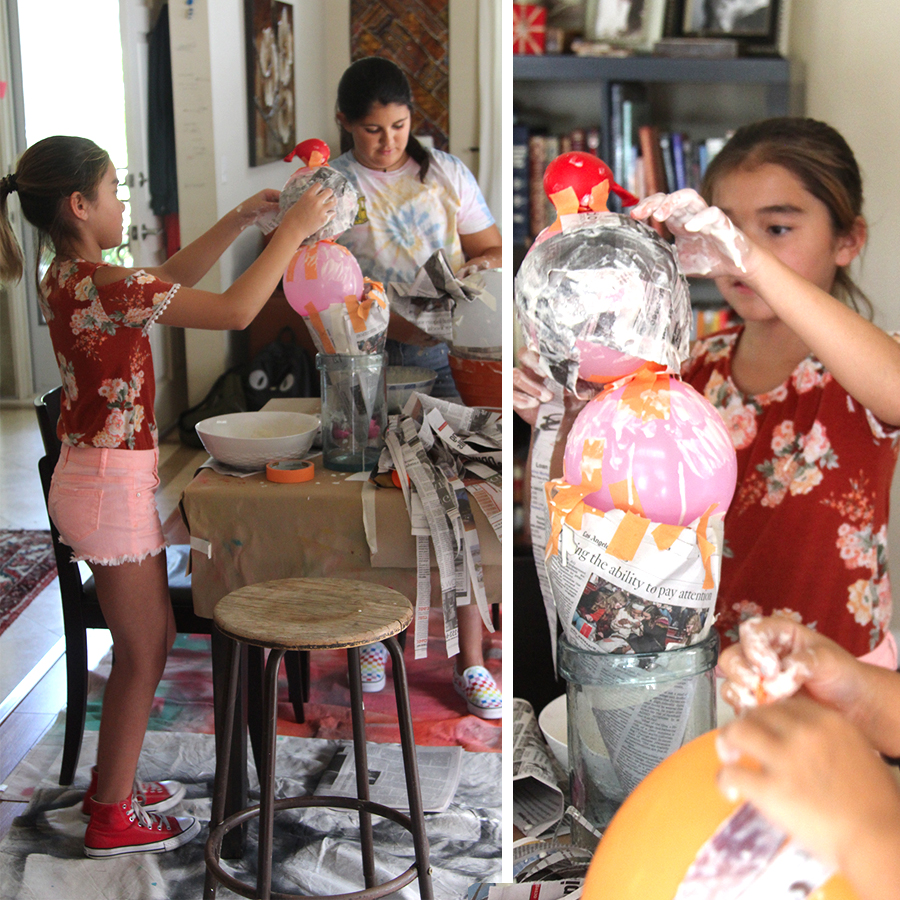 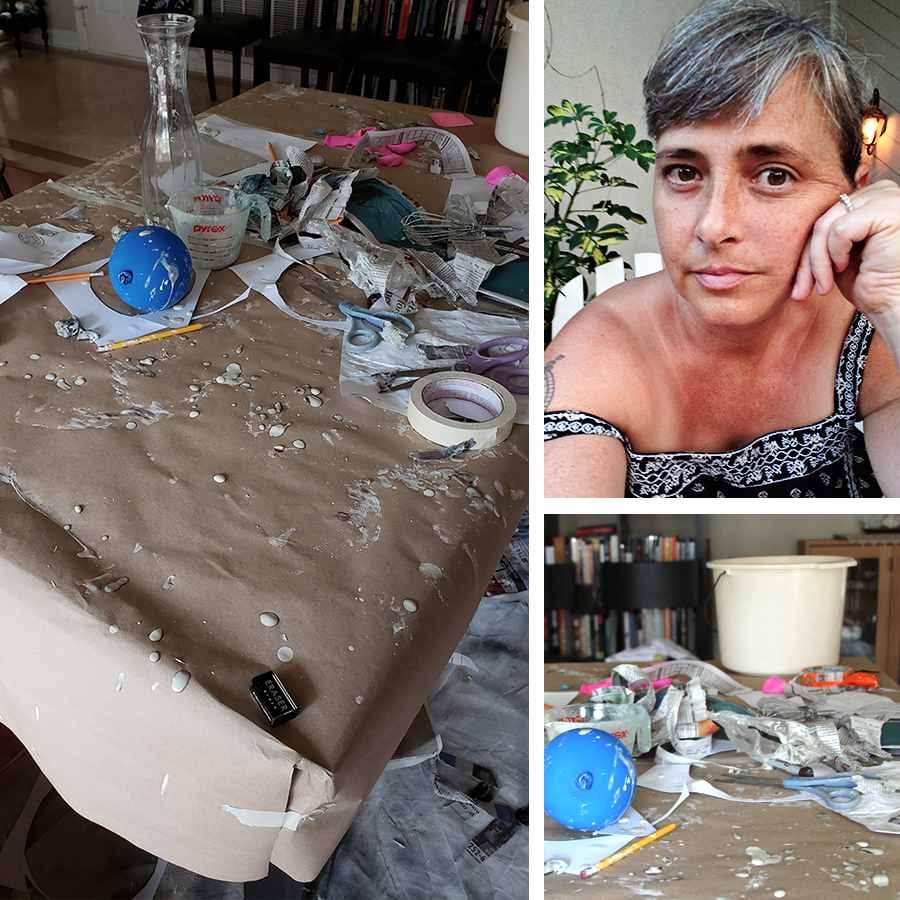 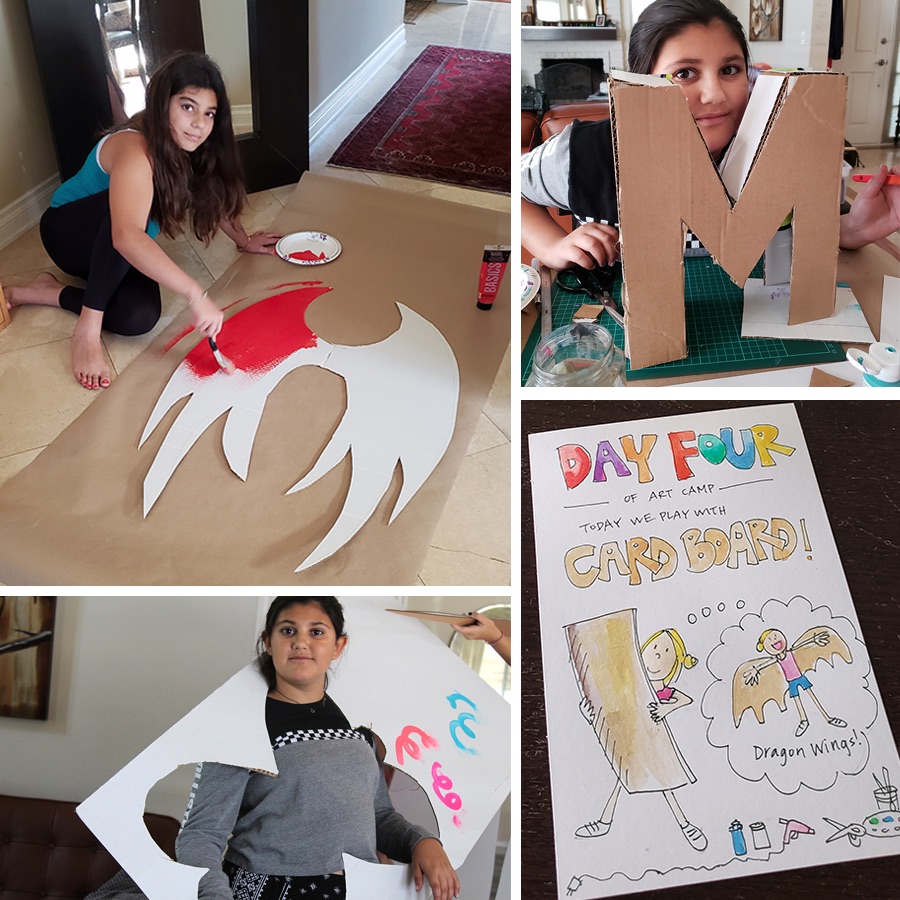 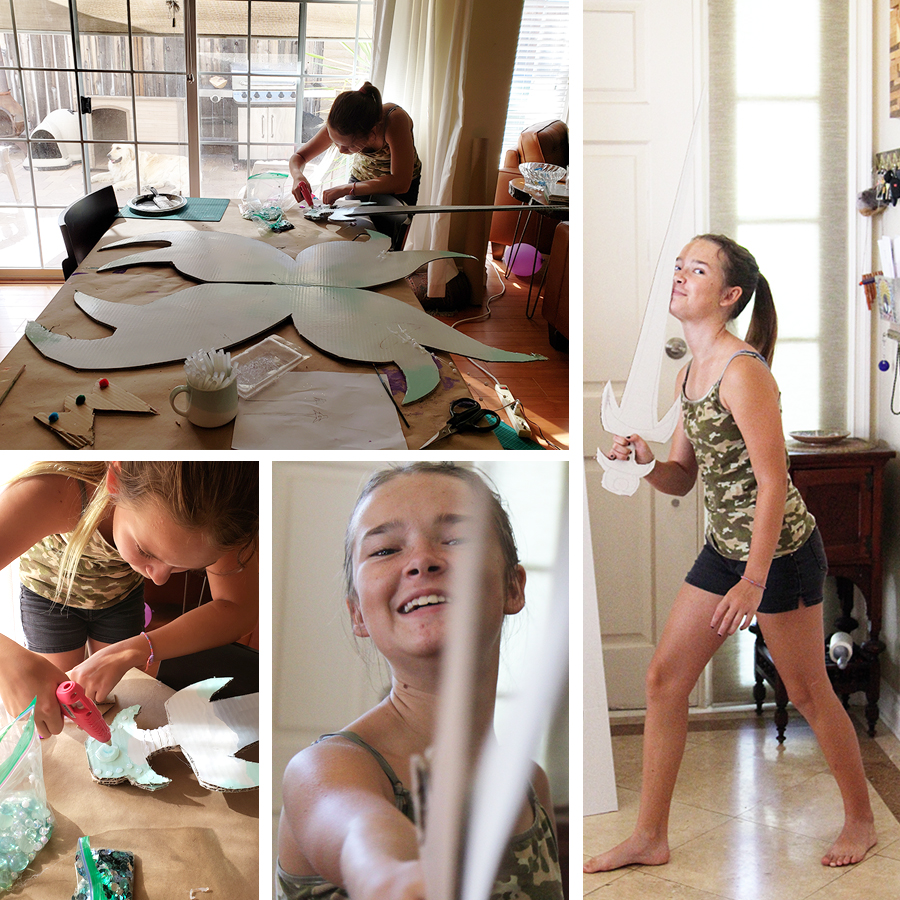 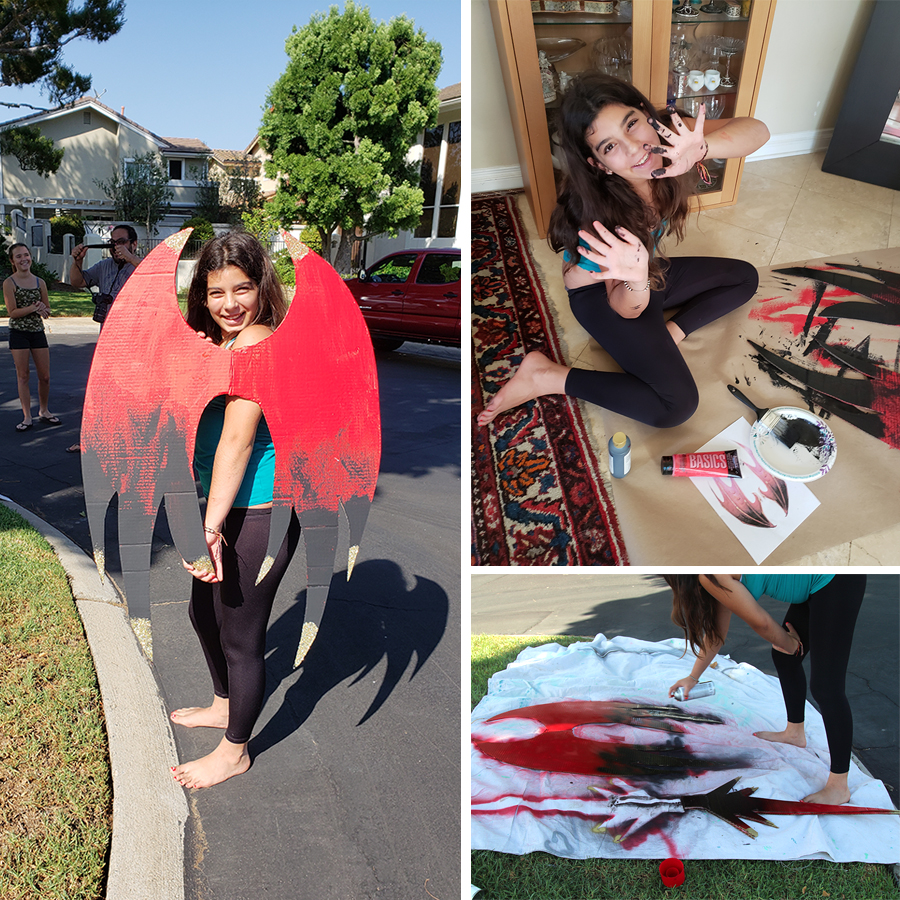 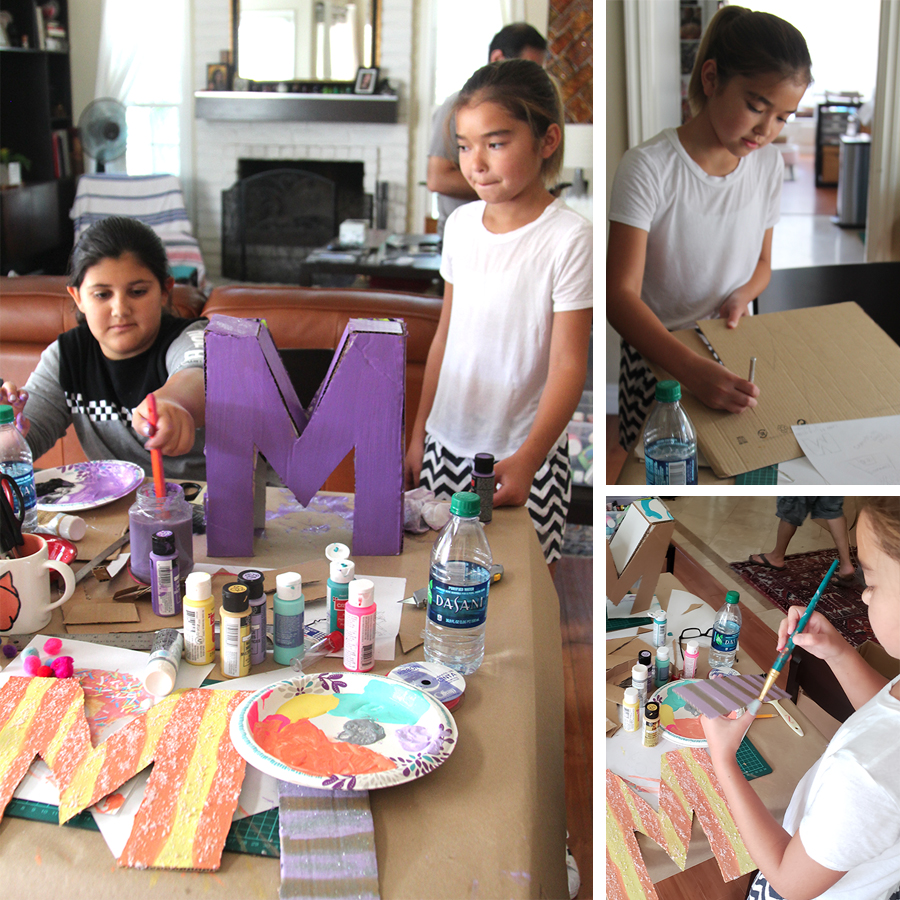 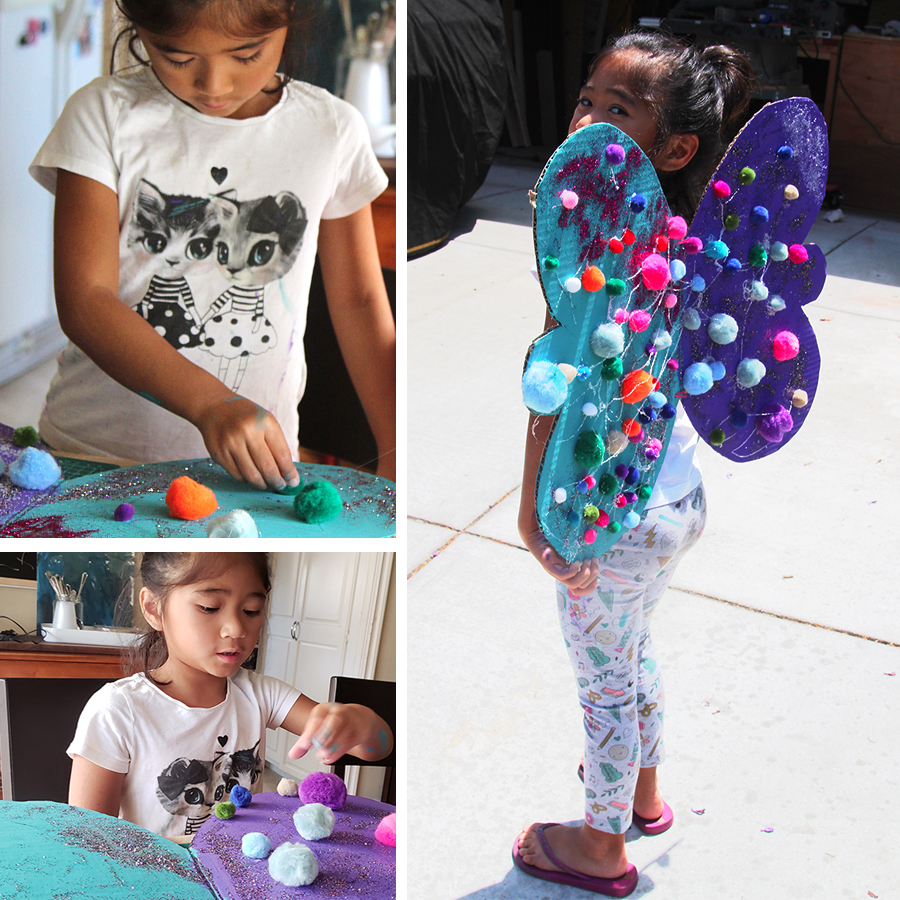