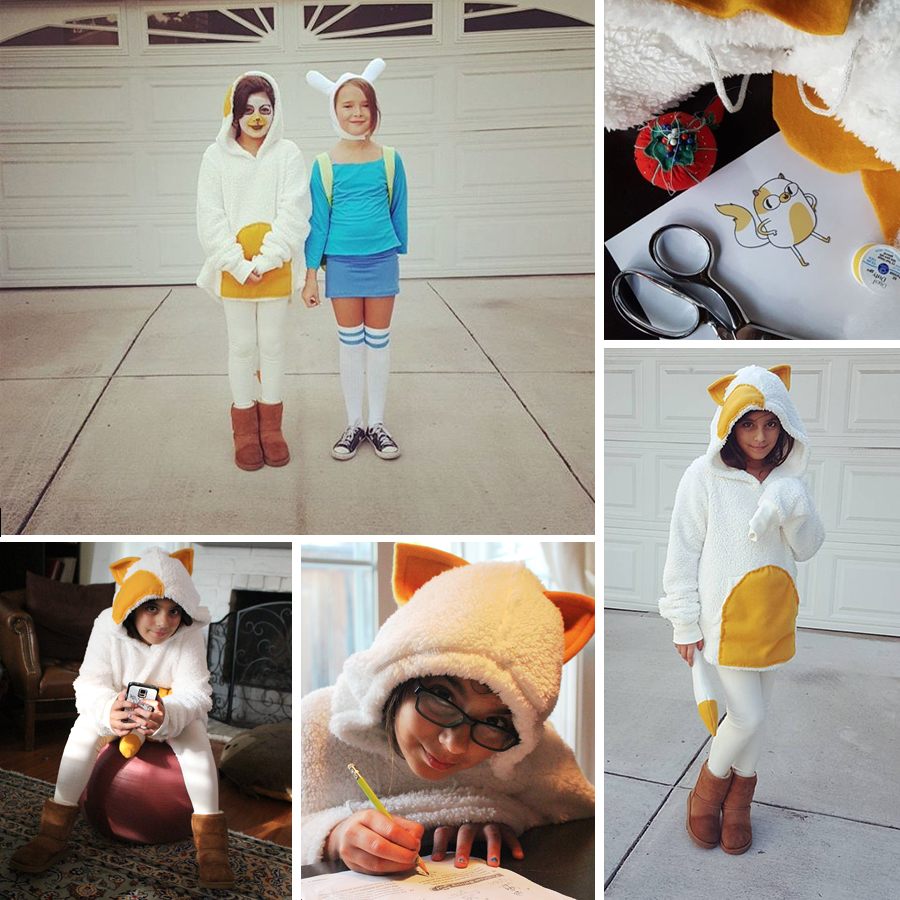 You know what happens when your mom makes costumes regularly for her blogging job? You think store-bought costumes are the best thing ever. It happened to me too.  My mom sewed a pumpkin costume for me and my brother when we were little. We wore cute little green hats and green tights and we were the cutest round chubby pumpkins you ever did see. I would give a zillion dollars to see a photo of us back then but guess what? I HATED THAT COSTUME! I wanted to be like the other kids who got to wear make up and dress up as gypsies and black cats. There were no princess costumes back then or I’m sure I would have wanted to be that too.

Bug humored me with the Galaxy Costume and she really did genuinely love it but you know what she really really really wanted deep down? A store-bought Fionna from Adventure Time costume. This is where I have to look sheepish and admit I have never even watched Adventure Time and I don’t really know what my kid watches when she is with her dad so it might be highly inappropriate but I figured if Bethany’s kids watched that show and they loved it then it must not be too terrible. Annalie actually has great taste. So I ordered it from one of those costume sites while we drove down the road on the way to Payam’s mom’s house. (Don’t worry, I wasn’t driving.) It was a total impulse buy to appease my kid for some other unfairness that I have completely forgotten about. Then later (of course) I did a little research and fretted about the shortness of the skirt and the hoochiness of the knee socks. That’s how I parent.

Bug was on the moon. She couldn’t wait for that costume to arrive. She talked about it constantly. She even talked Joon into being Cake the Cat as her companion. Only problem was that there weren’t any Cake the Cat costumes that we could order online. 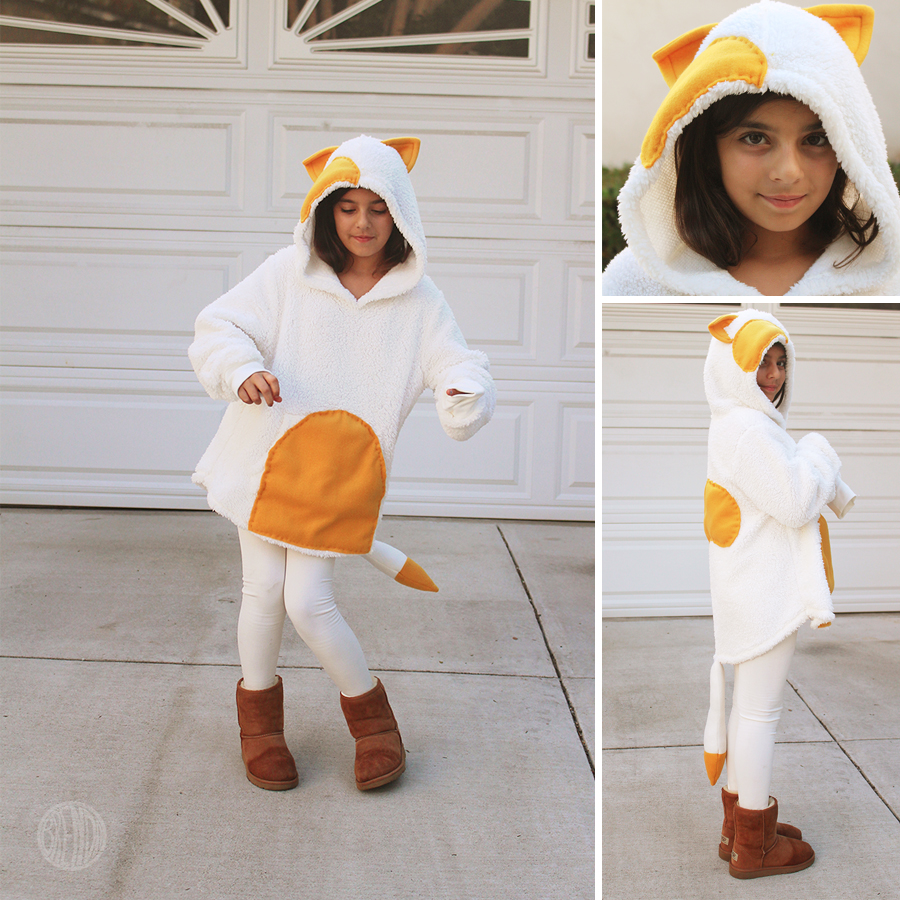 You know what that means!!! I had to make Joon a Cake the Cat costume. Poor me! Hahahahahhahaha!

That was the best thing ever for me. Joon and I headed off to Target to find a big fluffy white sweatshirt. Then we waited in line at the fabric store for our 1/8 yard of off-white felt and 1 yard of yellowish-orange felt. Or maybe it’s blanket felting. It’s nice durable fabric, not the kind that falls apart in the wash.

Joon loves helping me with projects. She is my number one assistant. Unlike Bug who has been there, done that and is so over it already. Joon loves to tag along with me everywhere. She even told the cutting lady what we needed while I took a quick bathroom break. When we got home I got to work. I sewed up a tail (trying not to make it look like a penis, which is totally hard!), some ears and cut out some big orange-yellow spots. Then I attached everything to the sweatshirt. It took a while and the felting kinda moved as I sewed, making everything ever-so-slightly off center but Joon LOVED IT!!

Unfortunately, it also brought out the green-eyed monster in Fionna. Nothing went right with her store-bought costume. The skirt was age-appropriately knee-length and not butt-hugging like the character in the cartoon. The shirt didn’t fall off her shoulder. Her hair was the wrong color and everything WAS ALL WRONG! It was a disaster. So I gave in and altered the store-bought costume. Not too terribly hoochie-mama but just a little bit. It was a compromise. Then I let her wear some really light pink blush and lip gloss and all was well again. The things I do, man. Parenting winner over here.

Anyway, Cake the Cat was awesome and Fionna was too. They actually even hung out together at the school dance/parade which is huge for Bug because she’s the cool kid and little half sisters are so uncool. I know. We are working on that. They actually get along famously but you know how it goes.