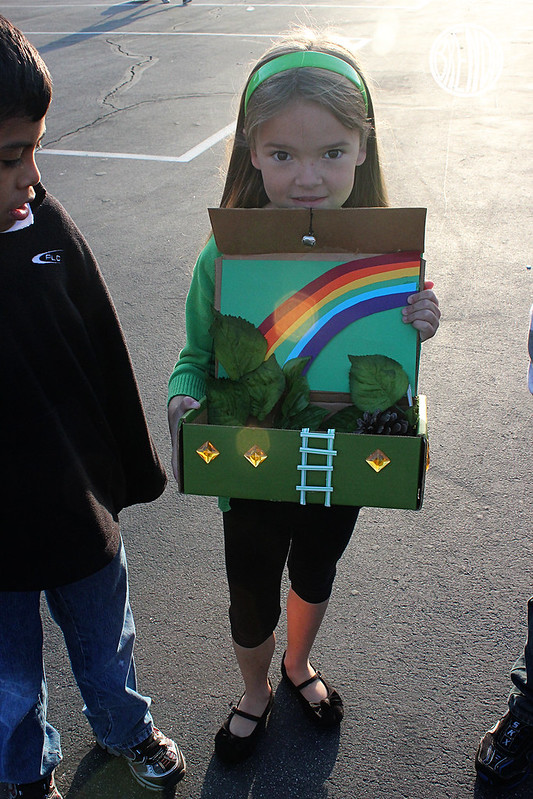 Bug had the most interesting homework assignment this week. She had to build a Leprechaun trap. I love her teacher. She always assigns her students with the coolest art projects for homework. If I was a first grader in her class I would get an A+ or an O for outstanding or whatever it is they give out these days.

They even get to draw pictures for their math assignments. If I was a student now I could be a drawing math whiz! Can you imagine? That would have been so much better than that stupid math baseball game we played in second grade where I had to stand at the blackboard in front of the class with shaky knees and add and subtract under pressure while all the other students yelled at me. Hey Battah Battah! Nah, I’m not bitter. I don’t blame my dyscalculia on my second grade teacher or anything. Heh.

Anyway, this is not about me. This is about Bug and her school art projects. Amazingly, it doesn’t seem to hurt Bug if I get involved. This is always a worry for me because if I’m not careful I’ll completely take over her art projects and then it’s me who’s all excited to get a grade and not my kid. I tried really hard to not butt in with this one too but I have to admit I did sort of take over at the end. It’s just that she wanted to make the Leprechaun a bed out of a coffee sleeve and then I had this brilliant idea that we could make a pot of gold (sort of like that coffee sleeve) that could actually snap when the Leprechaun tried to steal a gold piece. 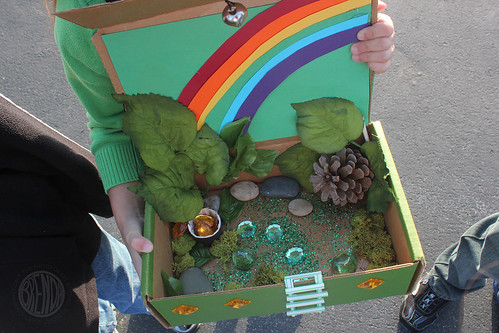 So I let her decorate the box. I just provided the supplies. What? I can’t help it that I happen to have green leaves and green glitter, translucent stones and every color of construction paper in my craft box. It’s my job to have these things! I also have a glue gun too and next thing you know I was helping her glue in rocks and a pine cone and it just got more and more fabulous. I couldn’t help it. And then I helped her cut out the rainbow too because the scissors flew into my hand when she sort of lost interest after red. You know how that goes.

Yeah, I suck as a parent.

She made the ladder though. All by herself. I just glued it. I wanted to get rid of the ladder, personally, so I figure letting her keep the ladder counts as me not taking over too much.

But who cares about that, let’s get to the best part! 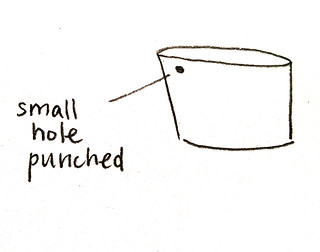 Exhibit A : hole punched in small cup (which we then covered with black paper to look like a cast iron pot) 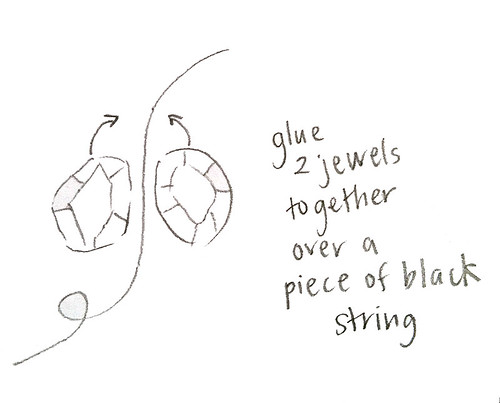 Exhibit B: To make the gold piece bait we hot-glued two gold gems together with a piece of embroidery thread between them. Hot glue is my best friend. It holds tight and is Leprechaun proof. 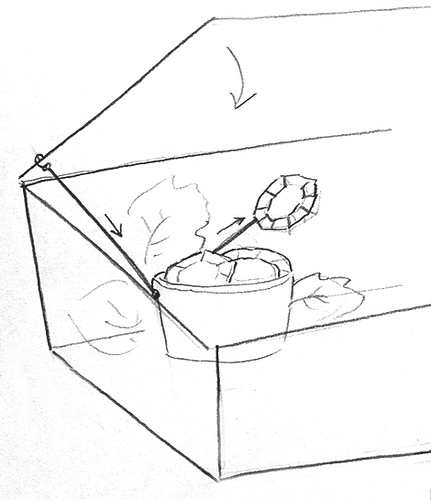 Exhibit C: The piece de resistance! The black embroidery floss is then attached to the lid like so and then covered with leaves to disguise it. 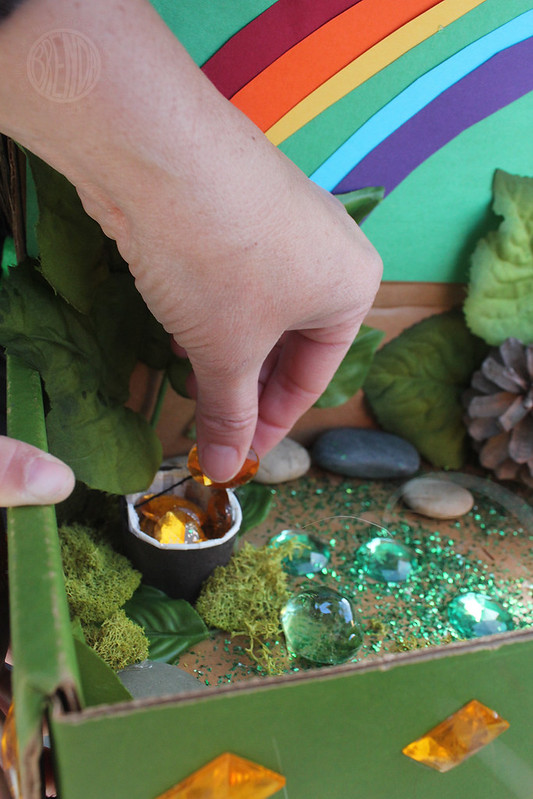 If you try to snatch the bait piece of gold (all the other jewels were glued down) the lid snaps down on your Leprechaun head! We tried to make a movie of the action but then the lid stopped working and I had to reinforce the hinge with a bendy straw and then we were late to school and now it’s held hostage at her school. Maybe I’ll finesse the whole craft next year for Alpha+Mom and make a movie then.

Which reminds me, do you need a Saint Patricks Day activity? I’ve got one for you over at Alpha Mom! A Leprechaun Treasure Hunt! 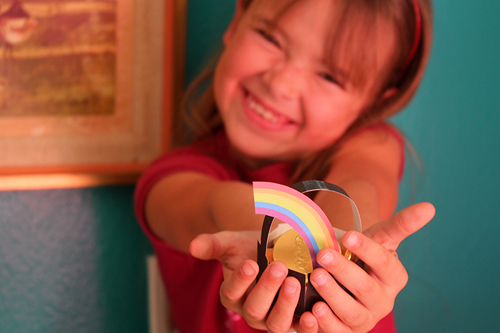 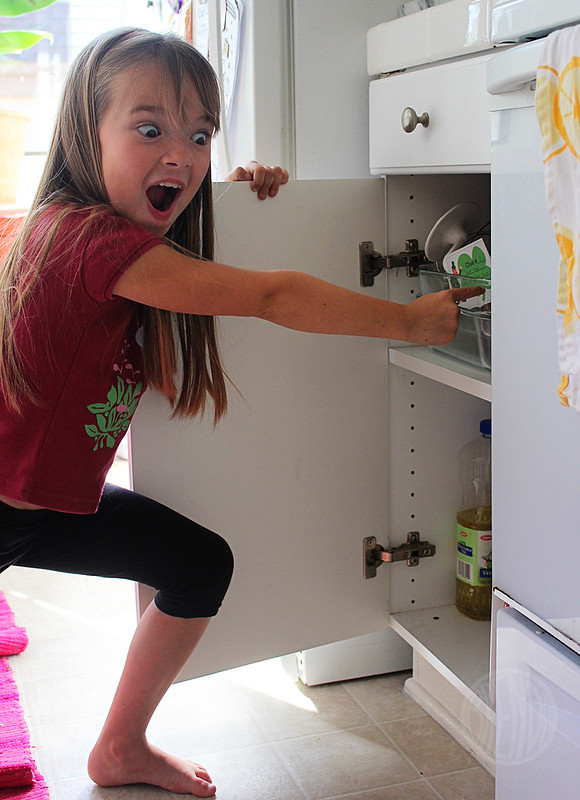 Those Leprechauns get into everything!