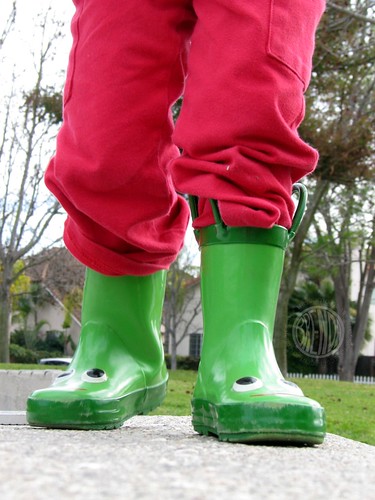 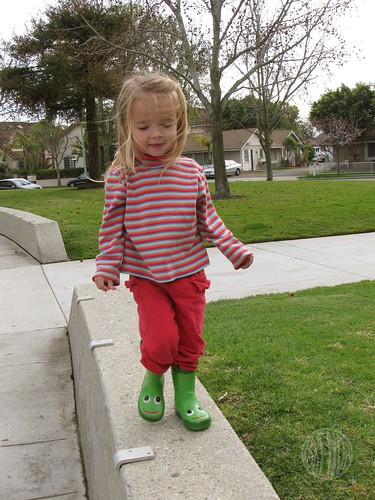 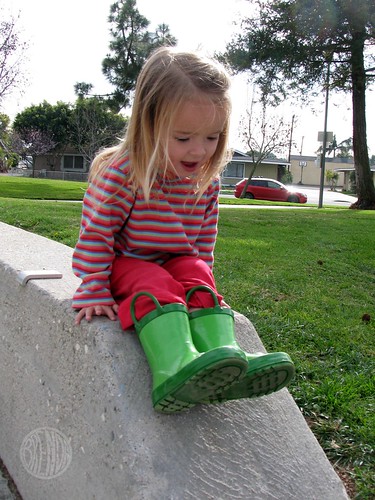 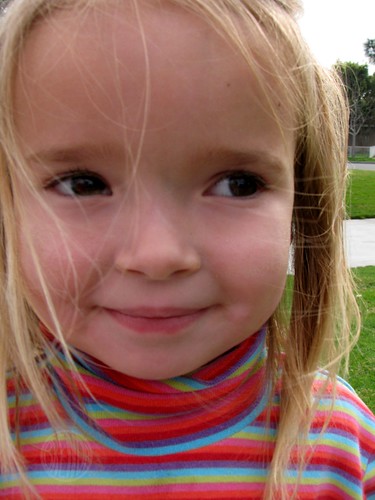 We are excited to be back in the land of health. Thank you so much for all your well wishes and prayers. I did take Bug to the pediatrician’s walk-in yesterday morning but when I saw the line around the building of mothers and sick kids, I turned and ran for the hills. There are a lot of sick children out there right now. I’m pretty confident that Bug is on the mend. Her stomach is still a bit persnickety but we made it all the way through yesterday without any puking!

She’s her old jabbery, cheerful self. In days she’ll be bouncing off the walls like old times. It’s so good to have her back. 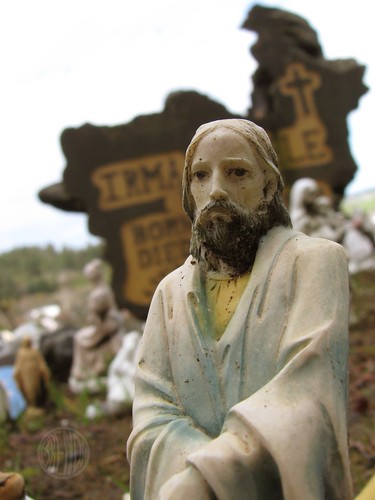 My Great-Aunt Velma died today at eight-something in the morning. We are not sad about it. She was 98 years old. She was a feisty old lady who lived a long happy life. The end was really hard for her though. I know for months she fought dying but her body just kept breaking down. Every day was incredibly painful. She talked about God and Jesus a lot and I know she is in heaven but still letting go was difficult for her. I think she held on as long as she could.

My mom says my aunt had a long talk with my grandpa (her brother) this morning and then just finally felt at peace with it. And then she died. It’s strange how sometimes death can be so slow that you can almost count your days right down to the very last one…and then other times it’s snatched from you when you least expect it. 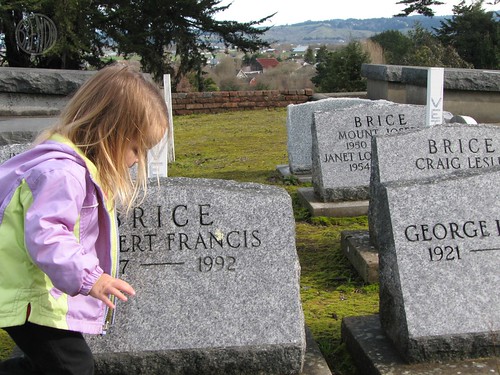 A few weeks ago Bug and I went to the laundromat to do our laundry. As usual we were excited to see Judy, an employee who worked the fluff-and-fold service at the back. She was a funny old lady with a lazy eye that listed off to the left. She never really smiled much but everyone loved her. She was sort of grumpy but with a soft center. She had a great memory and would always remember whatever you had talked about the last time you had been in, even if it was six months ago. She liked purses and was always complimenting me on whatever bag I happened to be carrying. She really liked Bug and Bug liked her.

Then one day we walked in and Judy wasn’t there. At the front of the laundromat there was a sign saying she had broken her hip, gotten a blood clot and died on her way to the hospital. The owner knew she would be missed by many. The note rambled on a bit, a sort of thank-you to the community and introduction to the new employee at the back, Maria.

It was shocking. I stood there and re-read the note three times. How could this happen? I had just talked to Judy the week before. I can still see her face so clearly in my mind even though it’s been five weeks since it happened… 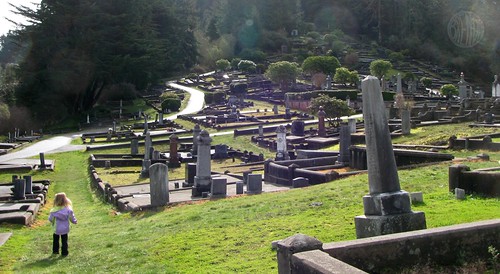 Bug and I have talked about Judy a lot. Judy is the first person that Bug knows that has died. I think she understands that Judy is “in the sky with Jesus” but I’m not sure. When I first told Bug that Judy was gone and wouldn’t ever come back she asked if we could “buy a new Judy.” I wish we could. We really miss Judy.

For some strange reason Bug was being really well-behaved today at the laundromat. I decided to stay a while and fold my laundry on the nice counters they have set up for that. Usually I’m a frazzled mess and cram everything into my giant zip-lock bags and get out of dodge as soon as I can. Even Judy in all her quirky kindness couldn’t make me love sticking around the laundromat any longer than I had to. But today I just felt like staying.

Bug curled up on one of the comforters I had laundered and quietly sang to herself. As I stood beside her folding the clothes, I listened to random strangers come in and talk to each other about Judy. Everyone had a story to tell. One older man, in his 60’s, seemed especially disturbed. He said he didn’t know Judy very well but he’d had a connection with her over their health. I don’t know his full story but I gather that he has had a heart attack and was thinking about death a lot too. Maybe he and Judy are the same age. I guess they both were on some of the same medication.

Then he walked back to his own laundry and I could see from his shaking back that he was sobbing silently. It broke my heart. I didn’t know what to say to him but I felt like I had to reach out. I went over to him and patted his back awkwardly. I told him about Bug and me and how we miss Judy too. He smiled at me and thanked me. Then he went back to folding his t-shirts. Later when he was done he thanked me again. “You just never know where you are going to find exceptional things in life,” he said.

I’m not sure exactly what he was referring to, but the thought that stuck with me is that even though our paths through the laundromat were brief and fleeting they were still meaningful. None of us know each other there. We pass each other weekly. Some faces are familiar, some are not. It’s a community but the only common denominators are our laundry and Judy. Judy is that exceptional thing that we didn’t know we had.

It’s been more than a month and still people are talking about her. I wish there was some sort of memorial to her. A picture, a tree…something. I know it would be covered with fond farewells. If only we could tell her just one last time how special she was. A silly cranky old lady with a lazy eye. I never knew I would miss her so much.

Of course this sort of makes me feel a bit bad about not missing my aunt as much as I miss Judy but it’s more of a practical selfish day-to-day missing that I feel. I didn’t know Judy. I didn’t know her family life or where she lived or what her dog’s name was…I just know that she’s not there anymore and now there is an unexpected void. 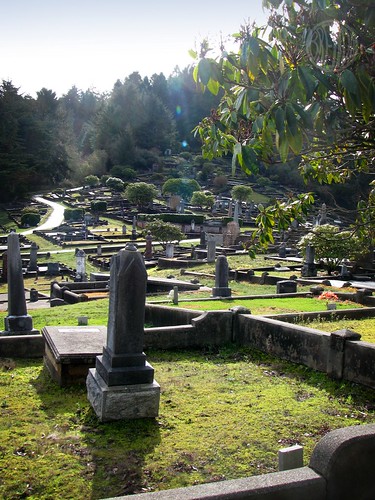 I know this sadness will pass. New faces will take her place. New friendships will be formed. I think I just want to end this post with the thought that we should reach out and thank the Judys in our lives because they might not be there tomorrow.